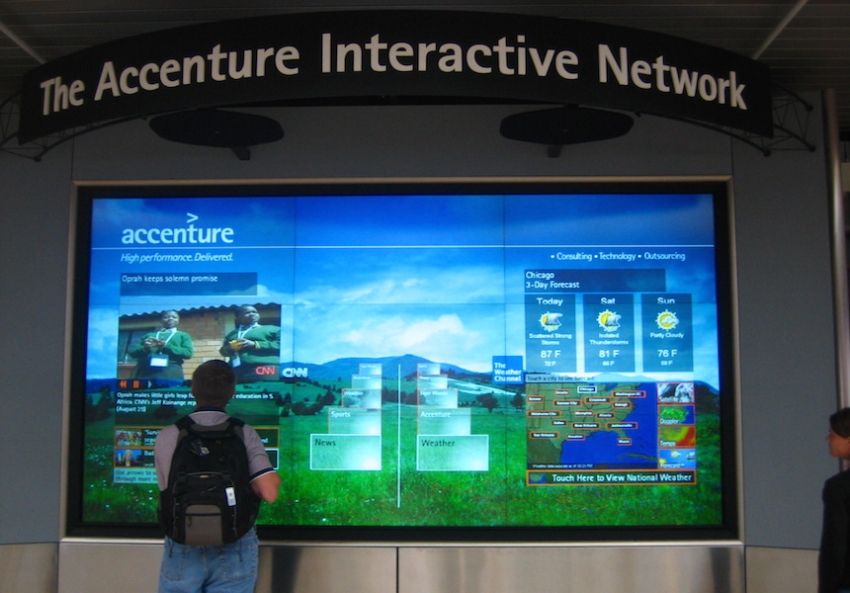 Before Elton Kent ever set foot in New York, his career was going swimmingly. A son of India’s upper-middle-class, he had cut his teeth at a start-up, and finagled that into a prized job offer as a software engineer at the most prestigious firm in India: Accenture. Then, he says, in 2012, another stroke of good fortune came: Management was going to transfer him to New York City.

To bring him to the United States, Accenture applied for an L-1 visa, one of two visas for workers with knowledge or skills deemed to be in short supply among Americans.

Kent didn’t realize it, but when he got off the plane in New York in the fall of 2012, he stepped into a long-simmering dispute between software service providers like Accenture and American employees who see their profession undercut by foreign guest workers. Those guest workers, in turn, are often leery of making common cause with their American counterparts, fearing that by speaking out they may lose their visas or damage their career prospects back home.

But Kent says the issue is one of basic fairness. A month after quitting Accenture, in November 2015, he filed a class-action lawsuit against his former employer, citing “frustration and dismay at…uncorrected discrimination in compensation and promotional opportunities.” The suit alleges discrimination on the basis of national origin and says he was paid less than Americans who performed the same job and was denied the same benefits. It seeks the compensation he believes he would’ve made had he been an American citizen, plus legal fees.

Guest workers in the software industry may seem odd poster children for workplace injustice. Many come from backgrounds of relative advantage in newly industrialized countries like India or the Philippines. While their salaries may be lower than those of their American counterparts, they still typically qualify as squarely upper-middle-class. During most of the three years Kent was employed in the United States, he made $85,300 annually, according to Accenture human resources records.

But in an April 29 memorandum in support of Kent’s motion for class certification, his legal team analyzed the salaries of “software engineer senior analysts”—Kent’s official title—at Accenture’s New York office during the time he worked there.  The analysis paints a picture of a guest-visa workforce that consistently earned less than their U.S. counterparts.

Over a two-year period from 2013 to 2015, they wrote, only 25.2 percent of employees in the company’s Global Careers Program—a team made up exclusively of foreign guest workers— earned $75,000 or more per year.  That’s compared to 68.8 percent of non-GCP employees.

Accenture declined to comment for this article.  But in a mid-April affidavit, the company contested the pay analysis, saying that “no reliable method” exists to measure whether GCP and non-GCP employees hold comparable positions.

Both sides are slated to present arguments on the motion for class certification in September.

Less white-collar instances of L-1 exploitation have emerged. In October 2014 the Department of Labor investigated a printing technology company in Fremont, Calif., and found it had been paying Indian IT workers less than $2 an hour to install computer systems.

But the main argument levied against L-1s and the other temporary visa for tech workers—the H-1B—is that these visas give companies a cheap source of labor that undermines U.S. workers, essentially offshoring their jobs without moving them overseas.

In 2004, the Orlando Weekly ran a feature titled “Mike Emmons is Mad as Hell.” Emmons and 20 other software developers were informed by management they would be laid off—then required to train their Indian replacements, who were hired on L-1 visas. If Emmons and the others refused to stay on for the training, they’d lose their health insurance. Emmons couldn’t afford that. His daughter had spina bfida, a degenerative disease of the spinal column. After the experience, he became an crusader against the visa system.

In theory, employees on these visas are supposed to have specialized knowledge of a sort that’s hard to find among Americans. L-1 workers, for example, need to be managers or executives at the foreign facility. To get an H-1B, applicants must be seeking work in a “specialty” occupation and have at least a bachelor’s degree.

Silicon Valley execs from Bill Gates to Mark Zuckerberg have long maintained that such visas are necessary to fill a domestic shortage in STEM knowledge. Some experts disagree.

Aman Kapoor is the founder and president of Immigration Voice, a D.C.-based advocacy group for high-skilled guest workers that tries to pose a counterweight to Silicon Valley lobbying. “Even among immigrants, we don’t believe that the shortage is real,” he says. “It’d be true if they said there’s a shortage of talent at a specific price. These guys are unwilling to pay the price. …  And they make sure that people coming in outside have few rights [so they can] pay them less and get more work out of them.”

Ron Hira, a political science professor at Howard University who has spent well over a decade researching visas for high-skilled workers, notes that such visas have few educational requirements. “There’s no educational requirement on the L-1 at all. And 80 percent [of workers] on the H-1B only have a bachelor’s degree.”

Some of the L-1 workers might have hard-to-come-by knowledge of a company’s internal workings. The problem is, Hira says, that visa officers don’t know how to assess that. “I think there’s very few [such workers], to be frank.”

The L-1, the least regulated of the visas in question, has no obligation that employers recruit U.S. workers first. “Maybe there is a shortage, maybe there isn’t, but employers should be required to prove one,” says Daniel Costa director of immigration law and policy at the Economic Policy Institute. “They should be required to recruit U.S. workers first and to pay at least the going rate, the average wage.”

Immigration Voice’s Kapoor argues that these visas are exploitative regardless of whether the jobs fill a need, because the worker’s presence in the U.S. is tied to the employer. To change jobs, a worker has to reapply for a visa, sponsored by a new employer. This limit on employees’ autonomy make it unlikely that a worker will make a fuss about substandard wages and working conditions. “Everybody knows about this,” says Kapoor. “It’s no secret.”

Kent knew that if he quit his job at Accenture, he had only two choices: “It was either resign and go back home, or get the H-1B and transfer,” he says.

Luck was on his side: A start-up based in Manhattan agreed to sponsor him for an H-1B. In October, he learned that he’d gotten it, and gave notice at Accenture. The next month, he filed the lawsuit.

Each Congressional session sees new legislation to fix loopholes in visa laws introduced. The bills are usually bipartisan—a 2015 version was sponsored by Senators Dick Durbin (D-Ill.) and Chuck Grassley (R- Iowa). The 2013 comprehensive immigration overhaul that stalled in the House would have created an H-1B job database, so that Americans could scope out jobs for which they might be qualified. In general, Costa says, legislation has been fairly well-conceived.

Kent’s claim is still in the initial stages of litigation, so its impact is unclear. But it amounts to a challenge to the very structure of the L-1 visa program.

Emmons, who’s in software development now for the Orlando state attorney’s office, says he was glad to learn of Kent’s lawsuit. “I don’t think they should be taking jobs from Americans, but they should be paid a prevailing wage if they’re working here. It’s not fair to anyone but the corporations and the politicians whose pockets are lined by the corporations.”

David Iaconangelo is a journalist based in Brooklyn. He usually writes about immigration, global politics and the arts.