GM To Colombian Workers Injured On the Job: You’re On Your Own 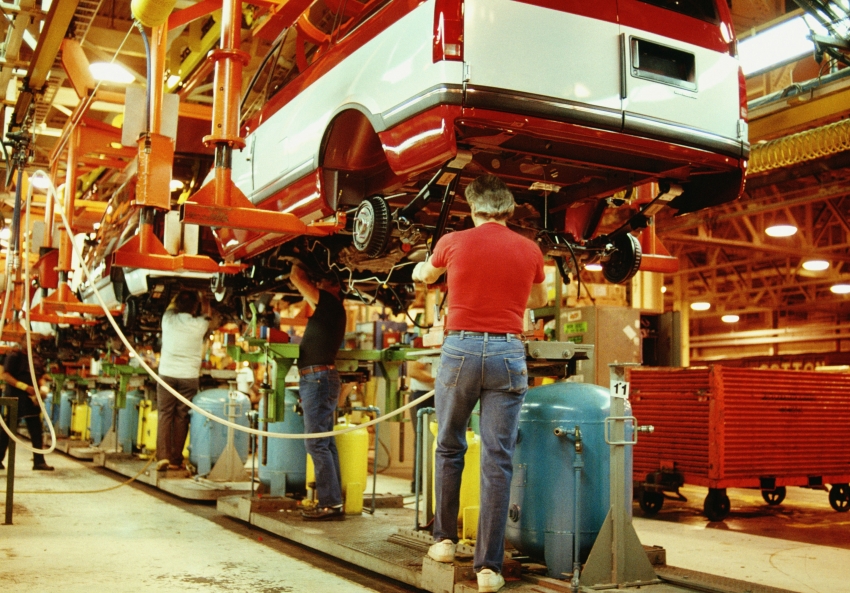 A long-term protest by workers charging mistreatment by General Motors in Colombia received a slap in the face from the administration of President Donald Trump this month when one of the protest leaders was denied entry into the United States.

Former GM autoworker Jorge Parra was preparing to visit the United States when the U.S. Ambassador to Colombia abruptly cancelled his visa just 20 hours before his flight was scheduled to depart, says Paige Shell-Spurling, an activist with the Portland, Oregon-based Central America Solidarity Committee. The cancellation has not been officially explained, she says, and supporters suspect retaliation for the aggressive protest tactics employed by the Colombians.

Parra was headed to the United States to continue his seven-year struggle to win better treatment for workers injured at the GM plant in the Colombian capital of Bogota. Parra charges that he was among several hundred employees who were unfairly dismissed at the GM Colomotores assembly plant—and then denied financial help in recovering from injuries sustained on the job.

Among the protest tactics are erection of a tent encampment in front of the embassy in Bogota, a corporate pressure campaign aimed at top executives of GM, persistent complaints to U.S. and Colombian government officials and international appeals for grassroots support. This month, the Portland Solidarity Committee continued its long-running support campaign with a trip to Washington, D.C. and Baltimore, assisted in part by a local unit of the Industrial Workers of the World.

“Support from the United States makes it possible,” for protests to continue in front the American Embassy in Bogota, says Shell-Spurling, who translated a phone message from one of the protestors in Colombia during a Baltimore meeting.

Such support has enabled public protests aimed at confronting the multinational corporation’s top executives. Parra attended GM’s annual stockholders’ meeting in 2016, for example, to demand a response from CEO Mary T. Barra. The appearance was followed by a cross-country bicycle tour where activists made unannounced visits to the homes of GM board members. Protestors were at the 2017 stockholders meeting as well, keeping up the pressure on company executives.

Parra is the leader of an organization formed specifically for the GM workers: the Association of Injured Workers and Ex-Workers of General Motors Colomotores (ASOTRECOL). Said to represent hundreds of workers when it was first formed in 2011, the group has dwindled over the intervening years, Shell-Spurling says, as some discouraged workers have given up hope entirely, and others have accepted partial restitution from GM.

GM spokesman Patrick E. Morrissey told In These Times over email that “All allegations over the years have been taken seriously, and GM has devoted substantial and senior resources to conduct numerous investigations.”

“GM addressed the individual cases raised by the form GM Colmotores employees and offered retraining, but they refused the opportunity,” Morrissey continued, adding: “GM has put in place training, funding, and other resources so the Asotrecol members can return to productive work again and care for their families.”

Shell-Spurling brushes aside GM’s statements, charging that the company has spent years denying the problem, or making insincere offers of partial restitution. GM exercises strong political influence in both the United States and Colombia, she adds, and the governments of both countries have generally supported GM in the struggle with ASOTRECOL. She cited the action of U.S. Ambassador Kevin Whitaker to cancel Parra’s visa a prime example of such support.

Although there has been no confirmation, Paige says there is some suspicion that Parra’s visa cancellation may have been related to a meeting that had been scheduled this month with U.S. Sen. Ron Wyden (D-Oregon).  The Portland Solidarity Committee had pressed for the meeting, Shell-Spurling says, in hopes that Sen. Wyden’s attention would spur GM to finally settle with all the injured workers.

The long ASOTRECOL campaign has been dispiriting at times, but the injured workers take satisfaction in the belief the Colombian auto workers currently employed at GM are reaping some benefit, Shell-Spurling concludes. There is renewed attention to safety at the plant, she says, and GM plant managers are far less likely to unfairly dismiss injured workers as they had been before.

Even so, the goal of a fair settlement for the remaining injured workers shows no signs of being met anytime soon.