It’s Not Just Class: The Fight for Racial Justice Is Inseparable from Overcoming Capitalism 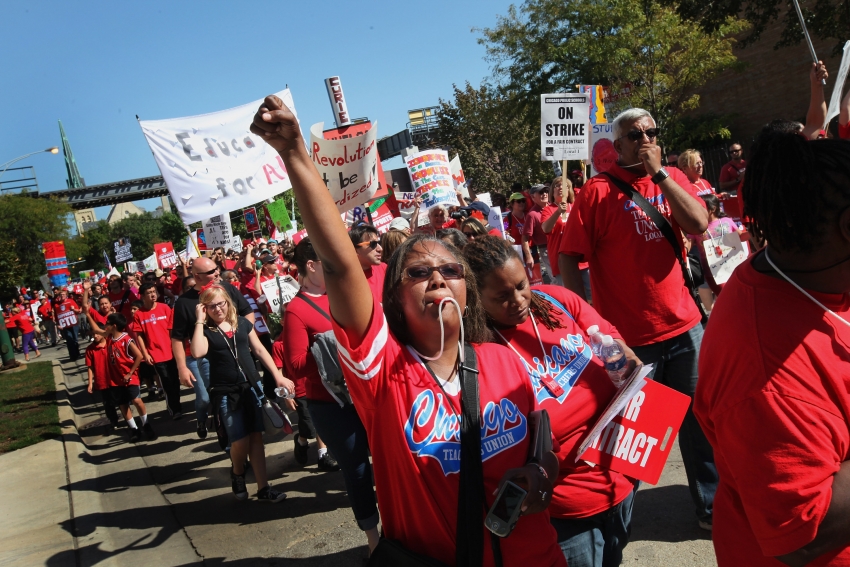 On the surface, it would seem easy to think about race and class together. Not too long ago, I would have regarded a challenging formulation in C.L.R. James’s classic book The Black Jacobins as giving an elegant, if a little vague, solution to the question of how we do so: “the race question is subsidiary to the class question in politics,” James wrote, “and to think of imperialism in terms of race is disastrous.” But, he immediately added, “to neglect the racial factor as merely incidental is an error only less grave than to make it fundamental.”

The quote still resonates powerfully, but I now think of it as being more a statement illustrating how deeply our problems run than as a solution to them. James sees the two categories as distinct, separable, and needing to be ranked, in ways I no longer do. Nevertheless, his vantage provides a good basis for mutuality and common work among those with differing inflections.

As movements ebb and flow, existing struggles make one terrain seem more attractive at one moment, less at others. It ought, then, to be possible to differ about the specific emphases on race and class across time and place while not vilifying each other.

For a very long time it has been difficult to talk meaningfully about the ebb and flow of either struggles against class oppression or of those contesting racial injustice. For nearly half a century in the United States, we have overwhelmingly experienced ebbs and awaited flows.

Nearly fifty years ago, when I first encountered the words quoted from C.L.R. James, U.S. labor strikes of over 1,000 workers averaged 300 per year, sometimes reaching well over 400. In 2009, five such strikes occurred; in 2014 eleven; in 2015 twelve. Today when the words “strike” and “U.S.” are paired we tend to think of military drones.

Union density, the traditional measure of labor’s decline, has also taken a hit, with a third of workers organized in the mid 1960s and a tenth—far less than that in the private sector—in 2015. I still wear a faded old T-shirt opposing a “generation of givebacks” in union contracts, but the unions that do still exist are now in the third generation of defensive struggles.

That same period witnessed the end to the great advances of the Black freedom movement and a turn toward struggles to keep 1960s measures in force. Since the 1980s, racial justice activists have played defense by attempting to slow the timetable of the dismantling of affirmative action and by preserving voting rights.

When I wrote the introduction to How Race Survived US History just a decade ago, I did so with a post-it note near my computer with “7x” twice written on it, reminding me of the facts that young African-American men were imprisoned seven times as often as whites and that white wealth outpaced African-American wealth sevenfold. Today that latter figure is a factor of sixteen.

The disorienting impact of such a long period of defeat can hardly be overstated. In the 1950s and 1960s, a period of intense and constant struggle for gains by workers and by the civil rights movement, the permeability of the categories of race and class emerged in sharp relief.

The expanding horizons created by the movements against racial oppression made all workers think more sharply about new tactics, new possibilities and new freedoms. The spread of wildcat strikes across color lines is one example. The high hopes Martin Luther King Jr. invested in both the Poor People’s Campaign and the strike of Black sanitation workers in Memphis remind us of a period that could test ideas in practice and could experience, if not always appreciate, the tendency for self-activity among people of color to generate possibilities for broader working-class mobilizations.

Optimistic thinking proclaims that things have recently turned around. It Started in Wisconsin is a fine book on the 2011 mass demonstrations against Gov. Scott Walker’s anti-union legislation, but those struggles were defensive, ultimately electoral and soundly defeated. Or perhaps “it started” with the 2008 sit-in at the Goose Island facility of Chicago’s Republic Windows and Doors, but that was a defensive struggle against a plant closure, involving 200 workers, and the plant closed. Or, how we hoped, Occupy “started it” again in 2011.

“It started” is interestingly most often applied to movements seen as presenting class demands, but the quality of such movements remains very far from turning into quantity. Spectacular workers’ protests have occurred, especially those of the immigrant rights marches and strikes of 2006 and of the recent mobilizations of Black Lives Matter.

These struggles have won gains in some instances, but they are too easily considered non-class mobilizations based simply on identity. Meanwhile the labor struggle most able to sustain itself, that of the Chicago Teachers Union, has also been the one with the most sophisticated and energetic anti-white supremacy politics.

One result of living inside of difficult circumstances not of our own choosing is that it has been too easy for some to suppose that our difficulties have been caused by paying too much attention to race, to gender, or to sexuality (where mass movements have also effected some significant reforms), and not enough attention to class.

When these arguments press furthest and most simplistically—for example, in the writings of the literary scholar Walter Benn Michaels—we are presented with the view that neoliberal elites countenance demands based on race, gender, and sexuality in order to divert attention from the real inequalities of class.

Such a conspiracy theory trades on the kernel of truth that elites, bureaucracies, and the judiciary do persistently attempt to shift the terms of struggles against racism, sexism, and homophobia/transphobia into soporific vagaries regarding “diversity” and “multiculturalism.”

Corporate embraces of the “value of diversity” are, it is true, not antiracist. Multiculturalism does instead regularly mask desires for the surplus value produced by diversity. But this hardly makes popular antiracist struggles irrelevant or inimical to addressing class oppression.

First, it loses track of the extent to which working-class people participate in and shape initiatives such as immigrant rights, trans rights, and antiracist mobilizations and therefore misses working-class victories as momentous as those won in the 2006 mass actions by immigrant workers.

Second, it substitutes denunciation for attempts to build coalitions encouraging those oppressed in differing ways to come together and deepen the demands of all.

Benn Michaels argues that demands for racial justice now function as mere covers for maintaining class inequalities. As proof he claims antiracists allow that in their ideal society poverty and inequality would continue and merely be evenly distributed across racial lines.

The evidence that this is in fact a widely expressed position among antiracists is very scant. But, to be clear, the achievement of the equality amidst oppression so ridiculed by Benn Michaels is—though impossible without a broader social transformation—not a goal that anti-capitalists should sneer at as merely providing “victories for neoliberalism.”

Again and again, contemporary debates on race and class involve characterizations of the existing discourse and policies as hopelessly tilted towards race at the expense of class. We need to bend the stick in one direction, it is said, because everyone else, or perhaps just liberals and neoliberals, so bend it in the other.

So many well-positioned writers imagine that an increased emphasis on class can only come by toning down the race and gender talk that it is hard to see how they maintain the stance that they are lonely figures sacrificing to tell the truth. Academic emphases and those of NGOs are said to structure race-first distortions. Injecting a word about class becomes an act of extraordinary freethinking courage, defying a deck stacked against any such mention. No matter how repeatedly such mentions occur they get to count as speaking truth to power—itself perhaps an overrated practice.

On one level, as a Marxist who began writing in the 1970s when it was somewhat easier to be one, I get it. But we are hardly without platforms. Moreover, perceiving such a tilted-towards-race status quo sometimes creates too easy an alliance between those who wish to combine emphases on race and class and those who would rather see race off the agenda altogether on the theory that the poverty of people of color means that they can benefit from class-based reforms without the need for specific antiracist demands.

Capital’s continued dominance limits progress towards eliminating racial inequality. By the same token, inroads toward that goal do challenge the logic and limit the room for maneuver of capitalist management. As the London-based socialist thinker Sivanandan has observed, “in recovering a sense of oppression,” white workers must confront their “alienation [from] a white- oriented culture” and “arrive at a consciousness of racial oppression.”

Struggles for racial justice are sites of learning for white workers, of self-activity by workers of color, and of placing limits on capital’s ability to divide workers.

This piece has been excerpted from the introduction to David Roediger's new book Class, Race, and Marxism, available now from Verso.