Inside the Trump Administration’s Plan to Shrink the NLRB 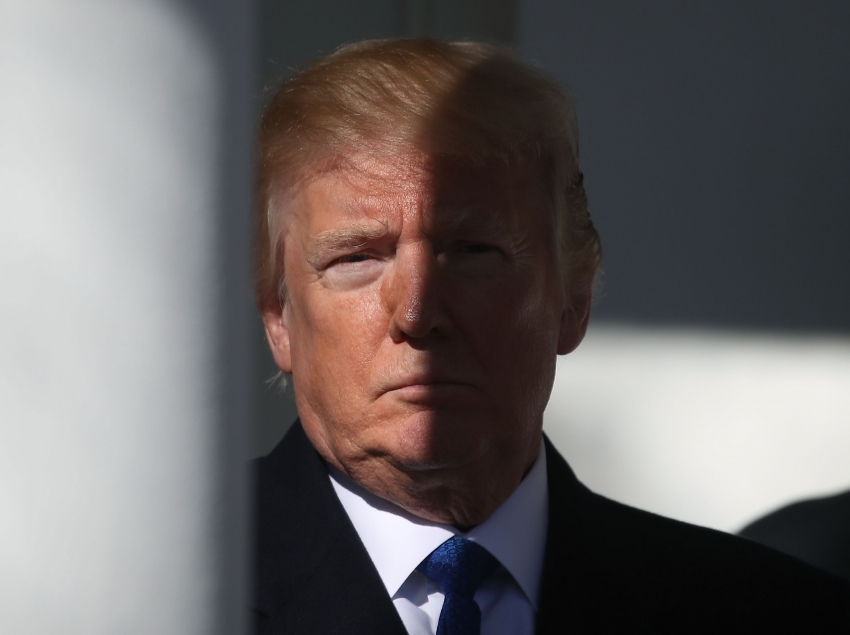 U.S. President Donald Trump stands in the colonnade as he is introduced to speak to March for Life participants and pro-life leaders in the Rose Garden at the White House on January 19, 2018 in Washington, DC. (Photo by Mark Wilson/Getty Images)

Labor rights advocates are alarmed by a proposal to centralize more control of the National Labor Relations Board (NLRB) at the agency’s Washington, D.C., headquarters and shrink its network of regional offices. Widely viewed as another effort by appointees of President Donald Trump to reverse some union-friendly policies promoted by Obama appointees, the proposal is a step toward an even smaller role for the NLRB in protecting workers’ rights, these advocates charge.

News of the proposal leaked out to media outlets in mid-January, first to the Daily Labor Report and then to the The New York Times. The news reports focused on objections to the proposal by NLRB staff members at the agency’s 26 regional offices. Some of those staffers would be demoted, or lose their jobs entirely, if the proposal is implemented by NLRB General Counsel Peter B. Robb.

Trump appointee Robb “is a man in a big hurry” to remake the NLRB into an agency more responsive to the anti-union demands of conservative Republicans and business interests, says William B. Gould IV, a former NLRB chairman now teaching law at Stanford University. “He looks to be seizing control of the complaint process,” at the regional level, Gould tells In These Times. “That’s terribly important because it is the regional offices that are the great strength of the NLRB … The regional offices are where a union shop steward or a legal practitioner can go to have complaints handled in a professional way.”

Robb, appointed by Trump in September of last year and sworn in Nov. 17, comes to the post with strong anti-union credentials. As described by The New York Times, he was appointed "after a career largely spent representing management, including handling part of the Reagan administration's litigation against the air traffic controllers' union that waged an illegal strike in 1981. Most labor historians say the government's hard line in firing the controllers contributed to organized labor's decline..."

Robb’s proposal comes on the heels of recent decisions by the five-member board to roll back some Obama-era initiatives that favored unions. Those decisions were more explicitly political, coming after votes by board members in which Republican Party appointees narrowly prevailed over Democratic appointees. As general counsel to the agency, Robb is not a board member, but rather a White House appointee in charge of administering the day-to-day affairs of the agency under the general direction of the Board members.

According to Michael C. Duff, a professor at the University of Wyoming College of Law, the NLRB votes and the actions by Robb are “of a piece with the Trump agenda to downgrade the agency as a defender of labor rights as spelled in the National Labor Relations Act.” A former NLRB staff lawyer himself, Duff tells In These Times that “I don’t have a good feeling about what is going on. There is a sense that the agency is being hollowed out.”

“You get a sense that they [Republican appointees] are going to reverse everything,” in NLRB policy that is favorable to workers, Duff continues. As a former staffer who is still in regular contact with some of his NLRB colleagues, Duff says “the situation is probably more dramatic than it looks … [The trend] is essentially a repudiation of labor law as we know it.”

Part of the “hollowing out” process is cutting the budget of the agency. Daily Labor Report’s Laurence Dubé reported last year that a 6-percent proposed cut would mean the elimination of 275 jobs from the agency’s staff. The budget has not been finalized, but staff cuts are expected in the coming year, and may  continue throughout the Trump administration, predicts Duff.

Burt Pearlstone, president of the National Labor Relations Board Union, says the staff union has no comment on Robb’s proposal at this time. He tells In These Times that the executive committee of the staff union may take  up the issue at its next scheduled meeting, by may also wait until Robb’s proposals are more formalized

The staff union represents more than 700 NLRB employees in the regional offices and a second independent union, the National Labor Relations Board Professional Association (NLRBPA), represents many staff members at Washington, D.C., headquarters. No representative of the NLRMPA could be reached for comment.

Robb’s proposal to demote employees and consolidate regional offices was outlined in a conference call Jan. 11, in which Robb described the plan to NLRB mid-level administrators. According to Gould, the administrators were not provided with a written version of Robb’s proposal, but were alarmed enough to respond with a written objection that has been published by Daily Labor Report.

“As you can imagine, the information you provided to the Regional Directors has created much uncertainty and has disheartened us … It was unclear to us how many Districts you envision, how many Regional Offices would remain, how many Regional Directors would remain in that position, what the supervisory ratio would be, and when you envision removing Regional Directors from the Senior Executive Service … However, any anticipated changes must be thoughtfully considered so that the great work of the Agency remains. We would like to work with you in developing changes that would be appropriate to meet our challenges,” the NLRB staffers wrote.

“The NLRB has a lot of problems as an agency. The number of cases they handle is way down from when I started work at the Philadelphia regional office (in 1997), but there are still not enough people to handle the work load,” comments Duff.

“Pay freezes and government shut downs have an effect [on morale],” Duff continues. “From what I am hearing now, things are actually worse than you think.”