How Tariffs Are Playing Into Trump’s Xenophobic Agenda 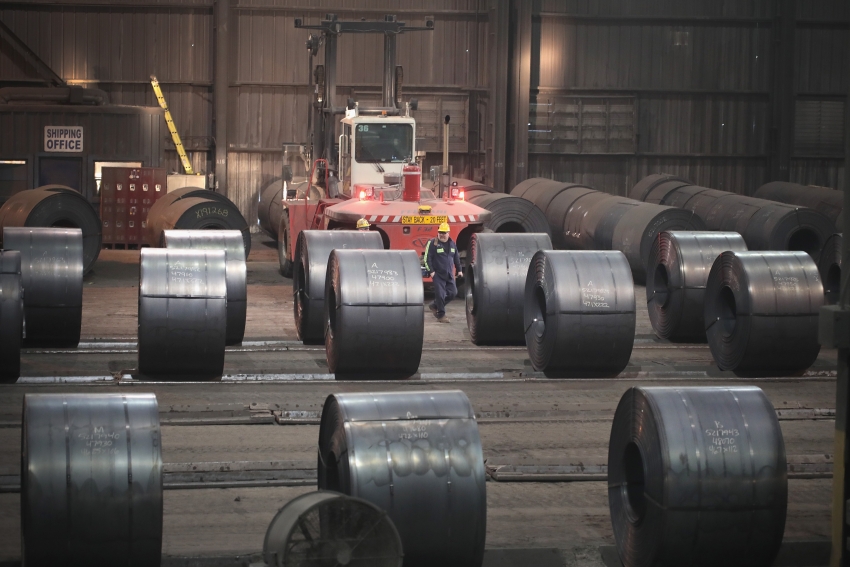 We should look at Chinese workers as our comrades, not our enemies. (Scott Olsen/Getty Images)

In early March, President Trump announced steel tariffs as part of a protectionist, anti-China economic strategy. More recently, Trump escalated to target $60 billion of imports from the Chinese tech industry with additional tariffs. Some progressives are supportive of these tariffs on the grounds that they protect workers in the United States. For example, United Steelworkers President Leo Gerard argues that steel tariffs may give a badly needed boost to employment in the steel industry and the communities that depend on it. Nonetheless, it is strategically disastrous to offer support to Trump’s tariffs, and the strategy that underlies them.

Progressives cannot compete with the Right on protectionism. In 2016 Hillary Clinton and Bernie Sanders attempted to make use of anti-China rhetoric, but Trump outdid them with ease. Polling of voters in both major parties’ 2016 primaries showed that only Trump had a base that strongly supported protectionism. Protectionism plays much better to the Right, where it is a core principle that foreigners are competitors and threats.

Because of these undertones, protectionism can inadvertently promote xenophobia. It is all too short a road from treating Asian industry as a threat to treating Asian people as a threat. Trump already started down this road by proposing restrictions on visas for people from China as part of his “trade” fight, while Chris Wray, Trump’s FBI Director, recently all but admitted that he is racially profiling Chinese-Americans and Chinese immigrants in investigations of “economic espionage.” History shows that this can escalate to violent extremes. In 1982, resentment against the Japanese auto industry contributed to the murder of Chinese-American Vincent Chin in a Detroit suburb. He was killed by an auto plant superintendent and a laid-off autoworker who declared, "It's because of you little motherfuckers that we're out of work."

Ultimately, progressives need to think beyond the debate around tariffs. Since the tariffs are meant to create jobs, this is an opportunity to counter with our own job creation program. Sen. Kirsten Gillibrad (D-N.Y.), considered an early frontrunner in the 2020 Democratic primaries, recently came out in support of a federal jobs guarantee, an idea that is gaining momentum. This program could be underwritten by massive investment in public works. For example, a “Green New Deal” to build clean energy infrastructure would both combat climate change and create jobs in the steel industry.

In addition to domestic programs, we need a progressive approach to the global economy. Too much of the debate around Trump’s tariffs has remained stuck in a false choice between anti-China protectionism and “free trade” neoliberalism. Both are dead ends.

The alternative is to reach across borders and form a global progressive alliance to confront multinational corporate power and create a more egalitarian global economy. Many U.S. progressives are unaware that there are progressive and working-class forces in China with whom we could ally ourselves. Chinese workers have been striking in huge numbers, making China the world epicenter of wildcat strikes. Meanwhile, activists and artists agitate for feminism and migrant rights, young workers develop Marxist critiques of Chinese society, and students organize in solidarity with workers. Worker unrest has also touched China’s own “Rust Belt” in the northeast region of the country, where hundreds of thousands of steelworkers are losing their jobs due to global overcapacity, just as has happened here.

Workers and progressives in China and the United States face shared problems, and we have a shared interest in creating a new global economic system that works better for all poor and working people. This new global economy could include a global minimum wage system, the right to collective bargaining, and a regime of corporate accountability that holds companies responsible for violations of labor standards anywhere in their global supply chains. These reforms would greatly benefit workers in China and other low-income countries. Corporations would lose the ability to force U.S. workers into competition with workers who are much worse off, improving the status and power of workers here as well. Combined with a federal job guarantee, this is our best path forward.

The need for progressive internationalism goes beyond economic issues. Not only Trump, but also mainstream Republicans and Democrats are committed to containing the rising power of China in order to maintain the United State’s status as the world’s sole superpower. We should be braced for political leaders to stoke nationalist sentiments in order to build popular support for escalating confrontations, from tariffs to immigration restrictions to militarism. In order to escape this nationalist abyss, we must unite with likeminded people in China around a shared internationalist vision. It is therefore urgent that we set aside protectionism, which promotes the counterproductive narrative that Chinese workers are our competitors, rather than our potential comrades.

Tobita Chow is the director of Justice Is Global, a special project of People’s Action that is building a movement to create a more just and sustainable global economy and defeat right-wing nationalism around the world.