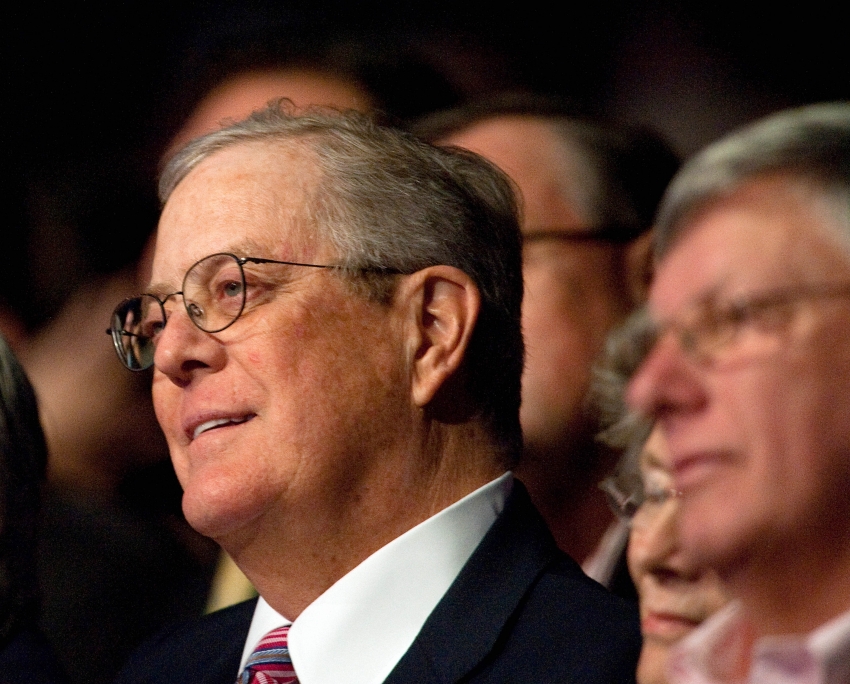 Ahead of the midterm elections, Americans for Prosperity (AFP), a right-wing political advocacy organization founded by the billionaire Koch brothers, endorsed eight GOP House incumbents in the hopes of weakening labor groups’ influence in Washington and ensuring that the AFP’s political agendas remain a priority in Congress.

AFP is a Koch-funded organization whose agenda is in line with other groups—such as Concerned Veterans for America, which is also funded by the Koch brothers—that work against progressive initiatives and protections for labor unions, healthcare reform and any effort to combat climate change, says David Armiak, a researcher for the Center for Media and Democracy, a Wisconsin-based nonprofit watchdog group.

“AFP will fully activate its grassroots infrastructure through phone banks and neighborhood canvassing, as well as deploy targeted digital, mail, and radio advertising” to support these candidates in their upcoming elections, the organization writes in a statement.

While it’s hard to know the specific reason that the AFP singled out these eight GOP incumbents as its “policy champions,” the AFP has “correctly recognized that these are candidates who are vulnerable,” says Alexander Hertel-Fernandez, a political scientist and public affairs professor at Columbia University. According to the nonpartisan election analyst the Cook Political Report, many of them are in toss-up races. In three of the elections, Ill.-06, Iowa-01 and Minn.-03, polls currently lean Democrat.

Armiak says AFP’s newly formed super PAC, Americans for Prosperity Action (AFPA), allows all Koch brother-funded groups to consolidate their spending power into a single political ad-buying powerhouse. This makes it more challenging for an experienced researcher, such as Armiak, to track the money funneling through the Koch brothers’ political network.

“[The groups] are reorganizing their spending filing to make it more complicated,” Armiak says. “It’s a sophisticated network and difficult to figure out and will take a while to study to truly understand how it operates.”

This can be worrisome to progressive interest groups that AFP and Koch brother affiliates typically work against—such as those pushing for healthcare reform and environmental advocacy—because it allows AFP to spend more money against such interest groups with little disclosure of where their funds come from.

Organized labor groups especially may be negatively impacted after the Janus v. AFSCME Supreme Court decision this June. “[AFP wasn’t] directly involved in the Janus decision but heavily supported it,” Hertel-Fernandez says. The decision means right-to-work laws, which prohibit unions from charging non-members fees regarding union services like collective bargaining, now apply to the public sector. This could benefit AFP and its endorsed candidates because it could lessen the financial strength of unions, which will inevitably hurt their lobbying abilities in Washington, according to Hertel-Fernandez.

It’s likely AFP and the Koch brothers are eyeing the Janus decision as an opportunity to use it as justification to support federal right-to-work laws in the private sector, too, Hertel-Fernandez says. AFPA is a new weapon that allows the AFP to spend exorbitant amounts of money to support candidates who will push for private sector right-to-work laws, which are currently applied in 27 states.

As a super PAC, AFPA is not restricted to any donation or spending limits. While it is illegal for a super PAC to coordinate with political candidates, it can spend unlimited amounts to support any candidate it chooses with methods such as advertising and canvassing. Donors to AFPA know that if they want their agendas advanced, they have to keep financially supporting congressmen that have proven to be a strong return on investment by voting on legislation that suits their interests, says Hertel-Fernandez. The eight GOP incumbents AFP has endorsed have historically been aligned with the Koch brothers’ libertarian ideology and political interests.

“To Charles and David Koch, politicians are just actors who are just a means to an end. They are looking for people who will just do what they ask them to,” Hertel-Fernandez says. “They are willing to work with anyone to pursue [their] agenda.”

The Koch brothers and their political network are clearly focused on maintaining influence in Congress. But Democrats thwarted the Koch brothers’ attempt to keep control of the House.

Eric Bradach is an editorial intern for In These Times.