The Italian Workers Fighting Like Hell to Shut Down Their Workplaces 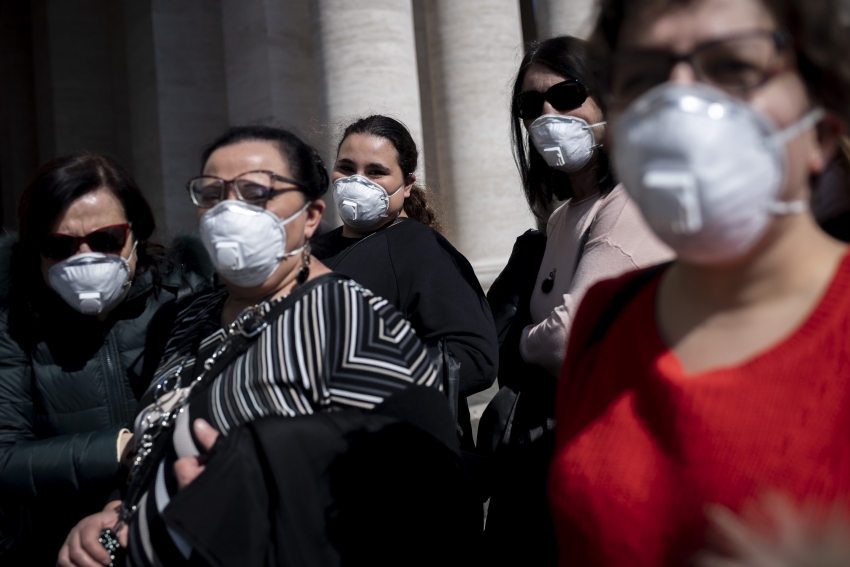 Italy is the Western European country where the coronavirus pandemic spread first and where its tragic effects are being felt the most. As of March 17, the official data say 26,062 have tested positive in Italy for COVID-19, 12,894 have been hospitalized—including 2,060 in intensive care—and 2,503 have died.

The epidemic exploded in the richest and most industrialized regions of northern Italy. Lombardy is the most affected, followed by Emilia Romagna and Veneto.

Lombardy and Veneto are examples of one of the fundamental issues called into question by the pandemic crisis: the adequacy of the Italian health system, in particular the public one. Italy still has one of the best public health systems in the world. The health reform of 1978 established a universal and free health system, available to all citizens, financed by general taxation.

But this reform came at a time when the Italian Communist Party still existed and the Christian Democratic governments still had to deal with unions and the political power of the workers' movement. Since then, and with particular virulence since the late 1990s, three phenomena have overlapped which have weakened the system dramatically (even if, thanks to union struggles, they have not completely destroyed it): (1) the regionalization of the national health system, driven by agitation in the Northern Regions for secession; (2) the privatization of many health services, particularly in these regions; (3) European and national "austerity" policies that produced cuts in public spending and to worker pensions, cuts which have strongly affected public health.

In the last ten years, public health spending has been cut by 37 billion euros overall, with a huge reduction in hospital beds and a continuous drop in medical, nursing, and ancillary medical personnel. Today, there are probably no less than 50,000 doctors and 50,000 nurses missing from public health. The pandemic has highlighted the great shortage of intensive care facilities: in Italy there are 5,000 beds in ICU units for 60 million inhabitants. In France, with a few million more inhabitants, there are 25,000; in Germany there are 30,000 serving 80 million inhabitants.

The regionalization and the continuous cuts to state resources earmarked for health services—which are divided among the regions on the basis of "historical expenditure"—have led to the collapse of the public health system, especially in the Southern regions which, fortunately, are still to date the least affected by the pandemic. The drastic limitations on people's internal mobility should help limit the spread of contagion in these areas.

In this context, workers and unions immediately mobilized to demand policies and procedures from the national government, regional governments, and employers which would guarantee the health and safety of workers and do the utmost to limit the spread of the virus.

The bosses, especially Confindustria (the General Confederation of Italian Industry, the largest employer association) but also small businesses (which are very common in the productive fabric of northern Italy), have insisted on the maximum functioning of all economic and production activities, including logistics and distribution, while asking that the emergency health measures imposed by public authorities not be mandatory, but simply recommendations.

They have insisted that the decision-making authority should remain in the hands of the companies, in a unilateral form, without any consultation with the unions on either a corporate or territorial level. The governors of Lombardy and Veneto have been "wavering" because on the one hand the drama of the situation in their regions required drastic measures to close down activities and oblige people to stay in their homes, but on the other hand they were subjected to strong pressure from their electoral base, companies, and small entrepreneurs who did not want to cease their economic activities in any way.

The turning point occurred on March 11, when the national government issued a decree that imposed the shutdown of a series of production and service activities and "required" everyone not to leave their homes except for proven reasons of “necessity.” But herein lies the problem: it is evident that essential public services and the whole agri-food chain—from production to retail distribution—should continue their activity, but why must other economic sectors continue their work, when the general precaution to slow down the spread of the virus is to sequester yourself in the house? And for those called to continue to work, what safety precautions for their health and the health of others exist at work? Suffice it to say that even in hospitals and health centers, with exhausting work shifts and scarce staff, there are not masks, gloves, overalls, or other necessary protective equipment for everyone!

March 12 and 13 were days of true revolt in the factories, warehouses, and many other commercial sectors. Where possible, companies and unions, especially for white-collar activities, had already agreed on the activation of smart working (avoiding congregating and contact) and teleworking from their homes. But the metalworkers' unions—FIM CISL, FIOM CGIL and UILM UIL—called for companies to suspend work until March 22 to sanitize all jobs and equip employees with personal protective equipment. In the grocery sector, the unions FILCAMS CGIL, FISASCAT CISL, and UILTUCS UIL asked that food stores and supermarkets close on Saturdays and Sundays and in the evening after 7 p.m.

Some metalworking and chemical companies, pressured by the workers and their factory councils, have suspended production for the number of days necessary for cleaning and disinfecting. The workers are guaranteed unemployment benefits from the Cassa Integrazione Guadagni (CIG, the Earnings Redundancy Fund), a system that covers the income of workers in cases of the suspension of production. This is a system financed by financial contributions by companies and employees.

In companies that did not suspend production, particularly in the "epicenter" provinces of the pandemic, such as Bergamo and Brescia in northern Italy, workers, supported by their unions, struck indefinitely until the companies guaranteed safe working conditions. From the Dalmine steel mills of Bergamo to those of Brescia, from the Fiat-Chrysler plants of Pomigliano in Naples to the Ilva steel plant in Genoa, from the Electrolux factory of Susegana in Treviso to many small and medium-sized companies in Veneto and Emilia Romagna, from the Amazon warehouses in the provinces of Piacenza and Rieti, to the poultry and meat processing companies in the Po Valley, there were thousands of striking workers who came out into the squares and streets, strictly at a safe distance of one meter apart from each other, as prescribed by the government decree. Meanwhile the RSUs (Rappresentanza Sindicale Unitaria, enterprise-based multi-union bodies) entered into negotiations with their respective company managements.

The struggle was so widespread that the government—after days of resistance to the demands of the CGIL and other union confederations for clear and mandatory security measures and for the reduction of all non-essential work—decided to convene a meeting with unions and employers. The videoconference—it was the first time in Italian history that a union negotiation had taken place this way—began on the afternoon of March 13 and continued for 18 hours, due to the difficulty of overcoming the irresponsible attitude of the employers’ association, Confindustria, which would have liked to keep everything open and leave unilateral decision- making to companies on the measures to be taken, such as on the limitation of activities and working hours, and on the reorganization of work and production.

In the end there was agreement on a "shared protocol" of measures that companies must take to ensure the health and safety of workers, with a penalty of temporary closure for not complying. For workers their pay during stoppages will be covered by the CIG, the national unemployment benefits system. The role of the unions and the RSUs, which have bargaining power with companies on all aspects of the organization and work issues, has been affirmed.

Several issues remain open, which are today at the heart of intense union work. Strikes continued on Monday, March 16, on many jobs where companies had not yet applied the "protocol.” But these fundamental demands—"health first, then profit"—have been intertwined, since the beginning of the epidemic, with the issues of job protection and workers' income, in particular for the broad range of precarious work and in the sectors not covered by the CIG unemployment benefits system: all small and very small businesses, the retail trade, and the fictionally self-employed, such as rideshare and delivery drivers.

The government issued a decree on March 17 with economic measures including blocking layoffs, providing unemployment benefits under the CIG for employees who were excluded, economic support of 600 euros for the month of March for self-employed workers, an increase in days of parental leave for those forced to work while schools are closed. It also included urgent measures to strengthen the public health system, with fixed short-term hiring of more doctors and nurses.

It will be important to monitor whether all workers are covered—at a first reading, for example, domestic work, which is done by hundreds of thousands of migrant women, does not seem to be protected—and how easy and immediate access to subsidies is.

For the enterprise-level multi-union bodies and the union confederations, there is a lot of work: making agreements on safety and the protection of income, defending the most precarious workers, fighting to close all non-essential jobs, negotiating with companies and public authorities to close the shops in the evening and on Saturdays and Sundays, and organizing strikes and mobilizations when the bosses try to evade their obligations.

These are struggles and demands for this emergency, but also for the aftermath. Things cannot continue as before. The development model must be changed, the public sector must be relaunched, and austerity, neoliberalism, precariousness, and inequalities must be ended. It is time to end polluting production and to make economic and productive choices capable of stopping climate change.

The struggle continues, even in the time of the coronavirus…

This is an edited version of a piece by Leopoldo Tartaglia of the international department of the CGIL, Italy’s largest union federation. Thanks to Peter Olney for translation. The piece was originally published in Labor Notes.