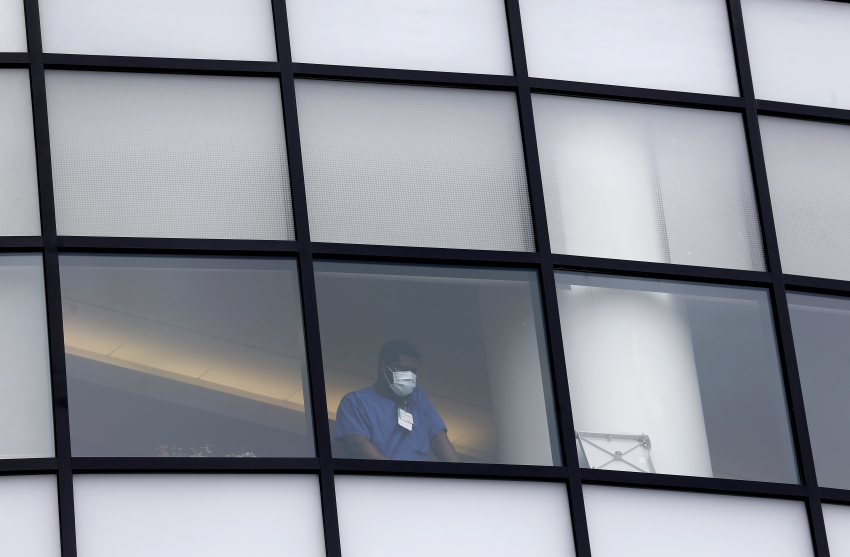 During the darkest days of the Covid-19 pandemic, with thousands dying every day, America relied on a select few essential workers to keep society running, like postal workers, grocery workers and meat packers—all industries that have seen, together, hundreds of Covid-related deaths among workers. Chief among them are nurses, on the front lines of the pandemic, who have put their lives on the line to intubate disease victims and provide lifesaving medical care. Since the pandemic began, over 500 healthcare workers in the United States have died from the virus.

But these workers who we rely on so deeply—dubbed “warriors” by President Donald Trump and “heroes” by Senate Majority Leader Mitch McConnell—continue to work under hostile management and in dangerous workplaces that make the disease even more contagious and deadly.

That’s according to a dataset and interactive map recently released by Strikewave, a newsletter of original reporting and analysis for the U.S. labor movement. The data show at least 21,510 Covid-related Occupational Safety and Health Administration (OSHA) complaints since the start of the pandemic. It’s unknown exactly how many more complaints than usual have been filed, as OSHA complaints are relatively confidential. But it’s clear that they are surging.

Common in the complaints are allegations of managerial neglect, carelessness and abuse.

And while we may like to think that bad management is the exclusive territory of greedy corporations, the complaints show how healthcare workers, some of them working for nominally non-profit hospitals, have been failed by their employers even as they perform dangerous and essential work.

At Ascension Genesys Hospital in Grand Blanc, Michigan, a suburb of Flint, several OSHA complaints filed at the end of March alleged widespread shortages of personal protective equipment (PPE) and threats from management.

Carolyn Clemons, a registered nurse working in Genesys Hospital’s Covid-19 intensive care unit and member of Teamsters Local 332, said that in late March, when cases were skyrocketing, nurses who wore masks outside of patient rooms were threatened with disciplinary actions and firings. In hallways and offices, where nurses worked closely together, managers enforced a no-mask policy into April, according to Clemons. Ironically, some of the managers who threatened mask-wearing employees were the same who later tested positive for the coronavirus.

“There was not good communication,” Clemons said. “We felt a lack of respect for what we do.”

At the height of the pandemic, management kept stockpiles of PPE under lock and key in their offices while telling nurses to wear garbage bags instead, according to Kimberly Cox, a registered nurse and the Chief Steward of Teamsters 332. Even now, she says, much of that equipment remains unused.

Nurses at the hospital have tested positive. According to Cox, however, Genesys has so far refused to either provide on-site tests for nurses or inform employees of the number of positive or assumed cases among staff, despite repeated union requests. Nurses, some of them exhausted by persistent coughs and high fevers, were told to drive to the next hospital over.

There are complaints from hospitals across the Ascension health system.

One, filed on April 28 at Ascension St. Francis Hospital in Milwaukee, claimed management failed to implement social distancing practices “properly or effectively” and that workers were not informed when they were exposed to patients and coworkers with confirmed cases of Covid-19. At that point there were almost 3,000 Covid-19 cases in Milwaukee and more than 150 deaths.

There have been more than 15 such complaints against the health system, including the ones against Genesys and St. Francis, and there are likely more (detailed information about OSHA complaints is only available for “closed” cases, suggesting there could be several ongoing but confidential complaints). Additionally, Teamsters Local 332 has filed more than 100 grievances with the hospital.

Ascension, which operates as a non-profit out of St. Louis, Missouri, cut its CEO a $13.6 million paycheck in 2017, the last year on record. It also operates a venture capital fund, Ascension Ventures, which manages more than $800 million, and an investment advisory fund, Ascension Investment Management, which is responsible for $38.7 billion in corporate money.

The health system, which has been fined nearly $70 million for various regulatory violations over the past decade, received more than $400 million in federal funding in May. Genesys itself received more than $20 million. The funding, like all federal stimulus so far, comes with no stipulations regarding employee treatment.

Ascension Health did not respond to a request for comment.

These kinds of complaints can be seen across the industry. At publicly-traded HCA Healthcare, one of the wealthiest hospital chains in the country, complaints are, in some cases, nearly identical to those lodged against Ascension: N95 masks locked away by management, a total lack of protective equipment for housekeepers and food service workers, and prohibitions on mask-wearing. One complaint even alleged that nurses were directed to clean their masks with household cleaning wipes, return them to a bag, and then reuse those masks. In total, workers in the HCA network lodged at least 35 complaints, almost twice as many as Ascension received.

HCA paid its CEO more than $26 million in 2019 and has made more than $7 billion over the past two years. The chain received $1 billion in federal pandemic aid, also without stipulation. Weeks later, nurses at HCA claimed the company threatened them with mass firings unless they agreed to wage freezes.

These OSHA complaints are just a few of the thousands filed, all of which show how so-called essential workers have been treated as disposable. There are more than 3 million Covid-19 cases in the United States, but many essential workers are already losing meager hazard pay raises. As of April, at least 135,000 health care practitioners who work in hospitals had lost their jobs, including many nurses.

It’s a racial justice issue as well. In New York City, 75% percent of frontline workers are people of color. And Adia Harvey Wingfield, a sociologist studying Black healthcare workers, found that those workers are more likely to work at hospitals in the same impoverished Black communities that have been devastated by the coronavirus.

Both the pandemic and the protests sweeping the nation in the wake of the police killing of George Floyd carry the same lesson: our brutal status quo has long been untenable for many Americans, particularly the poor and non-white.

Nick Vachon is an In These Times editorial intern.