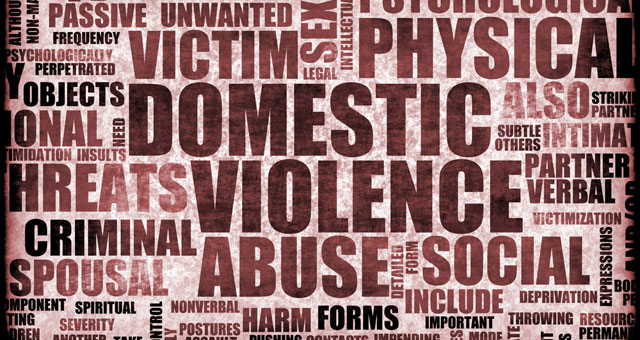 The Poverty of Domestic Violence

More women are turning to shelters, and the jobs crisis is part of the problem.

The equation looks simple: Economic stress causes domestic abuse. But it's not that easy.

In late April, the Police Executive Research Forum released a new survey finding that police officers are encountering more cases of domestic violence as the economy continues to struggle. In 2010, 40 percent of the agencies in the survey reported an increase in domestic violence calls; this year, that number has risen to 56 percent. Numbers from women’s shelters, released by the Mary Kay Foundation, are even more alarming. 78 percent of shelters have seen a rise in the numbers of women seeking help, and 58 percent report that the abuse they are seeing has become more violent.

These numbers seem shocking, but in fact, we’ve known about the connection between abuse, economic stress and poverty for a very long time. But it’s rarely covered by media. I’d argue that this is in part because doing so requires us to stop adhering to prescribed boundaries – “economic issues” versus “women’s issues,” psychology versus politics – and to start making connections.

As far back as 2008, workers at women’s shelters were predicting an increase in violence. Shirl Regan, director of the Women’s Center and Shelter of Greater Pittsburgh, spoke to the Pittsburgh Post-Gazette about the rise in domestic violence she’d seen around the time of steel mill closings, and had a grim outlook on the current recession.

“We think we’re starting to see some of the same things in terms of stress factors,” Regan said. “Our clients aren’t saying there’s more violence at this point, but in the past eight weeks they’ve been talking a lot more about economic stress than they were before. That’s a warning sign.”

Now that warning has been fulfilled. The equation looks simple: Economic stress causes domestic abuse. But it’s not that easy. To say that poverty “causes” abuse is classism: Plenty of folks with six-figure salaries hurt their partners, and plenty of people withstand economic strain or poverty without hurting anyone. In fact, economic stress both incites and results from abuse; to talk about how finances and abuse relate to each other requires one to trace not a linear narrative, but a downward spiral.

For example: We know that abuse itself causes severe financial harm. One in four women will experience domestic violence in her lifetime, but more than half of women on welfare are abuse survivors. Abused women often miss work or perform poorly due to partner sabotage. Economic abuse – preventing a partner from getting or keeping work – often co-exists with other forms of domestic violence. This leads to a vicious cycle: Abuse harms its victims financially, but victims don’t leave their abusers because they don’t believe they can support themselves. Thanks to the post-recession scarcity of jobs, this is happening more often.

The idea that economic stress may contribute to the decision to abuse one’s partner is harder to map. There are several theories about why abuse happens. A psychological theory might tell you that abusive behavior stems from a need for control. A feminist theory would tell you that male abuse of women also frequently stems from ideas of masculinity as dominant, in-control and aggressive; a male abuser might exert violent control over his partner or children in order to maintain an image of himself as the patriarchal “head of his household.” The bottom-line analysis is that abuse is caused by abusers; no matter what’s going through anyone’s head or heart, the person inflicting pain makes the choice to do harm.

But it is true that economic stress can cut to the core of masculinity. Losing a job, or even fearing that you might lose it, is guaranteed to make you feel exactly the opposite of in control, powerful, successful and invulnerable. You’re not in control, you have no power, you’ve “failed.” Someone who already believes that violence is power, and that men have to be powerful, could very easily become more violent in response.

He would harm both himself and his partner by so doing, because abuse causes financial harm. And the downward spiral would continue. With all of these forces intersecting, solutions aren’t simple. Encouraging women to prioritize work and education could have a direct affect on domestic violence by making them more likely to resist economic abuse. Dismantling traditional ideas of masculinity as tied to dominance and “success” could help, too. Providing jobs and a reliable safety net for the poor and the out-of-work gives victims more power to leave and could cut down on the stress that pushes volatile relationships to the breaking point.

But, most important, perhaps, is that members of struggling families understand the connection between poverty and abuse. Crossing the line and hurting a partner will not take away the fear of losing everything; it will make the fears come true.

As a Domestic Violence Survivor, I Don’t Always Feel Safer at Home