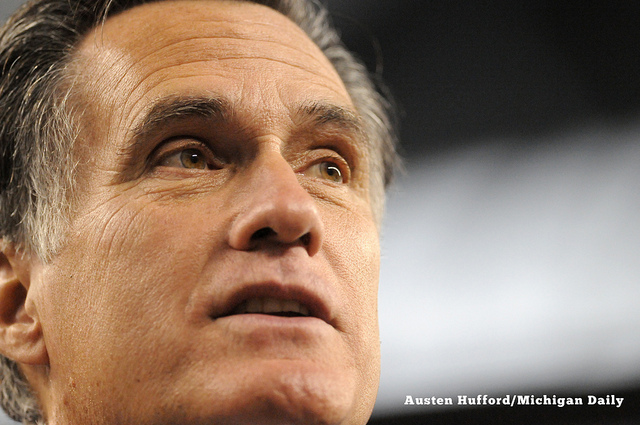 To Romney and others in his party, all public assets look ripe for privatization

"Unless there's a valid, and legitimate, and compelling governmental purpose, I don't know why the government owns so much of this land," Romney said while campaigning in Nevada earlier this year.

Elections are supposed to be, in part, a vehicle through which the people determine how the state will use its powers to allocate public and private wealth.

Sometimes the people's will is thwarted. In 2001 and 2003, President George W. Bush–who received 500,000 fewer votes than Al Gore–and the Republican Congress cut taxes. According to the New York Times, between 2002 and 2009 these cuts reduced tax revenues by about $1.8 trillion. Those who benefited most from the cuts were the richest Americans. So in effect, America's millionaires had hundreds of billions of dollars deposited, through the legislative process, into their pockets.

Another way resources will be redistributed–if the Republicans have their way–is the privatization of public assets.

Think of all the riches tied up in our public education system. At the Koch-funded Heartland Institute, President Joseph Bast said: “We see vouchers as a major step toward the complete privatization of schooling. In fact, after careful study, we have come to the conclusion that they are the only way to dismantle the current socialist regime.”

This isn't a new idea. He said that in 1997. The American Right is nothing if not far-thinking.

This March, Utah Gov. Gary Herbert (R) signed a bill demanding that 30 million acres of federal land in Utah be turned over to state control by 2014. Herbert wants to privatize this public property: “There's a lot of land that could in fact be privatized and help reduce the deficit.”

For his part, Mitt Romney is on board, sort of. “Unless there's a valid, and legitimate, and compelling governmental purpose, I don't know why the government owns so much of this land,” he said while campaigning in Nevada earlier this year.

Romney also wants to privatize Social Security–at least, that was his position when he last ran for president. At a town hall meeting in October 2007, Romney said that rather than paying into Social Security, people should be required to invest their money in the stock market. When someone in the audience told Romney it sounded like “privatization,” the perennial presidential hopeful replied: “You call it privatization. I call it a private account.”

Though he has backed away from that scheme, Romney now advocates selling Amtrak, claiming such a sale will save the country $1.6 billion a year. Amtrak, or more specifically its highly profitable Northeast corridor, was the target last year of an unsuccessful privatization attempt by Rep. John Mica (R-Fla.), chair of the House Transportation and Infrastructure Committee.

But people can fight back. First, by being informed: “Predatory Privatization,” a report issued in July by People for the American Way, is a basic primer. (It quotes at length In These Times' August 2011 cover story by Beau Hodai, “Publicopoly Exposed.”) For information on how to fight local privatization battles, the website of the group In the Public Interest is the place to go.

In these hard times, it will be a tough battle. The head of a finance company that specializes in infrastructure privatization put it this way: “Desperate government is our best customer.” Perhaps, but it all depends on who controls the government.

Progressive disenchantment with disenchanting Democrats must not result in a unilateral disengagement from electoral politics.