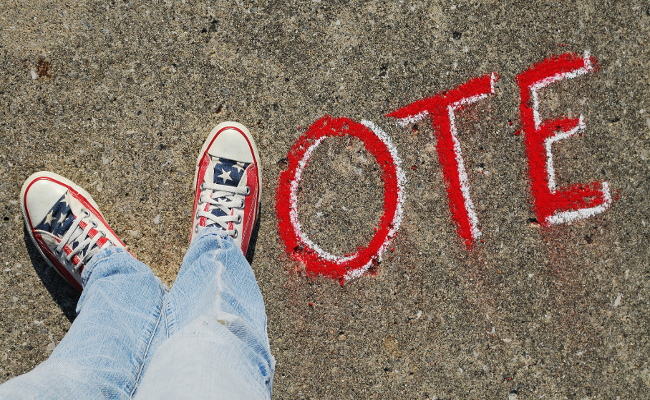 Express Yourself, But Vote

This year’s Democratic ticket may not be perfect, but, like life, it is much better than the alternative.

The American Left has done itself a disservice by pursuing a politics of self-expression over strategic thinking.

Every four years, two political spectacles present themselves. One is the electoral contest for the White House. The other is a chorus of critics that tells all who will listen that the Democrat is not worthy of our vote.
Take, for example, Donnie Box, a member of the steelworkers’ union who appeared in an anti-Romney TV ad, but also explained to In These Times staff writer Mike Elk that he won’t be voting for Obama because the president “is a jerk, a pantywaist, a lightweight, a blowhard,” who “hasn’t done a goddamn thing that he said he would do.” (Elk’s story, published on our workers’ rights blog Working In These Times, is one of the most-read articles on InTheseTimes.com.)
And every four years, we argue in these pages that the upcoming presidential election will have a profound impact on the lives of many people—immigrants, the poor, union workers, the unemployed, women and the uninsured. And yes, this year the Democratic ticket may not be perfect, but, like life, it is much better than the alternative.
In this issue, political consultant Vic Fingerhut advises Democrats that to win in November, they must craft a populist economic message that resonates with Independents, the most critical—and, research shows, the most uninformed—bloc of voters. The Party of the Ass sounded some encouraging economic populist notes at its convention in Charlotte. We’d like to hear more of that.
A Democratic victory also requires that those voters who supported the Democrats in 2008 do so again in November rather than stay home or support a third-party fantasy.
In his 2003 book, The Postmodern Prince: Critical Theory, Left Strategy, And The Making Of A New Political Subject, John Sanbonmatsu applied the lessons of Italian political theorist Antonio Gramsci to the post-1968 world. He wrote that the American Left has done itself a disservice by pursuing a politics of self-expression over strategic thinking.
In electoral politics, this current has manifested itself as a tendency to view the ballot as a personal statement. Any number of tiny parties on the Left will be running presidential candidates in 2012; to vote for these parties is to “vote one’s conscience.”
But what if your ballot is not your voice? What if, in fact, your ballot is really just a small quantum of power, to be deployed strategically in concert with other like-minded persons? In the words of Carl Davidson, a former SDS leader who is a fan of Sanbonmatsu, “In the long run you need both self-expression and strategy. You need the inspiration that can be provided by self-expression, but you need a smart strategy that enables you to win.”
Davidson has been talking to steelworkers in his hometown of Pittsburgh, who like Donnie Box say that they won’t vote for Obama. “I tell them, ‘Sometimes you have to vote for who is going to do you the least harm.’ And that argument makes perfect sense to them.”
Of course, it could be worse. The Chicago-based anarchist group Revolutionaries for Romney is organizing under the (satiric?) slogan: “It needs to get worse before it gets better.” In 1933, anarchists in Spain believed the same thing. They urged people to boycott the congressional elections, arguing that the Right’s “victory will favor our plans.” It didn’t quite work out that way.