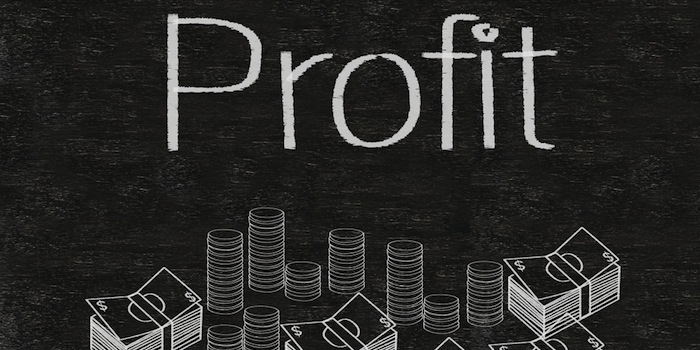 "Vouchers are ... a means to make a transition from a government to a market system," wrote Milton Friedman in 1995. (Chalkboard image via Shutterstock.)

The Right-Wing Machine Behind ‘School Choice’

Think public-school teachers are bad and vouchers are good? You may be prey to a well-funded stealth campaign.

Recently, voucher supporters recognized the need to reinvent the movement by obscuring its White, conservative support base and cultivating the support of Latino and African-American leaders.

In June 1995, the economist Milton Friedman wrote an article for the Washington Post promoting the use of public education funds for private schools as a way to transfer the nation’s public school systems to the private sector. “Vouchers,” he wrote, “are not an end in themselves; they are a means to make a transition from a government to a market system.” The article was republished by “free market” think tanks, including the Cato Institute and the Hoover Institution, with the title “Public Schools: Make Them Private.”

While Friedman has promoted vouchers for decades, most famously in his masterwork Free to Choose, the story of how public funds are actually being transferred to private, often religious, schools is a study in the ability of a few wealthy families, along with a network of right-wing think tanks, to create one of the most successful “astroturf” campaigns money could buy. Rather than openly championing dismantling the public school system, they promote bringing market incentives and competition into education as a way to fix failing schools, particularly in low-income Black and Latino communities.

Even before the U.S. Supreme Court’s Citizen’s United ruling deregulated campaign finance and unleashed millions in political donations, concentrated wealth has played a role in politics. Now in the limelight for its attacks on unions and the exposure of 800 model bills and documents, the American Legislative Exchange Council (ALEC) has produced model bills favorable to its corporate and right-wing funders behind closed doors for decades (as In These Times uncovered in 2011)– including school vouchers and tax credit bills.

This concentrated wealth is reaching into America's classrooms state by state, promoting the transfer of public funds to private education through vouchers that allow parents to pay for tuition at private schools with public money. Promoting “school choice” through privately run charter schools doesn’t go far enough for these billionaires. Today, “private school choice” programs, as vouchers are called in the annual report of the Alliance for School Choice, are in place in 13 states and the District of Columbia. In 2011, a year when states across the nation slashed their education budgets, 41 states introduced 145 pieces of private school choice legislation.

When enacted, the scale can be enormous. In Louisiana, a recently passed school voucher program allocating private school slots for 5,000 students for the coming school year is expected to swell exponentially, encompassing as many as 380,000 students by the 2013-2014 academic year out of a total public school population of just over 700,000 students.

These programs drain tax dollars from public into private schools, including into religious schools with fundamentalist curricula (see below). This effort is cloaked in the language of school “reform” and marketed with the claim that these programs will improve the quality of education for minority students in underserved urban schools. Despite an effort to promote private school choice as a nonpartisan, grassroots effort, the engine behind the national effort and its local offshoots has been, and continues to be, a surprisingly small group of wealthy conservatives.

Rob Boston of Americans United for Separation of Church and State has described Betsy DeVos as the “four-star general” of the school privatization movement. DeVos and her husband Dick initiated a nonprofit (527) in 2003 with the name All Children Matter, dedicated to electing pro-voucher state legislators. In March 2010  DeVos announced the formation of the American Federation for Children (AFC), which is now the umbrella organization for two nonprofits that have been at the center of the pro-privatization movement. These two nonprofits–Alliance for School Choice, a 501(c)(3) and Advocates for School Choice a.k.a. American Federation for Children, a 501(c)(4)–provided over $17 million in grants to 35 other national and state-level pro-privatization nonprofits from 2006 to 2010.

When given a clear choice, voters across the United States have consistently opposed school vouchers. Between 1966 and 2000, state ballot initiatives to allow public funding for private schools were rejected 24 out of 25 times. This dismal record led the pro-voucher strategists to rebrand the movement as “school choice” and as beneficial to public schools. In 2002, Dick DeVos suggested to a Heritage Foundation audience that the school choice movement should conceal its conservative roots. He advised that “properly communicated, properly constructed, [school choice] can cut across a lot of historic boundaries, be they partisan, ethnic, or otherwise.”

We need to be cautious about talking too much about these activities. Many of the activities and the political work that needs to go on will go on at the grass roots. It will go on quietly and it will go on in the form that often politics is done–one person at a time, speaking to another person in privacy.

Dick and Betsy DeVos followed through. By 2009, the media packet of the DeVos-founded All Children Matter promoted the following successes:

• Spent $7.6 million in 2003-2004 directly impacting statewide and state legislative elections in ten targeted states.
• In races with significant ACM involvement, we have a won/loss record of 121 to 60, phenomenally successful for a political organization.
• In an era where incumbents are rarely challenged or defeated, ACM had a role in defeating 17 incumbents that opposed school choice for low-income families.
• ACM has supported the campaigns of four school choice Governors–Bobby Jindal in Louisiana, Matt Blunt in Missouri, Mitch Daniels in Indiana, and Jon Huntsman, Jr., in Utah.

The wealthy benefactors use a system of “rewards and consequences” across the states. It includes funding the campaigns of pro-voucher candidates and funding attack ads against anti-voucher candidates. Legislators who oppose funding private schools with public funds are accused of selling out to teachers’ unions–the primary “villains” behind underperforming schools in the pro-voucher narrative.

Recently, voucher supporters recognized the need to reinvent the movement by obscuring its White, conservative support base and cultivating the support of Latino and African-American leaders as the face of the movement. These leaders have valid complaints about inequality in public education and the failure of public schools to provide quality education to low income Black and Latino children. Having their parents support vouchers–and charters–in the name of improving education is a potent political force. Private school choice is not only a way to privatize education but viewed by some as a wedge issue to bring Latinos and African Americans into the Republican Party.

The pro-corporate ideology behind school choice asserts that business style competition will be invariably good for education, and that putting school management and teaching into private (and nonunion) hands will make education less expensive, more efficient and more effective.

The statistics do not bear out their claims. By 2011, test results for the two oldest school voucher programs in the nation–Milwaukee and Cleveland–had reported disappointing results. Participating students scored no better or worse than their peers who had remained in the public schools. Voucher proponents responded by asserting that voucher students attending private schools graduate at a higher rate. They fail to mention the lack of standards or accountability for some of the institutions bestowing those diplomas.

Much of the positive reporting on private school choice quotes the Foundation for Educational Excellence, founded by Milton Friedman; the Department of Education Reform at University of Arkansas, recipient of a $300 million donation from the Walton Foundation; and other entities funded by pro-privatization supporters.

Louisiana’s new voucher program, signed into law by Gov. Bobby Jindal in spring 2012, has a list of approved schools that includes church schools using home schooling DVDs for instruction and schools that lack the facilities to house the students they are offering to enroll for the 2012-2013 school year. Louisiana legislators threatened to withdraw support if an Islamic school was included in the approved list, of which over 90 percent are Christian schools. The program promises to be such a debacle that the Cato Institute is already recommending a corporate tax credit program instead of vouchers.

But the private school choice juggernaut will roll on and the claims of privatization as the magic bullet will continue, no matter how baseless these claims may be. The multi-billion dollar budget for the nation's schools is a rich prize for those who would profit from the privatization of public schools, and they are joined by equally determined anti-public education ideologues. In May 2011, a headline in the Wall Street Journal trumpeted, “The Evidence is In: School Vouchers Work”.

Excerpted with permission from the Public Eye quarterly, published by Political Research Associates. Read the rest of the article here.

Rachel Tabachnick is an independent researcher who writes and speaks about the political and societal impact of the Religious Right.