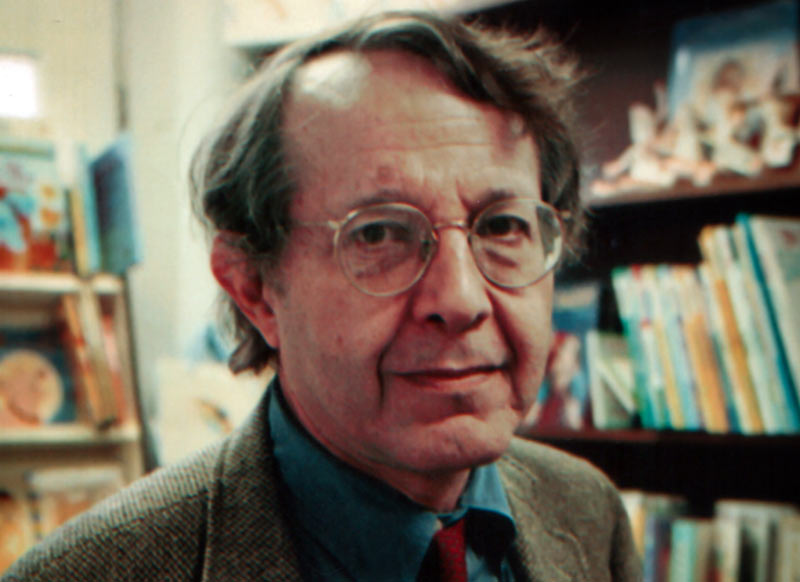 Jonathan Kozol is on a crusade to abolish No Child Left Behind. (Photo courtesy of Gloria Cruz)

Back to School in the Bronx

In Fire in the Ashes, Kozol returns to the Mott Haven section of the South Bronx—“the poorest congressional district in the nation.”

The majority of children in the book didn’t ever completely emerge from all the miseries they had undergone in childhood, but survived in the sense that they kept hold of the essential decency, innocence and sweetness I’d seen in them as children.

‘None of these children can be held accountable for choosing where they had been born or where they led their childhood,’ writes Jonathan Kozol in his latest book, Fire in the Ashes. At 76, Kozol is a defender of teachers, an advocate of school desegregation and a critic of standardized testing. In 2007 he waged a hunger strike to protest the re-authorization of No Child Left Behind. Today, on a book tour, he is celebrating the Chicago Teachers Union victory. In his opening remarks at a Chicago event, he said, “What a change you’ve made in the balance of power between good teachers and their arrogant tormentors. This union is now the nation’s model of un-intimidated and victorious defiance of ill-informed and heavy-handed politicians, and those invasive privatizing forces with which politicians are so cynically aligned.”

In Fire in the Ashes, Kozol returns to the Mott Haven section of the South Bronx—“the poorest congressional district in the nation”—where many of his previous books are set.

You begin Fire in the Ashes with stories about three boys.

All three of those boys underwent terrible degradation both in their schools and living in homeless shelters when they were pre-adolescents. Boys seem most vulnerable between the ages of 9 and 14 years old. These kids knew they were being treated as outcasts. If you demolish the spirits of kids at an early age, it’s not surprising that they’re going to turn their anguish into some form of violent or destructive behavior. In all three cases, they turned the violence upon themselves. But they also had a mean streak. There’s a W.H. Auden line, “I and the public know/ What all schoolchildren learn/ Those to whom evil is done/ Do evil in return.”

Yet many kids in the book not only survive, but succeed.

The majority of children in the book didn’t ever completely emerge from all the miseries they had undergone in childhood, but survived in the sense that they kept hold of the essential decency, innocence and sweetness I’d seen in them as children.

The kids I write about who are most successful—“successful” in terms that our society respects, which is college graduation—are, to me, each successful in a much deeper way. They are morally triumphant. They have a sense of obligation not to leave behind the kids who never got the chances they had.

You’ve written about a girl you call Pineapple since she was in kindergarten. What were the crucial differences between the public and private schools she attended?

Pineapple defied the odds. At PS 65, where she attended elementary school, Pineapple had something like 32 kids in her class and seven different teachers between third and fourth grades. It was one of the worst public schools I’ve ever seen. At the private schools she went to in Manhattan and later Rhode Island, she suddenly had very small classes, teachers who had plenty of time to give her personal attention, teachers who themselves were treated with great respect by the principal of the school and could in turn respect the children. And because these teachers were free from the standardized testing agenda, they didn’t have to insist on uniformity. They could not only allow but encourage the kids to indulge their originality, to be whimsical, playful, curious, creative, and to interrupt the lessons by asking demanding questions. Her teachers were free to be true educators.

Several kids in the book benefited from private educations funded by private donors. Can we depend on philanthropy to transform the lives of poor children in America?

Charity has never been and never will be a substitute for systematic justice. It’s too rarified. It’s too selective. In the long run, the challenge remains within the public schools. The ultimate battle is to be certain that all children, no matter how poor, no matter where they live, receive the same terrific opportunities— the same small class sizes, same rich resources, same enlightened curriculum, and same well-respected and well-rewarded teachers—as the rich kids who go to private schools.

It’s absolutely crucial that we deal realistically with the policies of the president. No Child Left Behind (NCLB) was an absolute disaster. But President Obama has not dramatically altered NCLB, and in the most recent White House pronouncements it’s absolutely clear that certain things are not going to change. The merciless testing of children will continue to be a top priority.

And a new element in the president’s agenda is worse than anything that was in NCLB. The White House is giving states waivers from the law if they enforce the same policies on their own, and add on the new policy that individual teachers are to be directly judged, punished or rewarded according to the test scores of their students. It gives teachers a higher incentive than ever to teach only to the test.

What is behind the scapegoating of teachers?

Look, there are some teachers who shouldn’t be teachers, but by and large the public school teachers of America are devoted, decent and terribly hardworking people. The majority of them are better educators and more thoroughly devoted to racial justice than the teachers I knew 40 years ago. The attack on teachers is an attack on the public school itself as one of the few instruments that remain in America of shared democratic experience.

The same people who scapegoat teachers would love to see a voucher system for private schools in America or a modified voucher system in the form of charter schools. Their supporters are people who don’t believe in the legacy of public education and who would love to privatize the entire public schooling system in America. And the best way to do this is to launch an unrelenting attack on teachers and teacher unions, which remain among the largest unions in the country.

If you put teachers into a school that has an abysmal, rigid, proto-military testing curriculum, if you also maintain either overt or subtle racial isolation of the children, and then fund these schools at half the amount of money that’s going to the schools in rich communities, you create a sense of siege and terror for the principal and faculty.

You tell Pineapple at one point, “Look for battles big enough to matter but, at the same time, small enough to win some realistic victories.” Are those words you live by?

I’m not going to give up on the national struggle. I’m going to continue doing everything within my power in the years that remain to me to abolish the entire agenda of reducing children to numbers, of sucking all the joy, creativity and originality out of youngsters, and of humiliating teachers.

At the same time, I am working hard with groups like Save Our Schools on smaller changes. One goal is forming coalitions of teachers in each community who cannot tolerate living under the testing terror. If local teachers establish solidarity with one another, they’ll feel less lonely and can sustain adverse conditions with a lot more nerve.

If teachers do this on a large enough scale, especially in urban districts, there’s a chance their principals and superintendents will be responsive and help them to counteract national trends. Most public school principals in America hate the testing mania. Most of them say, “We didn’t go to college and study John Dewey and educational theorists of all varieties and read Thoreau and Plato and Shakespeare in order to be drill sergeants for America.”

Is storytelling a form of activism?

Why We Devoted an Entire Issue to Climate Change