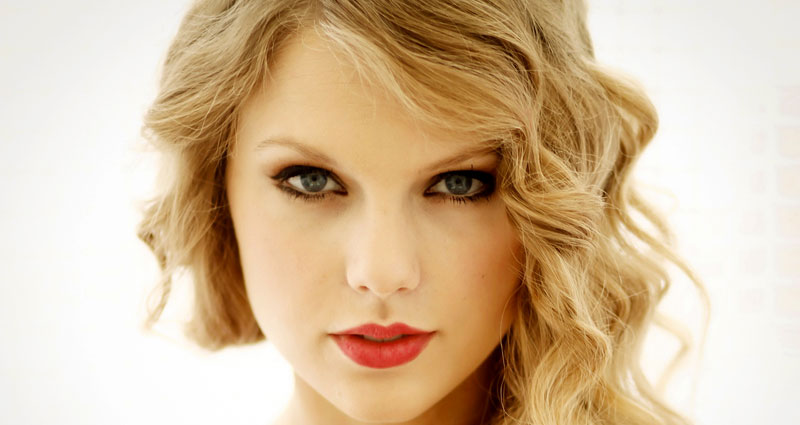 The rest of Swift’s music, especially when she talks about other women, tends to reinforce the message that female self-acceptance is only all right if you have a specific kind of female self. Or maybe just one female self, named Taylor.

In 2009, I wrote a blog post for Bitch Media detailing why I did not think Taylor Swift’s music was feminist. I was subsequently informed, for several years running, that I was an “idiot.” In a writing career studded with opinions on rape, abortion and the shortcomings of various politicians, that post remains one of my most controversial. Which is to say: Some people have a lot invested in this particular pop star.

Taylor Swift started out as a country prodigy, tapped at age 14 to work with various practiced songwriters. (Despite Swift’s reputation as an emotionally acute singer-songwriter, all of her albums except Speak Now, her fourth, have employed industry veterans to co-write her work.) A romance with Jonas Brothers heartthrob Joe—followed by a few spiteful songs and YouTube videos that seemed to be about the breakup—turned her into a household name. She’s now a 22-year-old megastar with a cult of devout fans and five albums under her belt. Her latest, Red, has had the best-selling first week of any album since 2002.

Swift trades in a brand of swooning, fairy-tale romanticism. References to “magic” and “princes” abound. This she laces with barbed populism; her foils are the elitist cheer captains, critics and hipsters of the world. Despite being incredibly wealthy, successful, famous and conventionally beautiful, Swift presents herself as a humble, gosh-golly Everywoman. This may not be true of Taylor Swift’s life, but it does a lot to establish common ground with her listeners. Swift purports to speak for the ignored, uncool and snubbed girls of the world; her voice blends with theirs, makes them feel heard, or at least reflected. Are you there, God? It’s me, Taylor.

Outsider, however, doesn’t equal feminist. Swift’s public persona relies on her being delicate, pure and “good,” the virginal side of Freud’s Madonna/whore complex—something she works to establish in her lyrics. After all, fairy tales require a “princess,” something Swift actually calls herself at times.

At other times, she’s telling boyfriends that she’s “too young to be messed with” and claiming that an ex-boyfriend kept her scarf because “it reminds [him] of innocence,” presumably Swift’s. And, like “good” self-infantilized girls from time immemorial, she reserves the right to castigate “bad” women. “Better Than Revenge” is a slut-shaming temper tantrum about an “actress” who’s “better known for the things that she does on the mattress.” “You Belong with Me” sets a mean-tempered girl in “short skirts” and “high heels” against the sweet, modestly dressed Swift.

Of course there’s nothing wrong with being young or inexperienced or understated in one’s sexuality. But when that’s presented as the standard of female worth, and as a legitimate reason to be cruel or judgmental toward women who don’t meet that standard … well, then we’re dealing with blatant sexism.

As it happens, Swift agrees with me: Her music is not very feminist. In an October 22 interview with the Daily Beast, Swift said, “I don’t really think about things as guys versus girls. I never have. I was raised by parents who brought me up to think if you work as hard as guys, you can go far in life.”

This is a typical opinion from young women who don’t know much about feminism, but it’s always disappointing. Many women slammed Swift for her misunderstanding of feminism, which doesn’t mean “guys versus girls,” but rather, an end to the automatic assumption that guys are superior to girls. Jessica Wakeman of The Frisky called out the idea that “when women don’t succeed it’s because we just didn’t work hard enough.” Indeed, the notion that structural discrimination can be overcome by spunk and can-do spirit does seem a little Republican.

But of course she also had her defenders. “It’s not our place to demand that Taylor Swift be knowledgeable and eloquent on any topic, much less feminism,” wrote Daisy Barringer at xoJane. Other feminists privately expressed frustration that a woman who doesn’t openly identify as “feminist” is the automatic target of outrage from women who do; they argue that this does nothing to lift women up, and plenty to tear individual women down.

And that’s fair. A feminism that devotes itself only to critiquing other women’s lack of feminism will get nowhere. Yet when someone is presented as a role model for young women, we needn’t automatically accept her work as empowering. The key to the debate is not what Swift intends her music to do—questions about the artist’s “intent” are pretty dated, after all—but what listeners do with her music.

One thing they do is commiserate. Swift famously writes, in detail, about the men she’s dated who have let her down. Songs about broken hearts have been around as long as music, but every one of Swift’s albums comes with clumsily coded clues—capitalized letters in the lyric books—that spell out which famous men the songs are about. For example, the code “MAPLE LATTES” accompanies the song about the scarf-stealer. Celebrity blogs went wild when Swift was spotted drinking maple lattes with actor Jake Gyllenhaal.

Naming the evil that men do, even when that evil is as banal as not giving back a scarf after a breakup, can be an empowering move for young women. So, where some of us see People Magazine: The Musical—celebrity gossip set to twangy guitar—others see a young woman who’s fearlessly claiming her right to express anger.

Thus, on some level, Swift’s songs are a feminist project. Instead of existing in isolation and assuming that any bad emotional reaction to a man must be her own fault—which is the space the culture wants young women to exist within—Swift is sitting down to write out her own reactions and share them with other women. If listening to the woeful tale of Gyllenhaal’s scarf envy is what it takes to get a young girl to start questioning her levels of self-blame, that’s good enough for me.

What I question is whether such a ballad will necessarily lead the girl into a context where she can connect the hurt she’s experienced to the culture that has systematically given men’s feelings and experiences priority over women’s.

The rest of Swift’s music, especially when she talks about other women, tends to reinforce the message that female self-acceptance is only all right if you have a specific kind of female self. Or maybe just one female self, named Taylor. Consider her complicated stance on boyfriend-stealing: “You Belong with Me” is vicious because she wants to steal the other girl’s boyfriend, whereas “Better Than Revenge” is vicious because the other girl stole her boyfriend. The primary sin one can commit in a Swiftian universe isn’t treating women badly; it’s refusing to give one specific woman exactly what she wants. Structural critique is what real feminists do, and you can’t build a structural critique entirely around the idea that one person deserves all the toys.