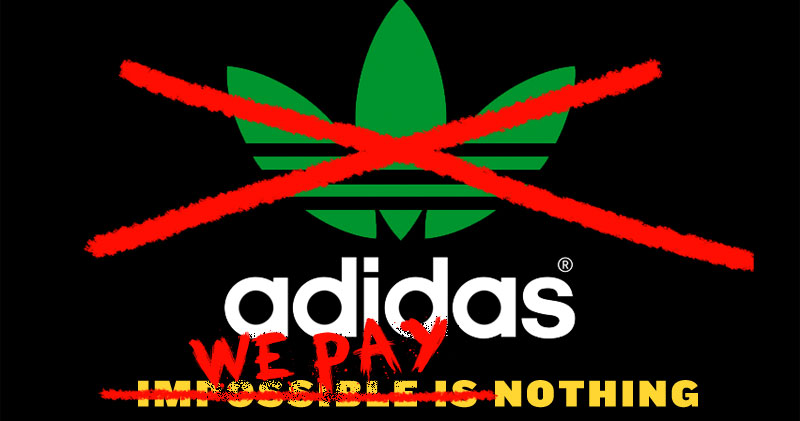 The sporting apparel giant is losing university contracts over its labor practices.

As public awareness of sweatshop labor has increased, Adidas has been doing some fancy footwork to preserve its image. In addition to working with groups like the Fair Labor Association to monitor production, the sportswear company conducts internal audits and “supplier education” in order to show that working conditions in its more than 1,200 contract factories worldwide are improving. But after the company denied a group of Indonesian workers $1.8 million in severance pay, university students are calling foul.

On October 1, Cornell University officially terminated its contract with Adidas following pressure from United Students Against Sweatshops (USAS), a national network of student groups targeting labor abusers. USAS launched the anti-Adidas campaign in solidarity with nearly 3,000 Indonesian workers owed severance pay after their factory, PT Kizone, closed without warning in April 2011. Adidas did offer PT Kizone workers food vouchers, but workers twice rejected the offer. According to USAS, ex-PT Kizone employees are struggling, and some workers have withdrawn their children from school or cut back on food spending to make ends meet.

When the Cornell chapter of USAS threatened to terminate its contract with Nike over similar severance pay disputes in 2010, the move helped 1,800 laid-off Honduran workers win a $1.5 million assistance fund. Adidas has not been as accommodating.

Cornell is the first university to terminate a contract with Adidas over labor abuses, though Oberlin College says it will not seek to renew its contract with the sporting apparel giant. Students at dozens of other universities have since joined the movement to terminate Adidas contracts and boot its goods from campus stores.

Garrett Shishido Strain, a USAS national organizer, says Adidas’s behavior with PT Kizone is part of the company’s pattern of labor abuses, which includes refusing severance pay to workers at Hermosa factory in El Salvador. He urges consumers to not be fooled by glossy “corporate social responsibility” campaigns.

“They just put on a summit in Switzerland to discuss long-term solutions to severance,” Shisido Strain says. “No workers from PT Kizone or Hermosa were in attendance, but Adidas is taking ridiculous measures to evade responsibility. We intend to expose the abuse and force them to change.

“As students, we have leverage on our universities.”