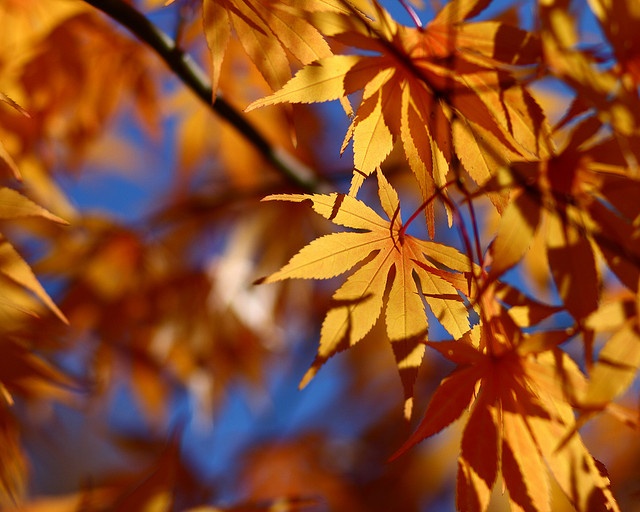 In that refugee's broken home there was an oppressive silence. We ate in silence in the dining room that served as a bedroom at night. We waited silently in line for the bathroom, slept silently side by side, as if saying anything would only bring us all to tears.

As I helped him tape students' drawings of turkeys and pilgrims and Indians to the classroom windows, Mr. K. patiently explained to me the origins of the holiday. You know the story: newcomers to America struggling, surviving and finally thriving in the New World, thanks to the kindness of the natives.

I could barely speak a complete sentence in English, having spent less than three months in America, but Mr. K.'s story wasn't all that difficult to grasp. Still, I didn't particularly see what it could have to do with me.

My family and I had arrived in America several months earlier, at the end of the Vietnam War. My father, a high-ranking officer in the South Vietnamese army, was missing, having adamantly refused to join us when we fled in a cargo plane heading out of Saigon two days before Communist tanks rolled in. Father—who had stayed in Vietnam determined to fight to the end in the jungle—was the center of our lives, and his absence left a horrible void.

We had arrived in America with nothing but rags in our backpacks and a few ounces of gold that my mother had tucked into her money belt. An impoverished aunt took us all in. Soon there were ten people crowding together in Auntie Lisa's tiny two-bedroom apartment at the end of Mission Street in San Francisco.

Today, in her suburban condo at the edge of California's Silicon Valley, my mother is fond of referring to our first year in America as “a time of living like wandering ghosts.” We had, after all, gone from being an elite family in Saigon, with three servants and a villa, to being exiles with little to our name. We did not speak English and had no discernible skills. Without Father, who was educated and spoke English, we were destined for a life of poverty.

In that refugee's broken home there was an oppressive silence. We ate in silence in the dining room that served as a bedroom at night. We waited silently in line for the bathroom, slept silently side by side, as if saying anything would only bring us all to tears.

Indeed, Mr. K, what was there to be thankful for?

Ah, but there was.

A few days after Mr. K. explained Thanksgiving to me, something marvelous happened: My father called. He had survived, and would soon join us, having changed his mind and escaped aboard a crowded naval ship from Saigon.

When Father arrived he was skinny and haggard, no longer the war hero of my memories, but he nevertheless brought jubilation into our lives. I remember hearing my mother laugh, hearing the adults gossip and argue, and sometimes I would close my eyes, pretending that we were all still living in Saigon. One morning I looked in the mirror and was surprised to see a boy's face smiling back at me.

As the holiday drew near, I had a change of heart about Thanksgiving. If Vietnam's final act of mercy was to release its grip on my father, America was generosity itself. As in Mr. K's story, it was populated by friendly natives who helped us out. There was that businessman at the L.A. airport, a stranger, who offered to pay for my entire family's plane tickets to San Francisco when we left the refugee camp of Pendleton. In school my friends Remigio, Tai, Marvin, Wayne, Robert—white, black, Filipino, Mexican kids—all adopted me. Eric taught me to play baseball; 200-pound Tai protected me from the rowdy kids; and Robert, the popular blue-eyed jock, offered to take me on vacation with his family. And best of all Mr. K., ever patient and nurturing, made me his pet. Whenever I missed the bus, or even simply asked, he would drive me home after school.

That Thanksgiving my family gathered on the floor and ate two gigantic turkeys donated by religious charities. The kids fought over the food and the adults talked about job prospects. There was even talk of a possible trip next summer to the place I equated with paradise: Disneyland.

We have moved into the middle class since then. My father retired from his job as a bank executive, my mother from hers as an accountant. My brother and his wife are successful suburban engineers. My sister lives in a luxury condo downtown San Francisco and, not far away, I in mine. Thanksgiving at my brother's home this year will be replete with wines and seafood and crab and yes, turkey, and fabulous Vietnamese dishes. But the Thanksgiving I remember with fond memories is the first one, where we ate on the floor and wore donated clothes, and when I was just learning to pronounce the word.