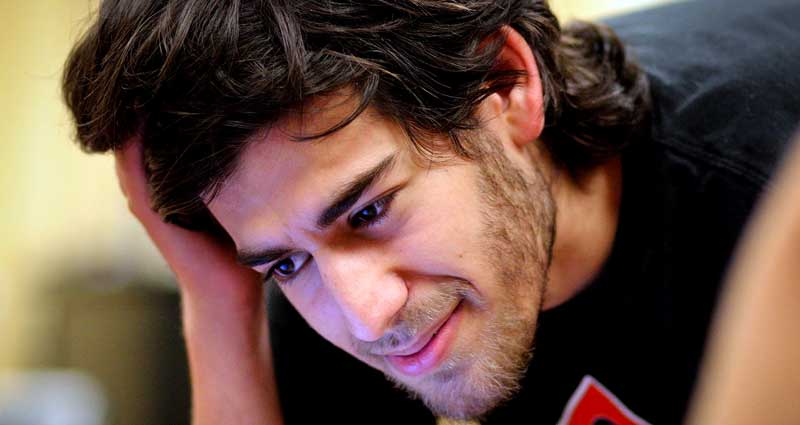 No Sanctuary in the Ivory Tower

University administrators, eager to kowtow to their federal paymasters, become surrogate enforcers rather than principled defenders of academic freedom.

When Aaron Swartz took his own life with the approach of trumped up legal proceedings of evidence poised to threaten his freedom, he became a national symbol of two notorious failings of our legal system: federal prosecutors who, with an eye on their conviction scorecard, overcharge cases and bully defendants into submission; and the enforcement of proprietary computer terms-of-service agreements as if they were the republic’s first line of defense against mass sedition.

But the Swartz case brought home a third failing: the abject capitulation of MIT to the dictates of the U.S. attorney’s office. In 2011, Swartz used MIT’s computer system to access the proprietary academic-research site JSTOR, and thereby briefly liberated more than 4 million journal articles from behind the site’s paywall. MIT administrators meekly permitted federal prosecutors access to Swartz and his computer, without benefit of a search warrant. And after JSTOR declined to press charges in Swartz’s low-stakes hacking case, MIT chose to remain a complainant in the take-no-prisoners prosecution mounted by U.S. Attorney Carmen Ortiz, who multiplied the counts against Swartz until he was looking at as many as 50 years in federal prison.

MIT’s role is puzzling given its long history as one of the nation’s chief progenitors of hacker culture. It allowed Richard Stallman, the programmer who essentially founded the free software movement, to use an office on campus as his operating base (and at times, reportedly, as his home). As the Swartz case demonstrates, universities that were once deemed preserves of cultural dissent and nonconformity, these days reflexively knuckle under to the powerful enforcing—and funding arms of the federal government.

“This seems to be another piece of evidence that we in major universities look toward Washington before we make a decision about, say, some young oddball who’s hooked his computer to our wiring,” says Harry Lewis, a Harvard computer science professor who was also Harvard’s undergraduate dean from 1995 to 2003. “We have so many entanglements: Pell grants, research funding, undocumented students we have on our campuses,” says Lewis. “So we’re always looking over our shoulder.”

To see how deep-seated this trend is, one need only look across town, to Boston College, where from 2001 to 2006 Irish historian Ed Moloney directed an oral history project, collecting interviews with former members of the Irish Republican Army about the group’s past terrorism campaigns. Guarantees of confidentiality were central to the project, for obvious reasons. But in 2011, Northern Ireland prosecutors issued subpoenas for Moloney’s interviews—subpoenas that the Department of Justice summarily dropped on BC.

BC did hire lawyers to fight the subpoenas (after Moloney leaked the story to the New York Times), but rather than defend academic freedom, the college pursued a narrower stay on the release of some of the interviews. This left Moloney and his collaborators to file their own broader appeal to the Supreme Court, which will hear arguments later this year.

Says Moloney: “When we sought amici briefs for our SCOTUS case we had no difficulties attracting journalistic and media organizations … but U.S. academe ran screaming for the shadows.” And in late January, the BC case took its own eerie Swartz-like turn: Dolours Price, the former IRA member in Moloney’s project whose participation originally roused the interest of Irish authorities, had died of an apparent drug overdose.

Laid side by side, these two Boston-area cases point to eerily similar trends: Inquisitorial federal prosecutors, operating under loose interpretations of the mandate to combat terrorism, are prepared to run roughshod over protocols that protect the traditions of academic autonomy and free inquiry—while university administrators, eager to kowtow to their federal paymasters, become surrogate enforcers rather than principled defenders of academic freedom.

Aaron Swartz’s legacy might well produce important gains in the struggle to expand the free play of information into a significantly enlarged public sphere. But in institutional terms, the cases of MIT and Boston College suggest the struggle has already been fought—and lost.