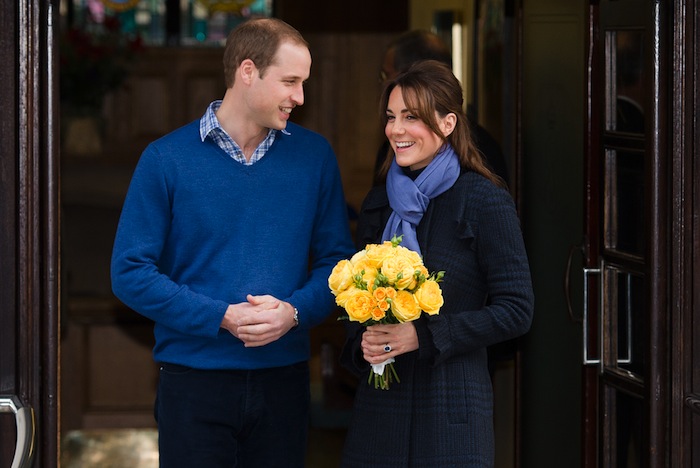 Loving to Hate the Royal Family

Hilary Mantel’s sniping at Kate Middleton, and why we Britons cling to our monarchy.

Hilary Mantel is not the first grandee to attack the monarchy. When Lord Altrincham became plain John Grigg in 1963, he attacked the Queen’s style of speech as “a pain in the neck” and deplored her inability to string a sentence together without a text.

You might think that most sensible people in Britain would want to see the end of monarchy. We could do it gently. The royal family is rich, and we’d let them stay in their castles and palaces; we’d just stop paying for them to do so. It seems quite likely that most of them would be relieved to see the last of their dull duties and their crowns. There’s no question Prince Harry would be relieved, unsure whether he’s “a person or a prince” but certain that it’s hard being both. We could, at the same time, do away with ridiculous titles and with the House of Lords, our second and unelected parliamentary chamber, even though, oddly enough, slightly more sense is talked there these days than in the elected House of Commons. So why on earth don’t we bin the lot? Inertia, mainly, and possibly the sense that there are more important things to worry about, but also, I daresay, because of what Hilary Mantel calls our “devouring curiosity” and a national taste for ambivalence.

Mantel is the author of two historical novels about the English court in Tudor times, both Booker Prize winners. Now she has put the cat among the pigeons by describing the pregnant Kate Middleton—the Duchess of Cambridge and wife of the heir-but-one to the throne—as no more than “a royal vagina,” the latest in a long line. Mantel’s lecture (published in February’s London Review of Books) begins with Marie Antoinette and ends with Henry VIII, who, besides having six wives plagued by a variety of obstetric ordeals, had bodily problems of his own.

The press furore has focused on Mantel’s brief description of the future queen of England as “designed by a committee and built by craftsmen,” chosen and accepted by the royal family for her womb (did they insist, I wonder, on a prenuptial medical examination?), and her irreproachable appearance and manners—as thin as a clothes horse needs to be, with “a perfect plastic smile” and no personality.

This is probably unfair and strikes me as mean-spirited. Prince William and Middleton met at university 10 years before they married. It seems likely that she was reluctant to marry him precisely because of the fate lying in wait for royal wives, which is pretty much as Mantel depicts it. The leaders of the three leading U.K. political parties have leapt to the Duchess’s defence, and several women journalists to Mantel’s. One, Caitlin Moran, called Mantel’s lecture “sane and beautiful”; another, Beatrix Campbell, praised it as a feminist critique of monarchy.

Mantel is a clever writer. Her memoir, Giving up the Ghost, which describes the appalling failure of doctors to diagnose endometriosis when she was a young woman, is borne brilliantly aloft by her fury at a fate that has left her with a large, suffering body and an inability to have children. She has always written well about anger, resentment and pain, as when she speculates that Henry VIII’s bad behaviour may have been due to his being perpetually in pain: “Historians—and, I’m afraid, doctors—underestimate what chronic pain can do to sour the temper and wear away both the personality and the intellect.”

Mantel’s outburst is delivered within a measured and witty meditation on the current royal family, her formal encounters with them, and on the courtiers and monarchs she’s been busy writing about during the last few years. She is not the first grandee to attack the monarchy. When Lord Altrincham became plain John Grigg in 1957 and suggested it was time for a change, he attacked the Queen’s style of speech as “a pain in the neck” and deplored her inability to string a sentence together without a text. In 2003, Tony Benn, who relinquished his hereditary title, Lord Stansgate, wrote of the monarchy as helping “to prop up all the privilege and patronage that corrupts our society.”

Hilary Mantel is kinder to her kings and princes than she is to their wives, and she’d be the first to read “women beware women” as an injunction and a warning.

She admits that our interest in these people has something cannibalistic about it, that it is often cruel and even patronising. With our little gobbets of information about them we feel able to imagine their biology and their innermost thoughts, confident that we’re much cleverer than they are and that they need constant reminders that without our complaisant adoration, they would be nowhere.