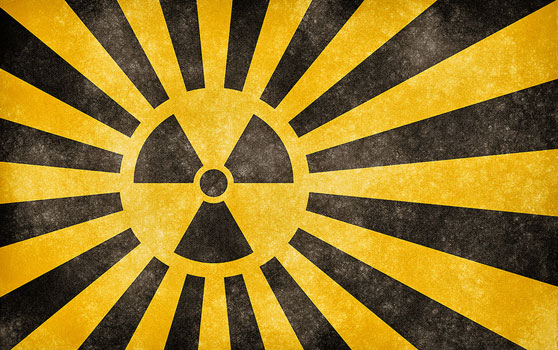 Time for the Democrats to Go Nuclear

Harry Reid has nothing to lose by banning the filibuster of appointments.

President Obama has nominated five candidates to serve, including two Republicans. Lindsey Graham, R-S.C., has made it clear he intends to filibuster any and all of them, thus killing the board.

Marcus Hedger was wrongly fired. That’s what the National Labor Relations Board (NLRB) determined. Despite that, Mr. Hedger lost his Antioch, Ill., home. His case got mired in allegations that the board that heard it was illegitimate.

Similarly, West Virginia’s Cannelton miners wrongly lost their jobs. The NLRB said so twice. But quarrels over NLRB quorums effectively nullified both decisions. Three of the miners have died waiting for justice.

Achieving such spectacular defeats of worker rights took Republicans years of focused, dedicated and relentless scheming. They’ve abused the filibuster process at a record rate. They’ve manipulated Senate recess to unprecedented levels. They’ve delayed and appealed decisions. Government disgusts Republicans, so obstructing it makes sense to them. They’re equally repulsed by unions, now representing a grand total 11.3 percent of all American workers, largely as a result of decades of effort by the GOP to destroy worker protections and worker rights. Senate Majority Leader Harry Reid, D-Nev., can hobble this right-wing campaign against working people by deploying the nuclear option. He’s got nothing to lose and workers have everything to gain.

There is no doubt about GOP intent. Sen. Lindsey Graham, R-S.C., stated it loudly and clearly. He threatened to filibuster all of President Obama’s nominees to the NLRB because: “The NLRB as inoperable could be considered progress.”

Republicans have used the filibuster interminably to prevent confirmation of President Obama’s nominees—to the NLRB, to judgeships, to administrative posts. Democrats did it too during George W. Bush’s presidency. But it was nothing like the level to which Republicans have exploited the filibuster during the Obama presidency. Nothing. No comparison.

President Obama responded, exactly as other Presidents have, with recess appointments. These selections, made while Congress is not in session, are temporary and don’t require Senate approval.

The GOP cried foul, saying Congress wasn’t really recessed. The lawmakers had left town for a break, true enough. No business was being conducted, true enough. But the GOP-controlled House had refused to approve a Senate recess, so a member would drive to the Capitol once every few days during the break, slam down a gavel and announce the place was open for business. For a minute. Then end business with another strike of the gavel.

Two appeals courts have now approved this tactic. In a split decision, the Third Circuit Court of Appeals ruled invalid President Obama’s 2010 recess appointment to the NLRB. And the D.C. Circuit Court of Appeals ruled invalid the President’s three 2012 recess appointments to the NLRB. The White House is appealing to the Supreme Court.

For two and a half years, Senate Republicans delayed a vote on President Obama’s first nominee to fill a vacancy on the D.C. Circuit court—so long that the candidate withdrew. Last week, the Senate finally confirmed a judge nominated by President Obama.

That means the court now uses 14 judges—five nominated by Democrats and nine by Republicans. And it still has three vacancies. To retain the GOP stranglehold, Republicans have proposed legislation eliminating those three slots. It was introduced by Sen. Chuck Grassley, R-Iowa, who had no problem with the size of the court when he voted to approve Bush’s nominees to fill its bench.

Losing three Democrat-appointed judges on this bench would mean that next time the GOP wants this key court to rule against Wall Street regulation or environmental protection or an NLRB appointment, Republicans would pretty much know they had the decision in the bag.

If the GOP had won the Presidency, a Republican could fill those three slots. But the GOP did not win. Instead, it wants to jettison those judges until, of course, the next time a Republican is in the White House.

The D.C. Circuit Court and Third Circuit Court decisions voiding the recess appointments to the NLRB raise questions about the validity of all NLRB decisions during the time when those appointees served—nearly three years of rulings. Rulings affecting the lives of workers like Mr. Hedger and the Cannelton miners.

That’s fine with Republicans like Graham. They want to eliminate the NLRB, which has for three quarters of a century protected workers’ rights. Even if the appeal to the Supreme Court on the recess appointments goes against the GOP, they’ve got another poison pill up their sleeve.

That’s ensuring the NLRB can’t operate. The board hasn’t had a full contingent of five members since August 2003. For more than two years beginning Jan. 1, 2008, the board had only two members. The Supreme Court ruled that two-member board invalid.

The board now has three members, including one whose term expires Aug. 27. His loss would render the board inoperable. Exactly what Republicans want.

President Obama has nominated five candidates to serve, including two Republicans. Graham has made it clear he intends to filibuster any and all of them, thus killing the board on Aug. 27.

When Republicans controlled the senate, Democrats filibustered Bush nominees and engaged in “pro forma” recesses—but nowhere near the level the GOP is doing it now. During the Bush administration, the GOP threatened to change the rules to prevent filibustering of nominees. That’s the nuclear option. If Republicans went nuclear, Democrats said they’d scuttle Bush’s entire legislative agenda. So Republicans didn’t.

Now, however, Democrats have nothing to lose if they go nuclear. There’s no threat in Republicans saying they’ll stymie President Obama’s legislative agenda. They already do that. They say no to everything. Even measures essential to prevent financial disaster.

Harry Reid stepped back from the nuclear option earlier this year. Now, however, is the time to use the nuke. The Cannelton miners, Mr. Hedger and all American workers need that protection.