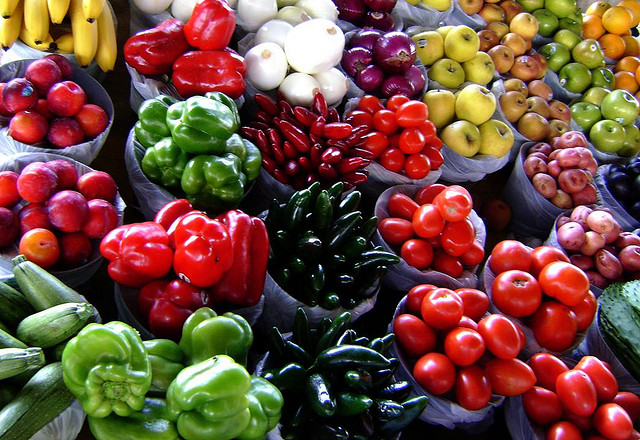 44 million Americans rely on food stamps to ensure they have enough to eat. (Patrick Feller/Flickr/Creative Commons)

A program that feeds millions faces an uncertain fate.

Rep. Jim McGovern (D-Mass.), who has led Democratic opposition to SNAP cuts, tells In These Times he fears the worst—that House Republicans are gearing up to slash food stamps by even more than the $20 billion included in the first farm bill.

Today, House Republicans passed a farm bill that does not include funding for food stamps, leaving the program’s future up in the air.

Rep. Frank Lucas (R-Okla.), the chairman of the Agricultural Committee, decided to take the unusual measure of removing food stamps from the bill weeks after the GOP majority failed to pass a version that would have funded both agricultural and nutrition programs. That first bill went down in flames when the $20 billion in proposed cuts to the Supplemental Nutrition Assistance Program (SNAP) provoked an unlikely coalition of opponents—Democrats who felt that the cuts went too far, and a pack of about 60 far-right Republicans who thought the cuts did not go deep enough. Lucas’ idea was that by splitting the bill into two different components, it would be easier to reach a Republican majority on both.

The agriculture-only bill, which funds $195 billion worth of subsidies, passed the House on Thursday by a 216-208 margin. However, the future of SNAP, whose benefits reach about 46 million Americans, remains decidedly less clear. No nutrition-only bill is on the table in the House. When asked about what Republicans were planning on doing with the program, House Speaker John Boehner told reporters, “We’ll get to that later.”

Food stamps are a mandatory spending program, meaning that they are supposed to receive enough funding to cover every eligible American. But the current version of the program expires on September 30. As Ezra Klein has pointed out, there are a number of possible outcomes. SNAP could potentially face cuts in the congressional appropriations process on the grounds that it has not yet been authorized. The other option would be to reconcile the House’s current agriculture-only bill and the bill the Senate passed, which would cut SNAP by $4 billion. Finally, House Republicans could pass a nutrition-only version of the bill before heading to conference—likely one that includes steep cuts. None of these are particularly good options for food stamp beneficiaries.

Rep. Jim McGovern (D-Mass.), who has led Democratic opposition to SNAP cuts, tells In These Times he fears the worst—that House Republicans are gearing up to slash food stamps by even more than the $20 billion included in the first farm bill. Those cuts would have eliminated eligibility for two million people, according to estimates from the Congressional Budget Office.

“We have no idea what the Republicans plan to do with SNAP, but in order to persuade 62 Republicans who voted against the farm bill a few weeks ago to now vote for the bill, something had to be promised,” McGovern says. “And what we fear is that SNAP is on the chopping block in an even more severe way. We’re prepared for war here. This is going to be all-out fight and it’s a fight worth having. We’re supposed to stand for people who are struggling, who need help, who are vulnerable and we’re gonna do that.”

McGovern says that Democrats need to be vigilant about all the possible courses of action in order to prevent SNAP cuts from taking place. Though he commends the White House for issuing a veto threat, he adds, “They need to step it up, too.”

“We need to remind people why this program is important—not just SNAP but why nutrition programs are important, why programs that provide for your citizens’ meals and your kids’ meals are important,” he says. “I don’t trust this Republican leadership. I know they’re going to go after this program. I’m not sure which vehicle they’re going to use to go after this program. But whatever they do, we have to be ready and use every tactic that we have available to us, being in the minority, to fight back. And I hope we’ll prevail.”

Ultimately, the program’s funding may depend on how just many cuts Democrats are willing to accept over the course of the next several months. The fact that the Democratic-majority Senate has already agreed to $4 billion does not bode well.