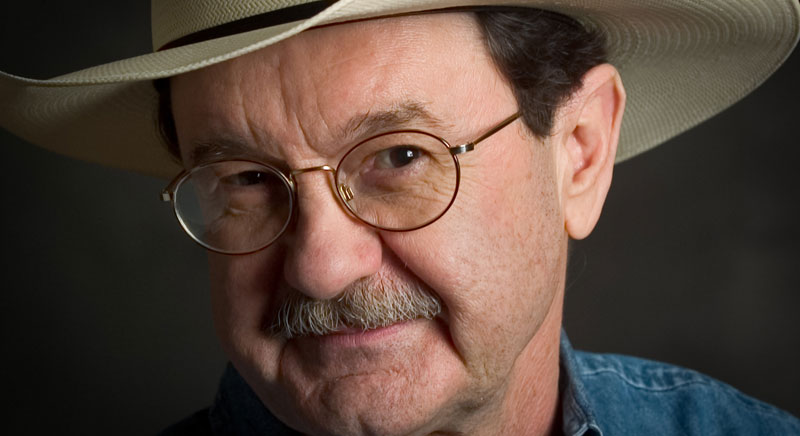 Jim Hightower is leading the charge to amend the Constitution. (Courtesy of Piercarlo Abate)

On the Road Against Citizens United

It was a sunny, sultry summer day in Chicago. But the 200-plus crowd was eager to be cooped up for an afternoon of speeches in a hotel conference room near O’Hare Airport. The reason? Jim Hightower was in the building. Hightower is a wisecracking populist—and a politician, editor, publisher, radio host and author—who wants us to take back our government. He was invited to speak at the July 21 event by the Illinois Coalition to Overturn Citizens United, led by Common Cause Illinois, which is part of a national grassroots campaign to pass a constitutional amendment that would reverse Citizens United.

Hightower strode into the hotel restaurant on the dot of our scheduled interview time, bearing his signature cowboy hat and an eager grin.

It was a propitious time to chat, in light of the Texas redistricting fight, that state’s raging debate over abortion rights and the movement for immigration reform. And I wanted the skinny on a Hightower archenemy: Rick “Ooops!” Perry, the retiring Texas GOP governor and hapless 2012 presidential wannabe.

Over coffee, Hightower made a potent case that corporate titans are stealing our democracy.

What are you fired up about these days?

Well, the Koch brothers are behind the Keystone XL pipeline. They [own] a pipeline company themselves, and they’re going to move tar sands oil. The Koch brothers are big funders of climate change denial, as is Exxon-Mobil. So the failure of governments, both state and national, to say no to these things is because of the money. On one side we have Republicans, the unabashed proponents of corporate money, and on the other we have the meek reformers, the Democrats.

What do you mean by “meek reformers”?

The Democrats are willing to try and reform the money system around the edges, but not in any way that will stop them from getting their share of corporate checks. So that means there’s no push for public financing of elections, no push for overturning Citizens United. Instead [Sen. Chuck] Schumer [D-N.Y.] is the lead Democrat on campaign finance reform, and his big push is for a piece of mush dubbed the DISCLOSE [Democracy is Strengthened by Casting Light On Spending in Elections] Act. It essentially says to corporations, “Okay, you can still buy our elections, but you have to report your purchases.”

Well, there’s a guy who really puts the goober in gubernatorial. He is a complete corporate toady, so he’s not about to fight it.

What do you think about this latest move to step down and leave the governor’s office. Is it clear that he is going to make another run for president? Has his memory improved?

No. As I told some of the media when Perry was first running, “Now pay attention because he’s not as stupid as he seems. He’s much stupider.” And he’s so stupid that he thinks he can actually win this. He’s hoping to be the darling of the religious, far-right fringe that Michele Bachmann and Rick Santorum were last time. It’s not going to work. Even in Texas, that level of extreme extremism is turning Independents off, while it’s revving up enthusiasm and organizing among Democrats.

Texas women, for example, are on the move. The Republicans single-handedly united the Democratic Party with that stupid abortion bill. Or take Rep. Steve Stockman [R-Texas]. He’s not too tightly wired anyway. He has a bumper sticker that says, “If babies had guns, they would not be aborted.” So much ignorance, in so few words.

And it’s not just Texas. In North Carolina, lawmakers have gone completely insane, plunging over the right-wing cliff. They’re cutting back on food stamps, education and even unemployment benefits to be able to cut taxes for the wealthy.

Do you think Texas will ever go blue in your lifetime?

Oh yeah. We are moving now. We changed the party structure, the leadership last year. A guy from South Texas, Gilberto Hinojosa, is the new party chairman. He’s focused on grassroots organizing and training, and recruiting solid candidates with a populist message. What happened in Texas is not that voters turned Republican or to the right, but that they quit voting. That’s because the Democratic Party quit talking like Democrats. Perry brags that he got 55 percent of the vote in his reelection bid. But we had the lowest turnout in America—32 percent of eligible voters. So he’s only the choice of about 18 percent of Texans. But Democrats aren’t getting 19 percent! There’s our first challenge. Let’s get back to door-to-door organizing and the kind of unabashed, FDR-style common-people-versus-corporate power issues that’ll make the working stiffs, enviros, single moms, dirt farmers, the poor and the whole national Democratic constituency perk up and turn out.

So what’s your take on what’s going on in Washington?

The Republicans in Washington have this huge quandary because they’re tied to the right-wing nutballs—the Tea Party people—and at the same time the leadership is tied to Wall Street and corporate interests. So the only things they can pass are corporate things the Democrats won’t. They’re know-nothings that do nothing. When the Tea Party took over the House and they had their opening session, one guy on the floor was David Koch—actually on the floor, gloating about his accomplishment.

Obama made that dramatic gesture in the State of the Union a few years ago when he scolded the Supreme Court for Citizens United, but he hasn’t really said anything since. A number of members of Congress support an amendment to abolish corporate personhood, but they can’t do it inside. It has to come from outside. And it is coming from 14 or 15 states now that have passed resolutions calling on Congress to send the people of their states a constitutional amendment to overturn Citizens United. Let the people vote. Let them vote on whether corporations have the same right to speech as people. And at least 500 cities have passed this as well. Five years ago you wouldn’t imagine that we would actually be talking about whether the Constitution meant that a person means an entity with a belly button. It’s just insane!

Isn’t this really demoralizing to your average voter?

That’s why I’m here and that’s why these grassroots groups are forging ever-broader, ever-bigger coalitions. As Martin Luther King Jr. put it: “We may have all come on different ships, but we’re in the same boat now.” We’re all pissed off about Citizens United, and people will perk up and join in if they see a real effort to do something about it. Two years ago, when it was first starting, progressive groups got together, and a number of people said, “We can’t pass a constitutional amendment. It’s not even worth trying.” They’re not saying that anymore. I’m talking about foundations, people in the Beltway. Now they’re saying, “Hmm, seems this is an old model that goes back to suffrage.”

How do you get people energized? How do you answer the “Why should I care?” question on a basic level?

Because they do care. They know that corporations, the 1%, now run the country. They see that Congress will bail out Wall Street, but will do nothing as joblessness becomes an epidemic and more than 100 million people are in poverty. They know that this is because Washington is owned by these monied interests and will respond to them but not to us. Then you’ve got the Boehners and the Paul Ryans and those people who say, “Well we can’t afford these poverty programs, we need to get tax breaks to corporations.” People see the connections and the importance. The question is whether we can show them that anything can happen.