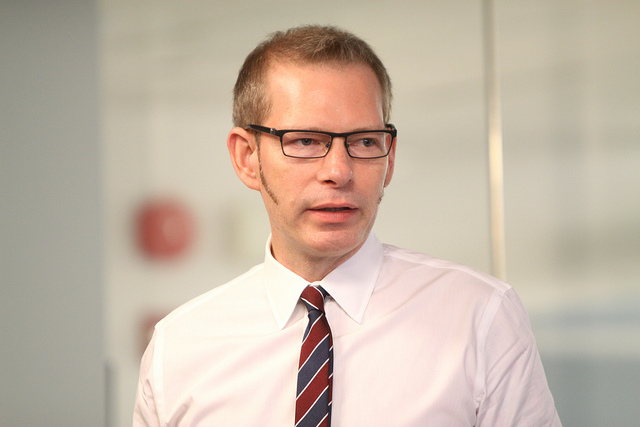 FreedomWorks believes uninsured low-wage young people, who work for corporations that are spending tens of millions lobbying against increasing the minimum wage, will reject insurance paid for in part by a tax on the rich.

So many challenging choices for young people today! And it’s not just between Vine and Instagram. More importantly, it’s between burn-baby-burn and health insurance security.

FreedomWorks, a Tea Party don’t-think tank, is urging young adults to be rebels with a self-destructive cause. “Stick it to the man,” FreedomWorks urges young people. It tells them to do so by filming themselves burning homemade “Obamacare” cards and “Vining” the video explaining why they are Obamacare refuseniks as flames lick their fingertips.

“Conservative” champion Stephen Colbert counsels these mutineers to be careful not to scorch their hands because, you know, they don’t have health insurance. Alternatively, young people could buy subsidized health insurance on the new exchanges with the help of “navigators” that Obamacare funded last week and then torch as much homemade rubbish as they choose, secure in the knowledge that if they’re injured in the process, they can afford to see a doctor.

It’s not much of a dilemma. On the one hand, uninsured young people can get affordable, subsidized coverage on the Obamacare exchanges, with guidance from a “navigator” if they need it. On the other hand, they can get all FreedomWorksy defiant, incinerate a symbol, pay a fine for flouting federal law and live with the fear of massive medical debt incurred after an accident or illness.

Oddly, FreedomWorks defines everyone under the age of 40 as “young people.” In the days when young people burned actual, not fake, draft cards, they didn’t trust anyone over 30, which would include FreedomWorks CEO Matt Kibbe, 50, and former FreedomWorks chairman, Dick Armey, 72, who described the group as “dishonest” as he took $8 million last year to quit.

Also, when urging young people to become Obamacare dissenters, FreedomWorks frequently neglects to mention that there’s a fine attached to defying the individual mandate to get insurance. Failure to secure coverage in 2014 will cost card-burning rebels $95 when they pay their income tax. Not much. But within two years, the penalty rises to $695 or 2.5 percent of household income.

That’s not a lot of money for employees of FreedomWorks, which is rich enough to pay Kibbe $322,000 a year and hand its former chairman $8 million to walk away. But it is a lot of money to a low-wage actual young person, one who is, for example, struggling to get by working full-time at a $15,000-a-year, minimum wage, no-benefits fast food job.

FreedomWorks, whose employees get “an excellent salary and benefits package,” is urging low-wage young people to rise up and forego all the advantages of government-subsidized health insurance in order to defend their freedom to be uninsured. FreedomWorks literature hopes to incite participation by telling young people that if enough of them refuse health insurance, the Obamacare insurance exchanges will fail.

FreedomWorks exhorts: Participate in the murder of Obamacare!  FreedomWorks fails to mention that means not one young person would get subsidies to help pay for insurance; their peers up to age 26 would no longer be covered under parents’ plans, and insurers would be able to resume denying coverage to people with pre-existing conditions and cancelling policies for people who contract expensive illnesses.

FreedomWorks tells young people they should reject government help getting insurance because the cost of insurance on the exchanges is kept low as a result of “income redistribution.”  FreedomWorks believes uninsured low-wage young people, who work for corporations that are spending tens of millions lobbying against increasing the minimum wage, will reject insurance paid for in part by a tax on the rich.

That’s right, insurance on the exchanges is subsidized, and therefore affordable to low-wage young people. That’s part of what the Obamacare navigators will explain over the next several months as they help the uninsured sign up for plans on the exchanges. The national exchange won’t be available until October. But California’s exchange prices are posted. There, a full-time worker earning the California minimum wage of $8 an hour would pay nothing for the cheapest plan.

Absolutely nothing. FreedomWorks is telling that worker to refuse free health insurance and pay a $95 fine because of, you know, “income redistribution.”

The next best health insurance plan on the California Exchange would cost all of $5 a month for a worker who earns less than $17,235 a year. That’s $35 a year less than the fine. A significantly better plan would cost that worker $63 a month — $756 a year. That’s a lot of money for a minimum wage worker. But the exchanges give workers the freedom to choose plans that fit their needs and budgets.

Right now, 48.6 million Americans lack health insurance. The vast majority aren’t freely choosing that insecurity. It’s not that they don’t want the peace-of-mind of insurance. It’s that they can’t afford it. And their employers don’t offer it. Obamacare gives most of them help. For those who earn less than four times the Federal Poverty Level, which is two-thirds of the U.S. population, Obamacare offers subsidies toward the purchase of insurance on the exchanges.

FreedomWorks hopes to dissuade 3 million young people from using those subsidies to help buy themselves peace of mind. If FreedomWorks succeeds and Obamacare fails, 48.6 million Americans would remain without health insurance. FreedomWorks, Tea Partiers and Republicans are fine with that. They’ve rejected the GOP’s decades-old tenet that buying insurance is a personal responsibility, which the government can ensure is fulfilled through an individual mandate. Instead, FreedomWorks & Co. have adopted the philosophy of conservative economist Tyler Cowen who counseled: “We need to accept the principle that sometimes poor people will die just because they are poor.”

The freedom to lack health insurance ranks right up there with the freedom to lack food. It’s not a liberty anyone rational is burning to secure. America’s uninsured young people aren’t organizing Obamacare card conflagrations. They’re planning to navigate their way to the protection of Obamacare plans.