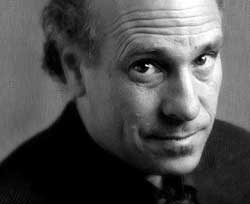 BY Brett Schaeffer
Share TweetReddit0 EmailPrint
Award-winning investigative journalist Greg Palast spent the past five years in London reporting for both the Guardian and Observer newspapers and BBC television. A former legal investigator, Palast says he went overseas because the American media were no longer reporting investigative stories but simply regurgitating the party line, whether it was coming from Washington or corporate leaders.

His new book, The Best Democracy Money Can Buy, is a collection of Palast’s stories mostly unseen by American readers. Perhaps the most famous story he broke revealed how Florida’s top officials cleared the state’s voter rolls of faux felons, primarily African-Americans, during the 2000 elections. Thousands were listed in the state’s computer records with phantom convictions—either before they were born or years into the future—and were subsequently prevented from voting.

In These Times spoke with Palast about the state of the American media in June.

You’ve returned to live in the United States after five years in London. Why come back now?

I’m an American. It’s weird, you leave the country and you find yourself becoming a fucking patriot, because there are a lot of good things about America. … America is like this weird hall of mirrors in which you see some of the most frightening things you can imagine and then, you know, “purple mountain majesties” in both the physical and moral sense. That’s something the left should start thinking about: What’s really wonderful about America? That’s why I’m here. I’m an American. I like it.

Let’s talk about Florida. You reported—immediately after the 2000 presidential election—that the voting machines in different Florida counties were set differently. The machines in the predominantly white counties allowed voters to make a mistake and have a second chance to vote; in the predominantly black counties, a mistake on the ballot meant the vote was voided. Why was this story overlooked by most of the American press?

The Washington Post said they looked at my stuff, and they didn’t see anything serious. [In June], they finally run a story saying the machines were set two different ways. … Extraordinary finding: In black counties you made a mistake, you couldn’t vote again; in white counties you made a mistake, you vote again. So you had massive spoilage of black ballots. … What I am concerned about [is that] once they uncovered this, they covered over it with a whole bunch of cockamamy stuff about why it’s a policy problem, it’s a voting-machine-reform problem. … So they make it this issue of technical campaign reform. It’s not. It’s about all the ways you steal a vote.

What’s the status of Florida’s gubernatorial elections in November?

The 2002 race between Jeb Bush and probably Janet Reno is going to be the ugliest, nastiest race we’ve seen in a long time in the United States.

Are you going to write about it?

I intend to. I’m trying to nail down BBC television to send me back to Florida to cover the race. I want to do it as a documentary.

What news outlet in the U.S. could you do that for?

I think I’ll try to go to mainstream papers. … They don’t go as far as I do by following out the path showing it was deliberate … but are they going to let me report these stories? We’ll see what happens. It’ll be an interesting experiment. One of the criticisms of me, and I think I have to respond to it, is that I’m not around, and I don’t try hard enough to get this stuff into the mainstream outlets.

What’s the problem with the American press?

In Britain there are rules; they’re written down. I don’t like it. It’s censorship. But that’s the rule. … In the United States, nothing’s written down. We’ve got a free press. [It’s] just [that] if you don’t know where the invisible borders are, you can lose your fucking job. …

Here’s an example: Reading the New York Times the other day, Steven Greenhouse—a great labor reporter—does a front-page story about how Wal-Mart has been systematically not paying its workers … [and] violating the wage laws. “You’ve clocked out, but now you’ve got to clean up the storeroom.”

Was it wonderful for the Times to run that story on the front page? Yes. The problem? One: The story’s 10 years old. Two: It says “lawsuit contends.” The New York Times did nothing. … They didn’t say we discovered Wal-Mart’s been doing this. They’re saying someone’s suing them for doing this.

So if you read that news carefully—what is probably one of their best reporters doing a praiseworthy report—even that is a piece of shit. And that’s the New York Times at its best. … So now what am I supposed to do? Ask these guys for a job? What do I do when they say, “What do you think of our paper?” [Laughing] It’s not as soft as Charmin.