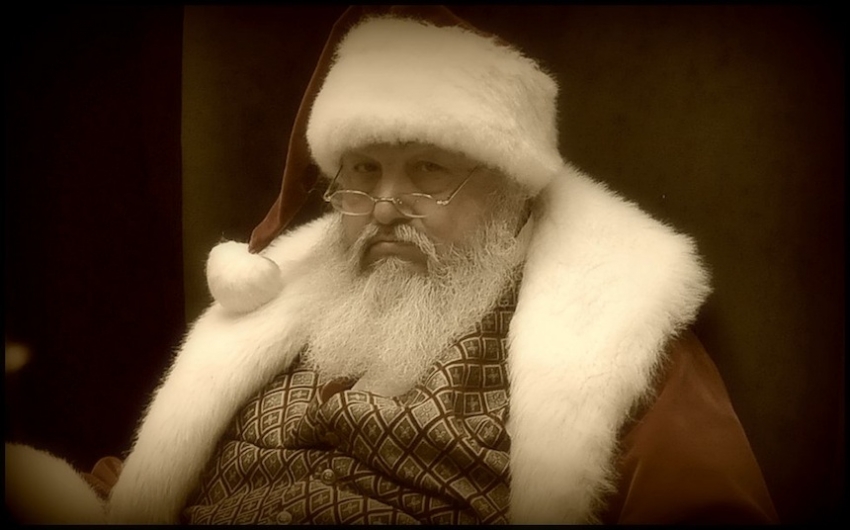 Republicans Offer Up a Raw Deal for Christmas

The GOP wants to give corporations bonuses and put the unemployed out in the cold.

Now, while millions of Americans continue to suffer from the Great Recession, Republicans have redoubled their efforts to kill the New Deal.

In the musical “Annie,” set in 1933 during the Great Depression, the cast sings about it:

“The children don’t grin;
The Santas are thin…
And all through the land folks are bawling
And filled with despair
‘Cause cupboards are bare.” ~ New Deal for Christmas

In the decades since then, Republicans have tried relentlessly to destroy the New Deal. They weakened collective bargaining rights in 1947. They delayed minimum wage increases and opposed stimulus to create public works jobs in the Great Recession. They want to privatize Social Security and voucherize Medicare.

Now, while millions of Americans continue to suffer from the Great Recession, Republicans have redoubled their efforts to kill the New Deal. They’re intent on crushing the social insurance programs that enable Americans to care for one another when tragedy or natural disaster or hard times hit. Republicans want to enshrine in law their belief that workers must display devotion and loyalty to employers, but corporations bear no reciprocal responsibility to pay living wages and keep pension promises. Theirs is a raw deal.

At a time when unemployment remains a high 7 percent, when three desperate job seekers compete for every one opening, when economic anxiety is at a peak with 6 in 10 workers fearing job loss, Republicans insist on ending unemployment benefits for those out of work for more than half a year.

The federal unemployment program kicks in after state benefits expire at 26 weeks. At year’s end, Republicans want to stop federal benefits for 1.3 million people. In addition, another 1.9 million who would be eligible next year would get nothing when their state benefits run out.

Unemployment benefits stimulate the economy, which means the program is good for everyone. Ending the $180 billion a year in tax breaks the federal government gives to massively profitable corporations would cover the $25 billion cost of the benefit extension—for seven years.

But Republicans won’t consider that. They’ll assure the wealthy stay on easy street and give the unemployed a raw deal.

As the GOP abruptly ends unemployment benefits, Republicans intend to slash food aid as well. They want to cut $4 billion a year from the food stamp program that many jobless families depend on for meals. This will occur as struggling food pantries report bare shelves.

Meantime, Republicans plan to increase federal aid to corporate agri-business, virtually guaranteeing the income of wealthy farmers, including 15 in Congress who collected $237,921 in federal subsidies last year. Cash for “farmer” Congressmen, but no food for the unemployed. That’s a raw deal.

The raw deal is strangling the American dream. Earlier this month, President Obama talked about that:

“The result is an economy that’s become profoundly unequal and families that are more insecure. Just to give you a few statistics: Since 1979, when I graduated from high school, our productivity is up by more than 90 percent, but the income of the typical family has increased by less than 8 percent. Since 1979 our economy has more than doubled in size, but most of the growth has flowed to a fortunate few. The top 10 percent no longer takes in one-third of our income; it now takes half. Whereas in the past, the average CEO made about 20 to 30 times the income of the average worker, today’s CEO now makes 273 times more.”

That would be bad enough, he said, but opportunity diminished simultaneously:

The president warned that growing inequality and the dearth of upward mobility jeopardize America’s promise that hard work gives every American a chance to get ahead.

He said he would try to change that. He would seek a new New Deal.

It won’t be easy. The Affordable Care Act is a New Deal program. Among FDR’s goals to help Americans live without fear was a national health insurance program. He didn’t get it. Thirty years later, Democratic President Lyndon B. Johnson took the first step with Medicare and Medicaid. Nearly 50 years later, President Obama edged closer to FDR’s goal by increasing health coverage with the ACA.

A major component of the ACA is expanding eligibility for Medicaid to more low-income people. But as soon as the U.S. Supreme Court made that optional, Republican governors across the nation refused the federal money that would insure millions of poor people. Those governors would rather citizens of their states die uninsured and untreated than accept expansion of the New Deal.

President Obama is undeterred, however. He said:

“If we refocus our energies on building an economy that grows for everybody and gives every child in this country a fair chance at success, then I remain confident that the future still looks brighter than the past – and that the best days for this country we love are still ahead.”

Like FDR in the musical “Annie,” President Obama must have been hanging out with an optimistic little redhead singing:

“The sun’ll come out tomorrow;
So ya gotta hang on ’til tomorrow;
Come what may.” ~Tomorrow