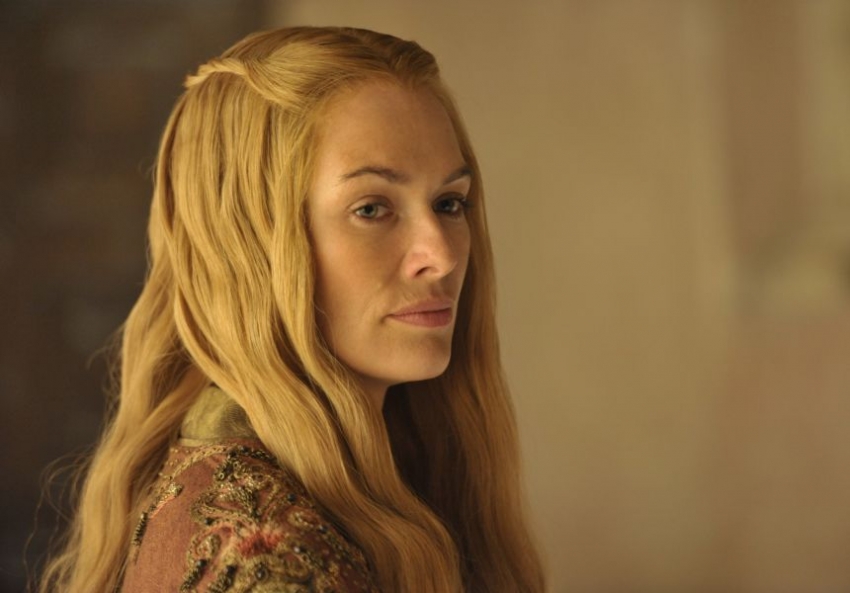 ‘Game of Thrones’ Could Have Been Much Worse

HBO’s hit series is making the best of its heavy-handed source material.

It’s amazing how much more invested you can get in princesses and dragons when you’re not constantly wincing at the cheesiness of their presentation.

In the summer of 2011, I spent a week or two reading George R.R. Martin’s popular book series A Song of Ice and Fire. It was an act of desperation: I was unemployed, I had no money, I had run out of things to read and re-read, and I could get my hands on Martin’s books for free. I read George R. R. Martin rather than real books for the same reason that broke college students eat ramen noodles rather than real food. It was all I could afford, and I was hungry.

Well, I paid for my mistake. I walked away from the experience entirely confused (and borderline-disgusted) by the series’ popularity. This best-selling American book series read like the hideous mutant offspring of a Dungeons and Dragons manual and a Penthouse letter written by someone’s creepy uncle. Worse yet, merely pointing out some of the series’ problems—which I did on my blog, the more fool I—induced some of the most prolonged, irrational, comically over-the-top fan defensiveness I’d ever seen on the Internet. By the time I was finished with A Song of Ice and Fire, I was confident I would never want to think about George R. R. Martin again. Which makes it all the stranger that I actually tuned in for last night's premiere of the HBO adaptation, “Game of Thrones,” and that I’ve developed a grudging respect for the series. A Song of Ice and Fire is a terrible book series that makes for very good television. And it’s succeeded largely by correcting George R. R. Martin’s mistakes.

But first, to dive into those mistakes: The first obstacle encountered by the reader of A Song of Ice and Fire is, to put it bluntly, that George R. R. Martin doesn’t write well. This isn’t genre snobbery: There are plenty of brilliant science fiction and fantasy writers, from Samuel R. Delany to Margaret Atwood. But Atwood, this ain’t. Martin’s prose is singularly graceless, hammering together melodrama and manipulation with all the artistry and feel for language that you’d expect from a chimp smacking random keys on a typewriter. Witness this recent sample: “The smell of blood was heavy in her nostrils…or was that her nightmare, lingering?” The usage of “blood,” “nightmare,” useless rhetorical question mark and Dramatic Hamster ellipses all in the same sentence is not surprising, in the context of Martin’s style; the surprise is that he didn’t manage to wedge in an exclamation point and/or some italics, just to reassure the readers that this is indeed scary stuff. (Or, to Martinize that last bit: “She thought, dread-laden, with a chill of terror running through her veins as she tried to forget the horrific meat-stench of her nightmares, that the sentence might fail to be scary stuff… unless it contained added emphasis!”)

Make no mistake: Martin has an undeniably solid grasp of plot mechanics and can put together an effective page-turner. But on a sheer sentence-by-sentence level, he’s wretched. Anyone trying to engage with A Song of Ice and Fire will have to wade through the blood-and-thunder melodrama of Martin’s prose, which can make even well-thought-out plot developments seem cartoonish and juvenile. The first improvement “Game of Thrones” makes, then, is to class up the joint: Freed substantially from the leaden shackles of Martin’s prose, it presents the pure plot—the part he’s good at—through the lens of a very skilled film crew working with a gigantic budget. It’s amazing how much more invested you can get in princesses and dragons when you’re not constantly wincing at the cheesiness of their presentation. And on some level, A Song of Ice and Fire makes for bad prose for the same reasons that no-one ever sits down and reads the novelization of Die Hard: Over-the-top action is just plain better when it's shown, rather than described.

But then, there’s the matter of Martin’s content, which is much trickier. Martin’s tendency to use prose as a blunt object—and his over-reliance on gore to provide cheap thrills—made him singularly ill-equipped to provide a nuanced or sensitive take on anything resembling an important issue. Not that he let that stop him. The series was packed with nameless, much-brutalized sex workers. The closest thing the series has to a “protagonist,” Tyrion Lannister, is a frequent and enthusiastic patron of said brutalized sex workers. He's also a misogynist who once choked a prostitute to death for not loving him enough, and later openly avowed his wish to rape his sister. Martin had a troubling tendency to throw in graphic rape and/or the threat of rape every few pages, just to move the plot along and make everything sufficiently “gritty” to titillate his readers. Looking back at that linked sample: We get all of six sentences in before the young lady in question reflects that “tonight I’ll be raped and murdered,” and she’s sexually assaulted and/or threatened with same by two separate men before the chapter comes to its “shocking” conclusion. And Martin’s vision was also racist. Like most high fantasy, it’s set in a vaguely European and very white kingdom, but the invention of the Summer Isles—a “southern” kingdom where everyone is “ebony-skinned” and hypersexual, and where the women are all very enthused about being prostitutes—comes to us directly from the mind of Martin. So does Daenerys Targaryen, a silver-haired, violet-eyed white princess who (after falling in love with her rapist, a “savage” brown man pretty clearly modeled on Genghis Khan) takes it upon herself to roam the Eastern continent, convincing the people of color there to give up their undying love of slavery.

It’s hardly to be expected that any television producer could take all of this and turn it into a feminist-friendly paradise. And “Game of Thrones,” rather decidedly, has not. The series’ use of “sexposition” has become infamous, and Westeros’ panoply of 21st-century prostitutes—in an era without indoor plumbing, they all seem to be well-availed of Brazilian waxes—are still largely used as visually appealing objects to spice up a dragging scene. (In last night’s premiere, the show takes all of ten minutes to get to the ceremonial Unveiling of the Boobs, this time in the form of a debauched noblewoman surveying prostitutes for her upcoming—and apparently non-plot-related—girl-on-girl tryst. It’s not a subtle show.) Martin’s highly unfortunate gender and racial politics still make it into the TV adaptation. Daenerys still falls in love with her rapist, and she ends one season by crowd surfing on the backs of her brown worshipers. A young man is still gifted time with prostitutes as a “wacky” comic twist—they don’t even charge him! Ha!—despite the fact that we, as viewers, know these prostitutes live in an unrelenting hell of abuse where failing to charge a customer would most likely get them killed.

But by the wonders of television, instead of presenting “whores,” sexual assault victims and brown people through the lens of one 65-year-old white man’s fevered imagination, the show is forced to hire some actual women and people of color to portray them. Some of the show’s biggest improvements on the books have come about simply as the result of good casting. For example, where the Cersei Lannister of the books is an openly misogynist creation—a sneering Bad Mommy archetype whose crimes include sexual desire, over-protective motherhood, and quite literally losing her mind because she fears that another woman might be prettier than she is—Lena Headey has managed to endow her with a shocking amount of poise and dignity, portraying her as a woman who’s become ruthless in order to survive a lifetime of abuse. Other characters have been invented or significantly expanded for the sake of the show. Both Osha, a blink-and-you’ll-miss-her wild woman, and Shae, a prostitute who existed in the books largely to provide Tyrion Lannister with an opportunity to voice his copious self-pity, have been expanded into compelling, likable and three-dimensional women who can carry their own plot arcs. One wholly invented character, Ros, was actually the series’ most convincing attempt to undermine the “sexiness” of all those fun scenes in the brothel, presenting us with a woman who tried her best to work her way up through the system, and was brutalized and killed for her ambitions.

Not all of this is perfect. The show is still working from deeply flawed source material, and it’s still attempting to spackle over lots of those problems with sex and gore. The portrayal of people of color is still sadly lacking. But at the very least, there’s evidence that those characters might be brought out of the margins and granted the realistic and sympathetic inner life Martin forgot to write for them. In the end, “Game of Thrones” is still a packet of ramen noodles, a salacious, hyper-violent, deeply juvenile entertainment that allows everyone to indulge their inner sociopath once a week. But ramen, served by a decent chef, can be delicious. By putting a little more effort into the cooking, HBO has given us something that tastes a lot more like real food.