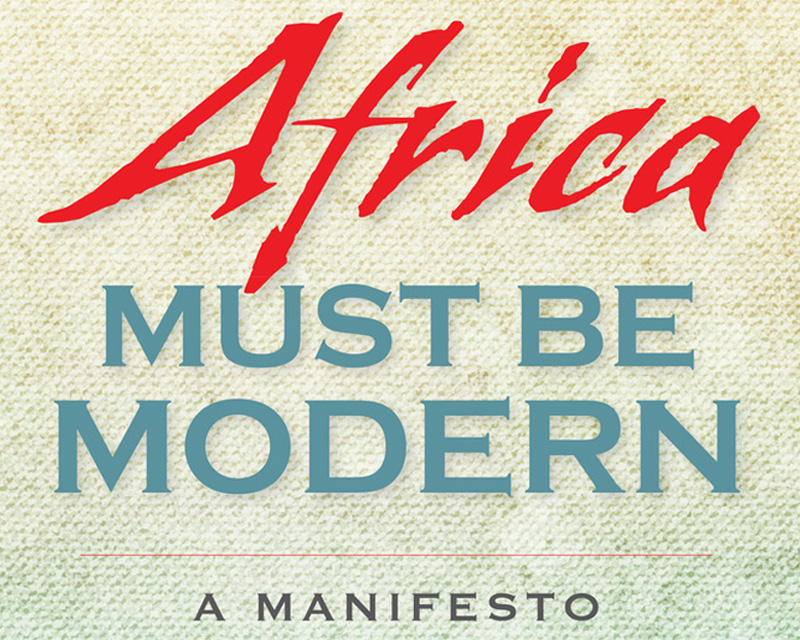 Author Olúfémi Táíwò has studied in Nigeria and Canada, and has taught philosophy and global African studies as a professor at Seattle University. (Photo Courtesy of Scribd).

The debate among sub-Saharan intellectuals about modernity and traditionalism.

Africans, Táíwò says, must “borrow some pages from the West’s playbook,” without “uncritically appropriat[ing] Western forms and values.”

Olúfémi Táíwò, a Nigerian philosopher who has taught and studied in North America, sets a bold and ambitious task for himself in Africa Must Be Modern, which is both an essay on how to fix what ails Africa and a memoir of sorts about Táíwò’s intellectual and literal journey from Ile-Ife to Toronto and then to the United States. Passionate and unsparing in his criticisms of African intellectuals and elites, Táíwò inhabits the foggy borderlands between his native Africa and the West. Describing himself as “African leftist” weaned on Marx (pg 6] Táíwò tries to break free from what he considers to be a moribund discourse about the failures and future of sub-Saharan Africa. He derides the concept of African exceptionalism, mocking those who employ their “love to be different” [70] as an excuse for failing “to embrace the same solutions that have worked” in other parts of the world [75]. Africans, he says, must “borrow some pages from the West’s playbook,” without “uncritically appropriating Western forms and values.”

Táíwò fully understands the disastrous consequences of colonialism—that’s the subject of his earlier book, How Colonialism Preempted Modernity in Africa. But he blames the persistence of everyday problems in sub-Saharan—electricity shortages, abysmal government services, predations on women and children and growing wealth inequality—in part on the exceptional failure of Africans to fully embrace “modernity.” Of course, “modernity” itself is a hotly contested concept that many post-colonial critics have denounced as descriptively meaningless, aside from a Eurocentric belief that certain societies are more “advanced” than others.  When Táíwò uses the term, he’s referring to the presence of the “rule of law,” Enlightenment rationality and international norms for managing the complex systems that underpin modern life. Specifically, Táíwò pines for the sort of orderly and predictable bureaucratic systems that many Westerners complain about, but that few can live without.

Táíwò is a philosopher, and his preferred realm of intervention is culture, not economics or even law. He believes that change can happen through the spread of values—in this case, Enlightenment values such as fairness and the fulfillment of human potential.

This is an insider critique, and Táíwò often rebukes his intended audience: his fellow sub-Saharan intellectuals and radicals, whom he accuses of being mired in an anti-modern mindset. In so insisting, Táíwò presents a fantasy opponent. Across the spectrum of African intellectual perspectives, pro-Western views are widely held (and American society is widely admired). Yet Táíwò’s effort to distinguish the embrace of modernity from the approach of Africans who favor “the reinstallation of indigenous institutions, practices and processes” [14] and propose “only ‘African’ solutions” to African problems [13] is valuable. His exaggerated rendering helps locate a crucial aspect of contemporary African affairs: the deep ambivalence that many of the most educated, professional and politically powerful sub-Saharan Africans feel toward Western rationality and toward traditional ways of thinking, feeling and acting. Even as many emigrate to the West, they still prescribe for their native countries a return to traditional roots, as though to go back to pre-colonial societies and start from scratch. Táíwò rightly points out the impossibility of returning to a mythologized past and the need to seize the present moment. His attempt is well-timed: The economic boom in sub-Saharan Africa since the start of the 21st century has lifted some important countries, such as Ghana, Zambia and Nigeria (now the largest African economy, after a decade of about 7 percent annual growth), into “middle income” status, expanded the ranks of the middle classes and demolished the notion that sub-Saharan Africa is a hopeless region doomed to be ravaged by outsiders. And Táíwò correctly calls out the hypocrisy of his peers who adopt the latest cell phones, yet express mistrust of Western medicine or equal opportunity laws.

Táíwò cites the disturbing example of sub-Saharan homosexuals as a crucial example. Like many Europeans and Americans, he is shocked and saddened by the current backlash against gays and gay life. He is also ashamed that his own fellow Nigerians are leading the charge against gays (this year, the Nigerian government imposed perhaps the worst sanctions against homosexuality anywhere in the sub-Saharan). “What I have found disheartening about these sordid episodes,” Taiwo admits [49], is that even human rights activists in Nigeria and elsewhere in Africa rarely defend homosexuals or if they do defend them they do so only if they also make a demurral: I am not one of them.

The plight of gays in sub-Saharan Africa highlights Táíwò’s central insight: that modernity demands an acceptance of process over outcomes. Fairness to all implies that some lifestyle choices will offend others but still must be defended. In a fierce uncomplicated manner that few African moralizers can match, Taiwo decries the rise of what he calls “African cultural fundamentalism” [50] and confesses, “If what we have right now on the [African] continent … is what it is to be Africans, please let me off this train!” [66]

To be sure, Taiwo acknowledges that Euro-American insistence on rule of law obscures many hypocrisies in the international arena. For instance, the International Criminal Court, which is guided by the Rome Statute and works closely with the United Nations Security Council, has brought cases mainly against Africans and never against anyone in a powerful country such as China. Is it possible that the Chinese government, which censors billions and executes hundreds annually, isn’t violating some of the same international norms that African leaders such as political leaders in Kenya, Liberia, Congo and Rwanda are tried and convicted of violating?

While Western hypocrisy undermines confidence in “rule of law,” Táíwò argues that social order based on fair procedures – from the means of levying taxes to providing social services—is the best route to a just and desirable society. He yearns for a sub-Saharan Africa where people follow rules and don’t routinely break them.

Táíwò is a dreamer but, as the writer Delmore Schwartz once wrote, “in dreams begin responsibilities.” African elites resent the intrusions of outsiders, especially rich Euro-Americans, who claim they know what’s best for Africans. Táíwò concedes that, however much he might wish that outsiders would stop trying to “save” Africa, he imagines a hybridized future in which African cities are so filled with opportunity, and balance so well the needs of the human and the technological systems on which modern life depends, that not only will the intellectuals-in-exile return home, but dreamers from around the world will join him there.