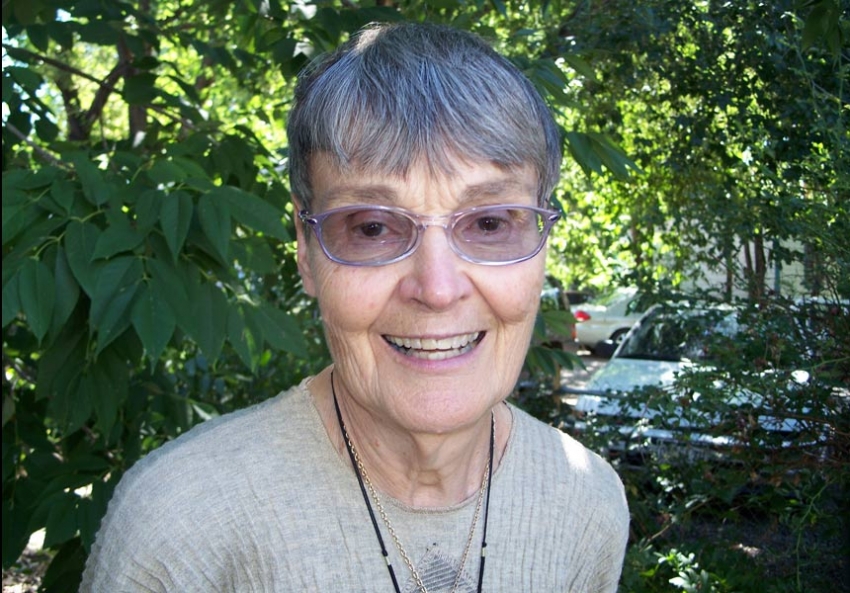 For decades, Theo Colborn has battled the chemical industry to keep harmful chemicals out of the environment and our bodies. (Courtesy of Theo Colborn)

Nemesis of the Chemical Giants

And even worse than ignoring the scientists, the EPA ignored the actual science.

Since World War II, U.S. manufacturers have unleashed an estimated 80,000 to 100,000 synthetic chemicals into our soil, air and water—usually without first testing their effects on humans. Many of these substances are “endocrine-disrupting chemicals” (EDCs), which interfere with hormonal signaling and have been linked to breast cancer, diabetes, infertility, birth defects and even autism.

How can we protect ourselves from the dangers of EDCs? Enter environmental health researcher Theo Colborn, author of Our Stolen Future and founder of The Endocrine Disruption Exchange (TEDX), a nonprofit based in Paonia, Colorado, which is the only U.S. organization that focuses on health problems caused by low-dose, ambient exposure to toxic chemicals. A bespectacled, 87-year-old grandmother sporting soft-soled shoes, a shy smile and a PhD in Zoology from the University of Wisconsin, Colborn is a fierce advocate for stronger testing and regulation of EDCs. A former World Wildlife Fund scientist and the recipient of numerous awards, Colborn talked to In These Times about her four decades of work in this field—and what the future may hold if we don’t work to clean up EDCs and better safeguard our health.

How has the chemical industry responded to your findings?

The chemical industry has been after me since the late 1970s, when I was working on my master’s degree and published proof that the exoskeletons of insects living near molybdenum mines had concentrations of molybdenum that were a trillion times higher than concentrations found in insects farther away from the mines. At that time, a company called Amax was one of the largest producers of molybdenum [which, at high exposure levels, has been linked to reproductive problems in animals and to gout in humans]. Amax tried to dismiss and denigrate my research. That’s happened again and again over these four decades. Industry representatives try to shrug me off as a busybody. But they can’t deny that my science is solid. And sometimes, their failed attempts to discredit me wind up helping my work.

Can you give an example of how the industry’s attacks have backfired?

In the late 1980s, I began bringing attention to the pollution of the Great Lakes with polychlorinated biphenyls [PCBs—chemicals used in sealants, coolants, adhesives and paints that are linked to deformities in fish and birds, and to cancer in humans]. The Chemical Manufacturers Association founded an organization called the Chlorine Chemistry Council (CCC) that seemed to be devoted in large part to contradicting my statements and studies. For years, the CCC monitored my movements. CCC staff members would show up at my public appearances and demand equal time at the podium. At one point, they even wrote an attack on my integrity and sent that letter to members of Congress. I responded by writing my own letter to Congressional representatives dismantling the CCC attack, line by line. To my delight, my letter opened doors for me on Capitol Hill. Rep. Henry Waxman (D-Calif.) started reaching out to me for guidance on environmental issues. I’m grateful to the CCC for helping me forge connections with Waxman and other key legislators!

Alliances like that must help when you’re going to battle with chemical companies. Is it difficult to fend off their attacks?

With the exception of that rebuttal letter to Congress, I don’t bother responding to what the chemical industry has to say about me. At The Endocrine Disruption Exchange, I tell my staff not to pass on information about any attacks they read or hear about me and my work. Responding to negative, false accusations could literally tie me up for years—and that may be just what the chemical industry wants.

You have called for reform of the 1976 Toxic Substances Control Act (TSCA) that allows American companies to manufacture, sell and distribute synthetic chemicals without first proving that they are safe.

I find the TSCA problem maddening. Before doing this type of work, I was a pharmacist. I know that we track prescription-only drugs fairly well in this country. We know their effects on the human body, and we work to prevent any problems. Why can’t we do the same with synthetic chemicals and pass stronger legislation? Over the years, instead of being strengthened, TSCA has only been weakened. It’s now working even more in the chemical industry’s favor than it was when it was originally passed.

Most research on this front is coming from academic labs and from independent scientists. What should the Environmental Protection Agency (EPA) be doing?

When Congress passed the Food Quality Protection Act and the Safe Drinking Water Act amendments in 1996, the EPA was given a mandate to detect hormone-disrupting chemicals in the environment. That task was assigned to a policy office in D.C. that failed to include input from the pioneering researchers who had developed scientific assays to identify endocrine disruptors. And even worse than ignoring the scientists, the EPA ignored the actual science. There are new endocrine-disrupting chemicals out there that have toxic effects at every exposure level. No exposure to these chemicals can be considered safe. And the EPA isn’t even taking these new chemicals into account in its revised rules and regulations. The threat of endocrine-disrupting chemicals is so overlooked at the EPA that the agency has only one employee on staff at its Endocrine Disruptor Screening Program. I consider that gravely irresponsible, given the severity and scope of this problem.

How bad is the problem?

It’s bad. Even though it’s in many ways invisible, endocrine disruption may be more of a threat to our survival than climate change. They say global warming will reach the point of no return around the year 2060. But with endocrine disruption, we may already be at that point. We’ve had these chemicals in our bodies for four generations now. Genetically, problems associated with these chemicals can be passed down through the generations. And everyday exposure is coming on top of that. Because these chemicals are wreaking havoc with our hormones, we have developed epidemic rates of diabetes, cancer and other diseases that are affected by hormonal fluctuations. At this rate, within two more generations, it’s possible that endocrine disrupting chemicals are going to make us all ill. Yet, when people do express any concern about the environment, they tend to focus on the issue of climate change.

Why do you think this is so?

You can see tornadoes and earthquakes. You can see on graphs that the levels of carbon dioxide and other greenhouse gases are spiking. But without individualized testing, most of us can’t see the spiking levels of endocrine disruptors in our bodies. The good news is we’re working to develop effective screening and measuring tools. On the TEDX website, we have created a list of 1,000 endocrine-disrupting chemicals and the places where they can be found. And while we’re doing this work, our colleagues at places like the Environmental Working Group and the Collaborative on Health and the Environment are raising more awareness.

Your work is often uphill, given your limited resources and the scope and scale of this problem. What do you consider to be your proudest accomplishments?

Teams of talented and accomplished scientists are also part of this movement, so I never consider any achievements to be “mine” alone. I consider each to be the success of our collective movement—and a success for human health. Those of us working in this field take heart in the little efforts and small achievements that add up over time to cumulative change. We cheered two years ago when the Food and Drug Administration banned BPA from baby bottles and sippy cups. We are cheering now as companies are making products without phthalates, chemicals that have serious implications for the male reproductive system—hypospadias, undescended testicles, shortened anogenital distance and feminization. Steps like these, however small, keep us moving forward. They give us hope.