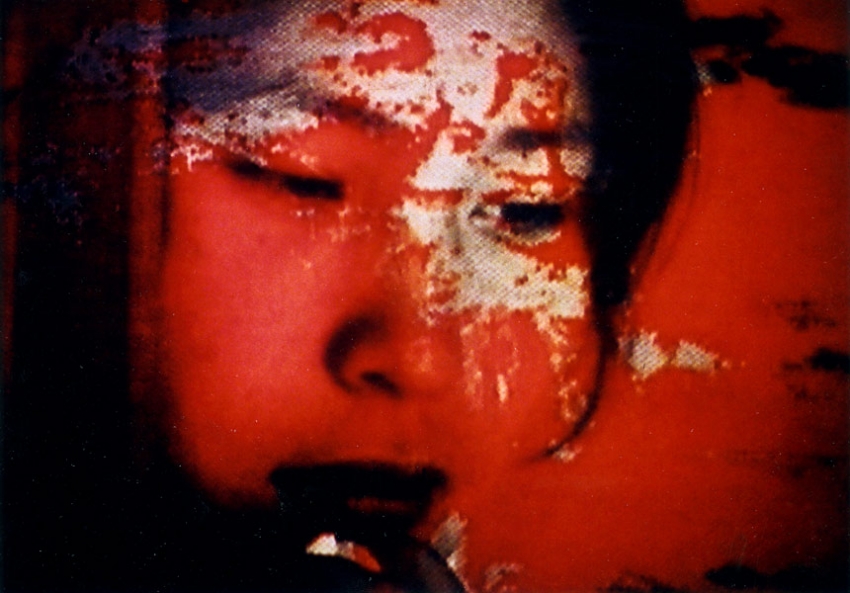 Chris Marker’s Level Five, made in 1997, was released in arthouse theaters in August.

The Filmmaker Any Cinema-Literate Progressive Must Know

Finally, more of Chris Marker’s work is becoming available in the U.S. Here’s where to start.

In 1967, Marker captured the defiant we-are-the-99% spirit that shut down the French government the next year.

When Chris Marker died in 2012, at the age of 91, a special type of discourse between film and real life vanished. Marker is the greatest leftist filmmaker who ever lived, a major force in the Rive Gauche faction of the French New Wave, friends with Alain Resnais, Jacques Demy and especially Agnès Varda. But Marker is famous to English-speaking audiences only for La Jetée (1962), the beloved time-travel short that was remade by Terry Gilliam in 1995 as 12 Monkeys. Yet Marker was primarily a documentarian, manning the ramparts of ‘60s protests (in Paris, Washington, D.C., and elsewhere) with a camera on his shoulder, and understanding, as few filmmakers ever have, the trouble with cinematic “reality,” the questionable ethics of liberal propaganda and the need for cinema to act as a dialogue. Three Marker films heretofore little-seen in America have recently broken the stubborn surface of our media-conciousness. Be Seeing You (1968) and Class of Struggle (1969) are seminal documents of midcentury class combat, while Level Five (1997) is a pensive and atypical metafiction about the then-nascent cyberlife zeitgeist.

Having come to our arthouses only this past August, Level Five’s intervening 17 years of history make Marker’s homo Internetus look almost absurdly dated. But Marker’s central questions remain relevant: How are we to understand our present lives and our history when it all becomes virtual?

A woman (Catherine Belkhodja) makes a video diary as she completes her dead lover’s web “game”—an interactive platform that attempts to capture all of the facts about the Battle of Okinawa, whether Japanese culture wants it remembered or not. Keyed to the song from Otto Preminger’s semiotic noir Laura (1944), the worrisome space between image—or, today, digitized “content”—and what the imagery represents is thoroughly interrogated. The other two films, shorts released together on disc by Icarus Films as On Strike!, are more typical Marker works. His default mode is the ruminative cine-essay, mixing the subjective with hardcore fact. Typically his movies don’t have the texture of entertainment or even of agenda-driven docs, but of personal correspondence, openended and moral and exploratory. Thus we as viewers are never his students, but his compatriots in outrage and rue.

In 1967, heading into a year of protests that rocked France, Marker caught the scent on the wind and went to Besanaon, where workers at the huge Rhodiaceta textile factory were striking. Interviewing the strikers, Marker captured the defiant we-are-the-99% spirit that shut down the French government the next year. But the finished film, Be Seeing You, also riled the workers by emphasizing suffering over autonomy and by favoring the male perspective.

All ears, Marker assisted them in the making of their own film, and together they crafted Class of Struggle, a fierce screed that tracks anti-capitalist agitators as they push the unhappy workers at another factory to strike. Bristling with righteousness, the diptych is a prime example of cinema used as cudgel and torch against the owners of society.

No cinema-literate progressive can afford not to be on speaking terms with Marker’s legacy. Begin with the affectionate, inquiring, post-Algerian War portrait of Paris, Le Joli Mai (1963); the bristling and variegated hand grenade that is his historic portmanteau protest-doc Far from Vietnam (1967), newly rereleased; the justly famous, Tokyo-shot creative nonfiction of Sans Soleil (1983); and The Last Bolshevik (1993), a magisterial biopic of Soviet filmmaker Aleksandr Medvedkin. A Grin without a Cat (1977), perhaps the most Markerian, is a found-footage historical depth charge that mournfully examines the legacy of the ‘60s, ricocheting from Paris to the United States, Bolivia, Chile, China and Japan and so on, to jungles and city streets where distinctive surges of popular fury rise, confront violent troops and become lost in their own ideological daydreams. Marker was not a blind partisan, and he blames the starry-eyed leftists for their own self-immolation. It’s the struggle that interested him, because it is moral and undeniable, and his inquisitive personality demanded no less.