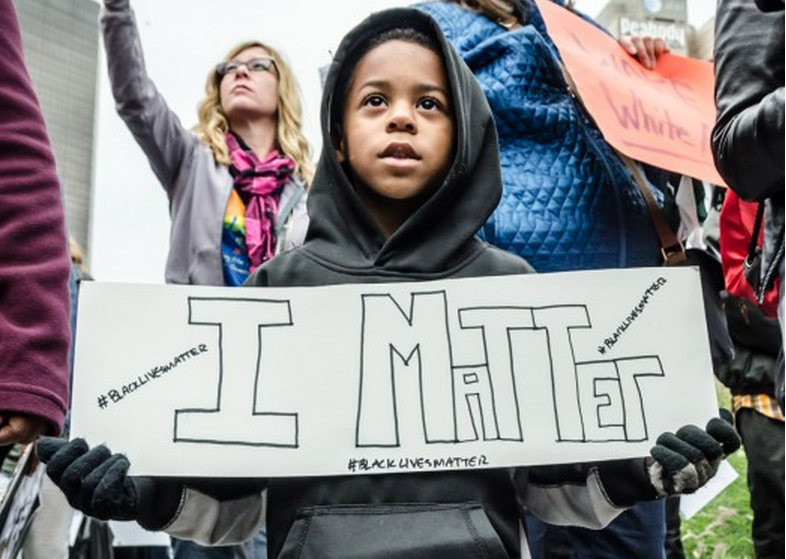 Whether Darren Wilson Is Indicted or Not, the Entire System Is Guilty

An indictment of the Ferguson police officer who killed Michael Brown would not prove that black lives matter in America.

I am not against indicting killer cops. I just know that indictments won’t and can’t end oppressive policing which is rooted in anti-blackness, social control and containment.

Everyone I know is on edge. Will a grand jury in St. Louis indict or not? How will residents of Ferguson react if (as many expect) the grand jury advises against an indictment of Darren Wilson, the officer who killed Mike Brown? What will be the response of the St. Louis and Ferguson police? Photos of MRAPs and boarded up businesses proliferate on social media. Articles suggest that St. Louis police have been recently stockpiling riot gear and military grade weapons. It’s war, but that’s not new. Everyone is holding their breath.

On the other hand, what’s next if the grand jury does decide that Wilson should stand trial? So much psychic, emotional, and spiritual energy is focused on a successful indictment. I imagine the sighs of relief. I anticipate the countless social media posts crying out “justice!” I imagine that many exhausted protesters will decide that their work is done. I fear a return to our seductive slumber and to complacency.

I’m not invested in indicting Darren Wilson though I understand its (symbolic) import to many people, most especially Mike Brown’s family and friends. Vincent Warren of the Center on Constitutional Rights speaks for many, I think, when he writes:

Without accountability, there can be no rule of law. If Wilson is not indicted, or is under-indicted, the clear message is that it is open season on people of color, that St. Louis has declared that Darren Wilson is not a criminal but that the people who live under the thumbs of the Darren Wilsons of this country are. It would say to the cry that “Black lives matter” that, no, in fact, they do not.

I understand the sentiment that Warren expresses. Yet I don’t believe that an indictment of Wilson would be evidence that black lives do in fact matter to anyone other than black people. Nor do I think his indictment would mean that it was no longer open season on people of color in this country. If we are to take seriously that oppressive policing is not a problem of individual “bad apple” cops then it must follow that a singular indictment will have little to no impact on ending police violence. As I type, I can already feel the impatience and frustration of some who will read these words.

It feels blasphemous to suggest that one is disinvested from the outcome of the grand jury deliberations. “Don’t you care about accountability for harm caused?” some will ask. “What about justice?” others will accuse. My response is always the same: I am not against indicting killer cops. I just know that indictments won’t and can’t end oppressive policing which is rooted in anti-blackness, social control and containment. Policing is derivative of a broader social justice. It’s impossible for non-oppressive policing to exist in a fundamentally oppressive and unjust society. The truth is that as the authors of Struggle for Justice wrote in 1971 “without a radical change in our values and a drastic restructuring of our social and economic institutions” we can only achieve modest reforms of the criminal punishment system (including policing).

The pattern after police killings is all too familiar. Person X is shot & killed. Person X is usually black (or less frequently brown). Community members (sometimes) take to the streets in protest. They are (sometimes) brutally suppressed. The press calls for investigations. Advocates call for reforms suggesting that the current practices and systems are ‘broken’ and/or unjust. There is a (racist) backlash by people who “support” the police. A very few people whisper that the essential nature of policing is oppressive and is not susceptible to any reforms, thus only abolition is realistic. These people are considered heretic by most. I’ve spent years participating in one way or another in this cycle.

Knowing all of this, what can/should we do to end oppressive policing? We have to take various actions in the short, medium and long term. We have to act at the individual, community, institutional, and societal levels.

For my own part, I start by never calling the cops. I hope more people will join me in that practice. It demands that we feel for the edge of our imaginations to stop relying on the police. It takes practice to do this. As such, we need popular education within our communities about the need to create alternatives to policing.

I vocally and actively oppose any calls for increased police presence as a response to harm in my community and in my city. At budget time, I pay attention to how much money is allocated to law enforcement. I press my local elected officials to oppose any increases in that amount and to instead advocate for a DECREASE in the police department’s budget. I support campaigns for reparations to police torture & violence victims. I support elected civilian police accountability councils and boards (knowing full well that they are bandaids). I believe that we need grassroots organizations in every town & city that document and publicize the cases of people who have suffered from police violence. These organizations should use all levers of power to seek redress for those victims and their families.

I list these actions with the understanding that together they aren’t enough to end oppressive policing. They will lessen the harm to be sure but only building power among those most marginalized in society holds the possibility of radical transformation. And that’s an endless quest for justice. That’s a struggle rather than a goal. Only movements can build power. We need a movement for transformative justice.

To the young people who have taken to the streets across the country and are agitating for some ‘justice’ in this moment, I hope that you don’t invest too deeply in the Ferguson indictment decision. Don’t let a nonindictment crush your spirit and steal your hope. Hope is a discipline. And frankly, the actions you have and are taking inspire so many daily. On the other hand, a decision to indict Darren Wilson isn’t a victory for ‘justice’ or an end. As I’ve already said, an indictment won’t end police violence or prevent the death of another Mike Brown or Rekia Boyd or Dominique Franklin. We must organize with those most impacted by oppression while also making room for others who want to join the struggle too as comrades. As Kwame Ture often said: “We need each other. We have to have each other for our survival.” Take this admonition seriously. We should use the occasion of the indictment announcement to gather and to continue to build power together. This is how we will win.

Mariame Kaba is the founder and director of Project NIA, a grassroots organization with a vision to end youth incarceration. She blogs at Prison Culture; follow her on Twitter @prisonculture.

“Blue Lives Matter” Comes to Brooklyn, and Everyone Screams