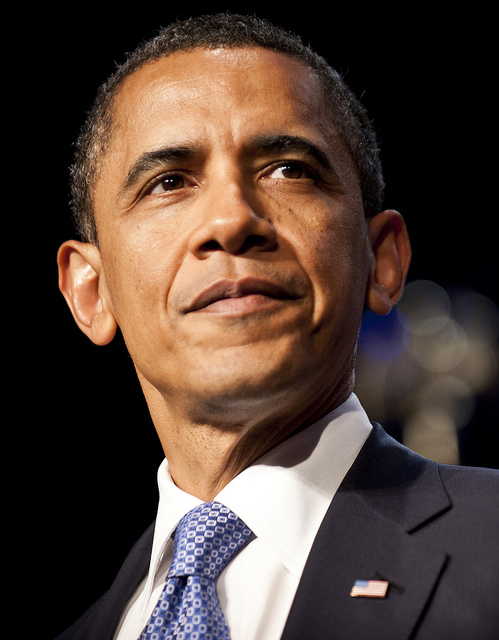 (Flickr / Photo by Tyler Driscoll for Obama for America) President Barack Obama's Affordable Care Act has seen its fair share of detractors since its inception a few years ago.

Obamacare and Its Discontents

I wonder if fundamental change could be achieved more easily if those with powerful voices, like Brill, were a bit less confident in drawing the boundaries of political possibility, and more willing to join in efforts to expand them.

Promising new treatments and technologies abounded, but the rising cost of healthcare was squeezing the finances of families throughout the nation. A research group—the Committee on the Costs of Medical Care—was assembled to study, and perhaps change, healthcare financing and delivery in the United States.

The year was 1927, but the Committee’s final report, released five years later, remains quite timely.“There needs to be some plan,” the report stated, “whereby the unequal and sometimes crushing burden of medical expenses can be distributed.” The report presciently acknowledged the dangers of what was a new phenomenon, the commercialization of healthcare: “The danger which physicians and dentists fear, namely that lay groups organized for profit will control medical practice, is a real one.”

Brill—a journalist, lawyer and founder of numerous media ventures—burst onto the healthcare reform scene in 2013 with an explosive exposé in Time that painstakingly demonstrated the wreckage inflicted by massive itemized medical bills on some very unfortunate uninsured and underinsured people. His new book traces the emergence, travails, accomplishments and shortcomings of Barack Obama’s Affordable Care Act (ACA). His reporting on the “backroom deals” that helped sculpt the ACA provide a valuable illustration of just how much influence the “medical industrial complex” has accrued.

For the pharmaceutical industry, the stakes were high, particularly as some Democrats were talking about allowing Medicare to negotiate with drug companies over prices (which is what the rest of the world does already). Brill describes how a deal was ultimately hashed out in meetings between industry lobbyists, Max Baucus’ Finance Committee staff and the administration. “[My] five principal CEOs,” he quotes from a note written by head pharma lobbyist Billy Tauzin to a White House staffer, “have accepted the terms we discussed with the Committee yesterday.” Those terms, not surprisingly, did nothing to substantially contain astronomically high U.S. drug prices.

Brill stumbles, however, in his prescriptions for the future. As Brill describes, a historic consolidation of the healthcare industry into large, integrated, regional systems is underway, and some evidence has already demonstrated that such consolidation carries the peril of monopolistic pricing. His solution is to accommodate this trend toward “branded, integrated and regulated oligopolies” and also to heavily regulate it, while at the same time encouraging these systems to cut out the middle man and become insurers themselves (which some have done already). Through greater administrative simplicity, redefined provider incentives and a cap on profits, Brill envisions huge potential savings.

Unfortunately, insurer overhead (which his plan would not eliminate) is only one part of the massive administrative waste of the U.S. healthcare system. In reality, the only system that could achieve profound administrative savings would be one in which hospitals receive a “global budget” from a single governmental payer to cover all operating expenses for all patients.

Because healthcare organizations would be both the payer (insurer) and the provider in Brill’s plan, he argues that they would no longer have a profit incentive to overtreat—i.e., offer patients unnecessary tests and referrals. However, the notion that we can dramatically reduce healthcare expenditures by suppressing this “fee-for-service” incentive is itself an oversimplified, if happily bipartisan, dogma. No doubt there is overtreatment in the U.S. system, but there are also areas where Americans use comparatively less healthcare. In a recent survey of 15 developed nations, the U.S. had the highest rate of MRI scans—but it also had the second lowest number of annual doctor visits per capita, and the fourth lowest number of per capita hospital discharges.

In an era when the insured are facing rising out-of-pocket health expenses—up to $13,200 a year after premiums for family plans bought on the ACA exchange—I worry far more about all of the families who sacrifice needed care because of the crushing financial burden of high deductibles and copayments. Brill’s own reporting reveals the problem of out-of-pocket exposure to healthcare costs, but it is unclear if his proposal would do anything about it, much less eliminate it.

At times, Brill implicitly accepts the premise that a public, fully universal, single-payer program might be the best cure for what he calls the “toxicity of our profiteer-dominated healthcare system.” But he is resigned that such a system is simply “never going to happen.” I wonder if fundamental change could be achieved more easily if those with powerful voices, like Brill, were a bit less confident in drawing the boundaries of political possibility, and more willing to join in efforts to expand them.

Adam Gaffney is a physician and writer with a focus on healthcare politics, policy and history. He is an instructor in medicine at Harvard Medical School and a pulmonary and critical care physician at the Cambridge Health Alliance. His writing has appeared in the New Republic, Los Angeles Review of Books, Salon, CNN.com, USA Today, Jacobin and elsewhere. He’s a board member of Physicians for a National Health Program, a single-payer advocacy organization. The views expressed are his own.