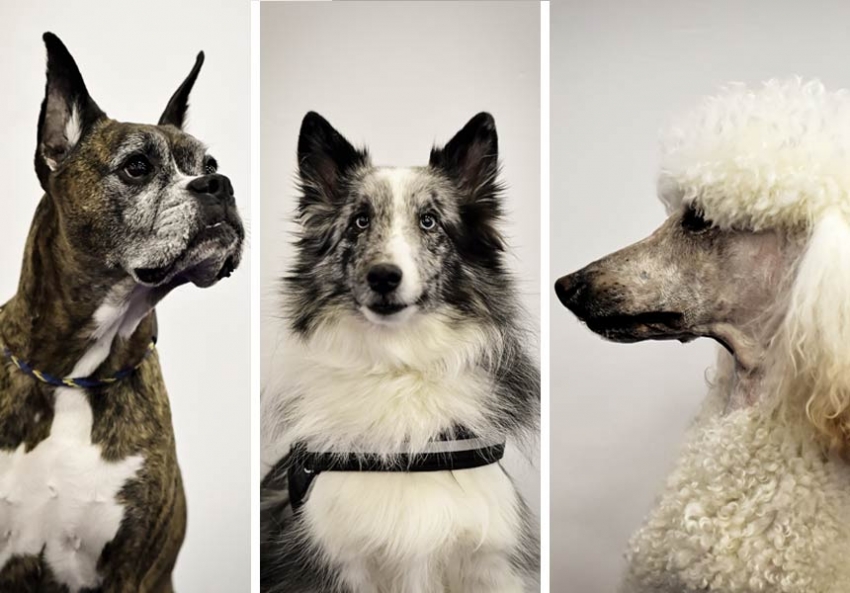 The legacy of eugenics is mutilating our best friends.

At some “large-scale commercial breeders,” a term the AKC prefers, hundreds of studs and dams are tightly caged in dreadful conditions and killed when they can no longer produce. Puppies with minor deviations become “cosmetic culls.”

Bred for looks, not health, many purebred dogs are drawn from a genetic wading pool that might have been designed by a cabal of Ralph Lauren, Dr. Frankenstein, Walt Disney and David Koch.

Even socially aware consumers who sneer at $5,000 designer purses, and animal defenders who deplore the cruelties of commercial livestock production, buy into trendy canines. Purebreds are commodities like any other luxury good, and breeding them is big business. Registered golden retrievers go for up to $3,000, English bulldogs for $9,000, and a Cavalier King Charles spaniel can cost $14,000, almost as much as a Honda Fit.

But neither price, pedigree nor being loved like a member of the family can shield a dog from the pain, breathing difficulties, cancer, panoply of debilitating genetic disorders, mental illness, crippling physiognomy and shortened life span that disproportionately plague purebreds.

The main U.S. arbiter of canine purity is the American Kennel Club. The first goal of its mission is “upholding the integrity of its Registry.” Pedigree, the AKC asserts, “creates a level of breed predictability” of “temperament and physical characteristics.” But the AKC is also a lead profiteer in an industry that Michael Brandow, author of A Matter of Breeding, decried as “a kind of long-term, institutionalized cruelty that makes vivisection look humane.”

“The demand for ever-more-perfect purebred dogs has concentrated bad recessive genes and turned many pets into medical nightmares,” Consumer Reports warned. Inbreeding for clonelike consistency ensures that genes for disease and deformity piggyback on those for a lush coat, appealing nose, witty wrinkles, quirky gait or endearingly protuberant eyes.

And often the deformity itself—like the crippling slope of German shepherds’ hindquarters—is the desired, indeed required, trait. In bulldogs, a “liver colored nose” is a deal breaker by AKC show standards, and a brachycephalic face that impairs breathing is essential. Both traits, however, can hasten death— one from breeders’ culling of irregular specimens, the other from disease.

Unlike some of its European counterparts, the AKC opposes mandatory genetic screening that weeds out heritable diseases. It rejects accepting healthier conformations or expanding the gene pool by outbreeding with non-registered dogs. Producers who want high-value animals eligible for competition must accede to insanely capricious, detailed and dangerous AKC standards set by its breed clubs.

Breeders are abetted by consumers, who—seeking fashion, predictability or the doppelganger of a beloved lost pet—disassociate breed flaws from their own cherished pet. Then, when faced with high vet bills for dogs that are disabled, ill or willfully deformed, they often offload the dogs within a year to shelters, where purebreds constitute 25 percent of canines.

The AKC keeps its registration fees. And they add up: The club’s 990 tax form for 2013 reported $60 million in total revenue, with more than half—$32 million—from registrations. Judging and pedigree dog shows (the AKC claims 3.2 million entries from 190 approved breeds), like Westminster, generated $12.6 million. The AKC allocated 1 percent of its revenue to its Canine Health Foundation. CEO Dennis Sprung’s 2013 compensation topped $567,000, while the club’s nine other top officers garnered $20.3 million.

While the club gets rich, the AKC abets or essentially mandates the genetic impoverishment of dogs through inbreeding, overbreeding and bizarre standards of beauty.

The Humane Society estimates that some 10,000 mass breeding operations churn out 1 million pups a year, many in industrial-scale puppy mills that supply pet stores and online consumers. At some “large-scale commercial breeders,” a term the AKC prefers, hundreds of studs and dams are tightly caged in dreadful conditions and killed when they can no longer produce. Puppies with minor deviations become “cosmetic culls.”

On average, purebreds live two years less than mutts. AKC-conforming Cavalier King Charles spaniels are subject to seizures and persistent, excruciating pain from syringomyelia, caused by desirably deformed skulls too small for their brains. American pit bulls, Staffordshires, rottweilers, akitas and malamutes are unusually likely to be involved in fatal biting incidents. Some 60 percent of sweet, loyal golden retrievers, also an AKC “healthy breed,” die from cancer. Beagles tend to epilepsy, Dobermans to obsessive compulsive disorder, and wrinkly-faced boxers and shar-peis to skin and eye problems. Labradors, the AKC’s most popular breed for 24 years, are prone to about 30 inherited conditions. None of these problems disqualify a dog from AKC registration, or even winning best in show.

The AKC imposes its standards on legislation as well as dogs. Defending owners’ rights and breed integrity, the club tracks hundreds of state and federal bills. It opposes limiting the number of litters per year, banning surgical debarking, mandatory spay/neuter programs at shelters, and required inspections and regulation at puppy mills and commercial facilities to set and enforce minimal conditions.

The club furthers this agenda through various mechanisms. Its AKC PAC “help[s] elect dog-friendly leadership in Congress and state houses across the nation” and claims victory for 90 percent of candidates it supported in 2012. The club’s Canine Legislative Support Fund “educate[s] [i.e., lobbies] officials on a federal, state and local level. “AKC-sponsored legislative empowerment” seminars teach “breeders, owners and others involved in commerce involving dogs how to oppose legislation and regulations,” according to SourceWatch.

Despite all this effort to influence politicians and legislation, the AKC’s 2012 and 2013 tax filings list no lobbying expenses. By tracking Congressional filings, OpenSecrets.org found that the AKC employs several high-powered firms for lobbying, including Barnes and Thornburg, which it has paid exactly $100,000 annually since 2013—a penny below the “more-than-$100,000” threshold triggering disclosure on a 990.

According to SourceWatch, the AKC works through “front groups,” including the National Animal Interest Alliance, a lobbying organization. The owners’ rights that NAIA supports include “ear cropping, tail docking, and debarking of dogs, and [declawing] cats.” Its director, Patti Strand, fit right in as a headline speaker at the AKC’s 2012 Legislative Conference.

Another group associated with the AKC is Berman and Company. Its creations, HumaneWatch.org and the Center for Consumer Freedom, launched expensive and extensive campaigns against the Humane Society. In 2014, Berman senior vice president Sarah Longwell taught attendees at the AKC’s 2014 Legislative Conference how to counter animal protection advocates.

A maze of connections and reporting loopholes makes it hard to pin down financial arrangements, if any, between Berman’s groups and the AKC. Uncontested, though, is their shared agenda: opposition to limiting breeders’ “rights” and antipathy to the Humane Society.

“Berman is a master at dressing up front groups to look like legitimate nonprofits and using them to serve the interests of his clients,” says Robert Maguire of the Center for Responsive Politics. “He funds these groups through large, anonymous contributions, and his firm turns a nice profit off the groups’ activities.”

Perfecting dog breeds is largely a legacy of a 19th century Victorian fascination with eugenics and racial superiority (a “science” later embraced by the Nazis). British toffs, transfixed by their own status and breeding, employed pseudoscience to transfer their snobbery to their dogs—transforming them from utilitarian hunters, herders and lap lovelies into reflections of taste and wealth.

One prominent British show judge, Freeman Lloyd, justified inbreeding because it took “the best to get the best.” He cautioned in 1924 against imperfect springer spaniels whose “ ‘long’ pedigrees appear well on paper, but whose appearances proclaim ‘a nigger in a woodpile.’ ”

The AKC would surely reject that language, but codifies the mindset. The club says of its dog show criteria: “Overall appearance and structure is an indication of the dog’s ability to produce quality purebred puppies, and that is what is being judged in the ring. That’s why mixed-breeds and spayed or neutered purebreds are not eligible to compete.”

That, and the money.

From Fur to Foie Gras: Animals Are on a Winning Streak