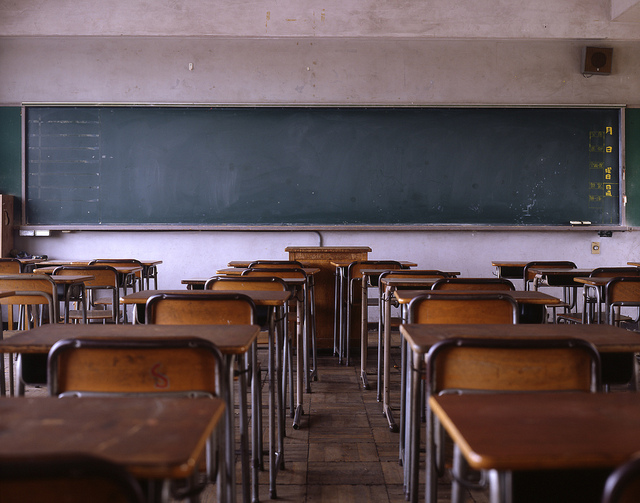 How Austerity Killed the Humanities

Not long ago, the Right fought viciously over the teaching of the humanities in American universities. Now conservatives are trying to eliminate them altogether.

Few people are nostalgic for those culture wars because they were a fight between implacable foes. But in retrospect, perhaps we would do well to remember a time when all sides of a national debate believed that a humanities-based education was crucial to the survival of a democracy.

In the 1980s and 1990s, debates over the humanities were a major component of American political discourse. On the one side were conservative traditionalists who believed that all American college students should read the Western Canon—the greatest books of the Western mind since Aristotle—as a foundation for democratic living. On the other side were academic multiculturalists who believed that a humanities education should be more comprehensive and should thus include texts authored by minority, female, and non-western writers.

Those debates of the ‘80s and ‘90s were heated. Indeed, they were a major front in what came to be known as “culture wars” between merciless foes. Yet all sides in these culture wars believed a humanities education—history, literature, languages, philosophy—was inherently important in a democratic society. In short, the humanities were taken for granted. In our current age of austerity, this is no longer the case. Many Americans no longer think the humanities worthy of public support. This is especially true of conservatives, who in their quest to cut off state support to higher education have abandoned the humanities entirely.

Take the state of Wisconsin, for example. In early February, Governor and Republican presidential hopeful Scott Walker drafted a draconian state budget that proposed to decrease the state’s contribution to the University of Wisconsin system by over $300 million over the next two years. Beyond simply slashing spending, Walker was also attempting to alter the language that has guided the core mission of the University of Wisconsin over the last 100 years or more, known as the “Wisconsin Idea.” Apparently Walker’s ideal university would no longer “extend knowledge and its application beyond the boundaries of its campuses” and would thus cease its “search for truth” and its efforts to “improve the human condition,” as his proposed language changes scrapped these ideas entirely; the governor’s scaled-back objective was for the university to merely “meet the state’s workforce needs.”

When a draft of Walker’s proposed revisions to the Wisconsin Idea surfaced, outraged Wisconsinites (including some conservatives) compelled the governor to backtrack. Yet Walker’s actions are consistent with recent trends in conservative politics. Republicans today are on the warpath against education—particularly against the humanities, those academic disciplines where the quaint pursuit of knowledge about “the human condition” persists.

In 2012, Florida Governor Rick Scott proposed a law making it more expensive for students enrolled at Florida’s public universities to obtain degrees in the humanities. As Scott and his supporters argued, in austere times, they needed “to lash higher education to the realities and opportunities of the economy,” as Florida Republican and State Senate President Don Gaetz put it. In other words, a humanities degree, unlike a business degree, was a luxury good. Even President Obama joined this chorus when he half-joked recently that students with vocational training are bound to make more money than art history majors.

Such anti-intellectualism, a strong animus against the idea that learning about humanity is a worthy pursuit regardless of its lack of obvious labor market applicability, has deep roots in American history. President Theodore Roosevelt advised that “we of the United States must develop a system under which each individual citizen shall be trained so as to be effective individually as an economic unit, and fit to be organized with his fellows so that he and they can work in efficient fashion together.” Contemporary conservatives are thus merely following the crude utilitarian logic that has informed many politicians and educational reformers since the nation’s first common schools.

But it was not always thus. During the 1980s and 1990s, prominent conservatives like William Bennett, who served in the Reagan administration as chair of the National Endowment for the Humanities and then as Secretary of Education, argued that every American should have an education grounded in the humanities. This surprising recent history is largely forgotten, and not only because most conservatives now dismiss the value of the humanities. It is forgotten because the arguments forwarded by Bennett and his ilk came in the context of the traumatic culture wars, when left and right angrily battled over radically different visions of a humanities education.

Few people are nostalgic for those culture wars because they were a fight between implacable foes. But in retrospect, perhaps we would do well to remember a time when all sides of a national debate believed that a humanities-based education was crucial to the survival of a democracy.

As a leading conservative culture warrior, Bennett held a traditionalist vision of the humanities. He believed the Western canon—which he defined in the terms of Matthew Arnold as “the best that has been said, thought, written, and otherwise expressed about the human experience”—should be the philosophical bedrock of the nation’s higher education.

“Because our society is the product and we the inheritors of Western civilization,” Bennett matter-of-factly contended, “American students need an understanding of its origins and development, from its roots in antiquity to the present.”

Most academics in humanities disciplines like English and history, in contrast, took a more critical stance towards the Western canon. They believed it too Eurocentric and male-dominated to properly reflect modern American society and thus revised it by adding books authored by women and minorities. Toni Morrison was to sit alongside Shakespeare. As literary theorist Jane Tompkins told a reporter from The New York Times Magazine in 1988, the struggle to revise the canon was a battle “among contending factions for the right to be represented in the picture America draws of itself.”

Many college students agreed with the canon revisionists. In 1986, Bill King, president of the Stanford University Black Student Union, formally complained to the Stanford academic senate that the university’s required Western Civilization reading list was racist. “The Western culture program as it is presently structured around a core list and an outdated philosophy of the West being Greece, Europe, and Euro-America is wrong, and worse,” he contended, “it hurts people mentally and emotionally in ways that are not even recognized.” Stanford students opposed to the Western Civilization curriculum marched and chanted, “Hey hey, ho ho, Western culture’s got to go,” and the academic senate approved mild changes to the core reading list that they hoped would satisfy the understandable demands of their increasingly diverse student body.

A sensationalist media made Stanford’s revisions seem like a proxy for the death of the West. Newsweek titled a story on the topic “Say Goodbye Socrates.” University of Chicago philosopher Allan Bloom wrote a letter to the Wall Street Journal editor in 1989—two years after his book, The Closing of the American Mind, made a rigorous if eccentric case for a classic humanities education rooted in the Western canon—in which he argued the Stanford revisions were a travesty: “This total surrender to the present and abandonment of the quest for standards with which to judge it are the very definition of the closing of the American mind, and I could not hope for more stunning confirmation of my thesis.”

Bloom believed that a humanities education should provide students with “four years of freedom,” which he described as “a space between the intellectual wasteland he has left behind and the inevitable dreary professional training that awaits him after the baccalaureate.” Liberals and leftists might have been sympathetic to such an argument had Bloom not dismissed texts authored by women, minorities, and non-westerners as lacking merit compared to the great books authored by those like Socrates who composed the Western canon.

In retrospect, these culture wars over the humanities are rather remarkable artifacts of a history that feels increasingly distant. Whether Stanford University ought to assign John Locke or the anticolonial theorist Frantz Fanon, a debate that played out on The Wall Street Journal editorial page in 1988, would be nonsensical in today’s neoliberal climate marked by budget cuts and other austerity measures. Now Locke and Fanon find themselves for the first time on the same side—and it’s looking more and more like the losing one. On the winning side? Well, to take but one example, Winning, General Electric CEO Jack Welch’s breezy management book, which is widely read in American business schools. Sadly, even the almighty Western canon, revised or not, seems feeble up against Winning and the cult of business. Conservative defenders of the humanities are voices in the wilderness. The philistines are on the march.

The culture wars over the humanities that dominated discussion of higher education in the 1980s and 1990s had enduring historical significance. Shouting matches about academia reverberated beyond the ivory tower to lay bare a crisis of national faith. Was America a good nation? Could the nation be good—could its people be free—without foundations? Were such foundations best provided by a classic liberal education in the humanities, which Matthew Arnold described as “the best that has been thought and said”? Was the “best” philosophy and literature synonymous with the canon of Western Civilization? Or was the Western canon racist and sexist? Was the “best” even a valid category for thinking about texts? Debates over these abstract questions rocked the nation’s institutions of higher education, demonstrating that the culture wars did not boil down to any one specific issue or even a set of issues. Rather, the culture wars often hinged on a more epistemological question about national identity: How should Americans think?

But in our current age of austerity, Americans are not asked to think about such questions at all. Neoliberalism is fine with revised canons—with a more inclusive, multicultural vision of the humanities. But neoliberalism is not fine with public money supporting something so seemingly useless. American conservatives have abandoned their traditionalist defense of the Western canon in favor of no canon at all.

Andrew Hartman will be discussing his new book A War for the Soul of America: A History of the Culture Wars with In These Times Associate Editor Micah Uetricht at 2040 N. Milwaukee in Chicago on Thursday, May 21 at 7pm.

Andrew Hartman is associate professor of history at Illinois State University and author, most recently, of A War for the Soul of America: A History of the Culture Wars.