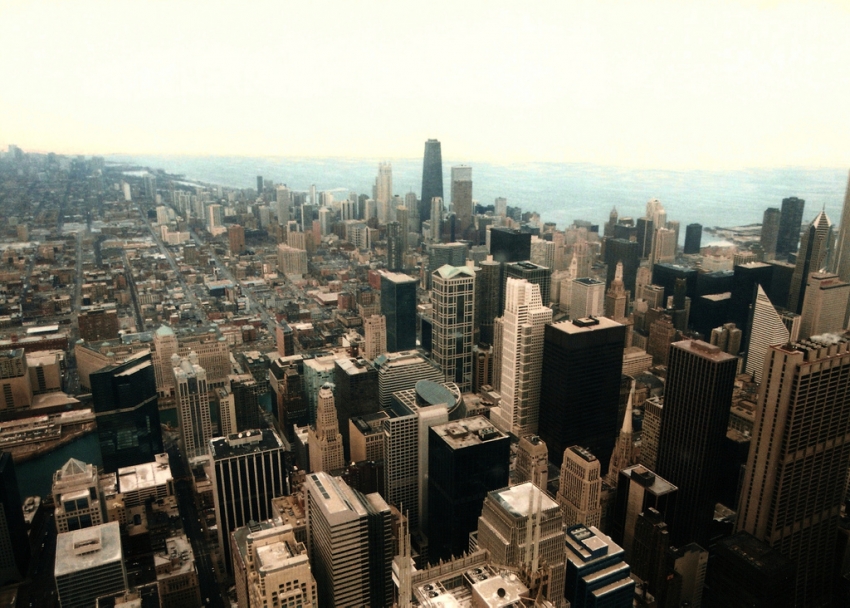 The reissue of sociologist Eric Klinenberg’s classic book on the deadly heat wave should remind us that such disasters are anything but natural.

If the city's media failed to warn their readers and viewers of just how serious an event they were facing, the city's government failed to render to its citizens the help that might have actually saved their lives. City Hall had guidelines for declaring a hot weather emergency and mobilizing preventative resources, but ignored them and waited until several days into the heat wave—once bodies were already overflowing the morgue—to put them in motion.

More than 730 people died in Chicago during the heat wave of 1995. The death toll was greater than any American natural disaster in recent memory, save Hurricane Katrina. It dwarfed the iconic Chicago disaster of the past—“only” 300 died in the Fire—and even the city’s iconic disaster of the present: in all of 2014, the city lost 433 people to homicide. The heat wave lasted just a week.

Which makes it extremely jarring to learn that the Chicago Tribune's first front-page story on the weather—published the day after temperatures tied an all-time record—began with an admonition to “Stop your whining.” The piece went on to quote a woman from Texas who recommended that everyone just go to the mall.

That astounding detail, and many others, come from sociologist Eric Klinenberg's Heat Wave: A Social Autopsy of Disaster in Chicago, which first came out in 2002 and quickly became the definitive account of its subject. The book has been re-issued for the 20th anniversary of the heat wave, and remains a powerful indictment of the thick layers of dysfunction that led to possibly hundreds of unnecessary deaths. The book's fundamental, and convincing, claim is that the heat wave was not a natural disaster. It was, instead, the result of human frailty, error and malice, starting with an inability to understand the dangerous potential of the heat.

In retrospect, the Tribune might have written the most cringe-inducing lede, but they were hardly alone in gravely underestimating what was happening. Other media were also slow to catch on, initially casting the event simply as a local weather story rather than a humanitarian crisis of historic proportions. One television producer reportedly wanted to do a feature with “dueling meteorologists try[ing] to figure out who's hotter.”

Even after the city's Chief Medical Examiner had begun to announce astonishingly high death totals, and the morgue became so overwhelmed with bodies that they had to be stored in cooled trailers in the parking lot outside, there was no consensus about the severity of what was happening. Instead, the media fell prey to a bewildering mix of both skepticism and credulity with regards to government claims. On the one hand, a feeling that the Chief Medical Examiner was over-dramatizing the problem led to some truly breathtaking shows of cynicism, as when the legendary columnist Mike Royko published a piece five days into the disaster—well after photos of trailers full of bodies had been broadcast around the country—under the headline, “Killer Heat Wave or Media Event?”

On the other, Chicago's media seemed quite ready to lend credence to the announcements coming out of the office of Mayor Richard M. Daley, whose administration turned to a noxious mix of denial and blaming the victims, and victims' families and neighbors, as a kind of damage control. In part, this was a reaction to the perceived PR failures of Mayor Michael Bilandic, who had received brutal media coverage during a 1979 blizzard that shut down the city for days, and lost his subsequent re-election campaign.

From the beginning, Daley's City Hall looked to avoid that fate, aggressively placing blame for the mounting deaths on failures of personal responsibility, while insisting that it was taking all appropriate humanitarian measures. Journalists who were unsure of the Medical Examiner's methodology were ready to believe Daley—who, if it needs to be said, was not a doctor—that the death count was surely much, much lower. “Coroners Don't Always Agree on When Heat Kills,” reported the Tribune, despite a lack of evidence of such disagreement among actual coroners.

Adding insult to injury, Daley repeatedly suggested that in the case where heat deaths could have been prevented, it was the responsibility of family and neighbors—not public health services—to carry out preventative measures. Many reporters ate this up, too: The Chicago Sun-Times published an editorial complaining that “unfortunately, we have been conditioned through years of ever-burgeoning government to expect Big Brother will take care of all things.” At the Tribune, one headline explained, “Casualties of Heat Just Like Most of Us: Many Rejected Any Kind of Help.”

But if the city's media failed to warn their readers and viewers of just how serious an event they were facing, the city's government failed to render to its citizens the help that might have actually saved their lives. City Hall had guidelines for declaring a hot weather emergency and mobilizing preventative resources, but ignored them and waited until several days into the heat wave—once bodies were already overflowing the morgue—to put them in motion.

As a result, the city was completely overwhelmed. Ambulance response time regularly climbed to half an hour or more; 18 hospitals were put “on bypass,” meaning they had no room left, sending ambulances scrambling to find a place to deliver their patients. Afterwards, studies showed that residents contacted by city social workers had a reduced risk of death—but the number of those workers fell far short of the numbers needed.

For Klinenberg, none of these failures were accidents. Instead, they were the almost inevitable result of the “entrepreneurial state” created by Daley in Chicago and other government officials across the country.

The essence of the entrepreneurial state is to treat citizens as if they were customers: “'smart shoppers' of city services.” Public resources are cut in the name of efficiency (the city had nearly 20 percent fewer health and human services staff in 1995 compared to 1991, for example), and those resources that remain are available mainly to city residents who can navigate a complex web of public agencies and programs actively and with sophistication. Needless to say, this leaves many of those most in need of those services—people who are poor or elderly or lack other kinds of social and economic capital—in a position where they are unable to access them.

But the dead were not “just like us,” in the sense of being a representative sample of Chicagoans. It was overwhelmingly the poor, elderly and the isolated who died. Just 67 of the victims were under 55; blacks and single men were dramatically overrepresented, as were people living in high-crime neighborhoods.

Much attention has been given in the last year or so to the impact of one's neighborhood on quality of life. From segregation to education to hyper-policing, we are probably more aware than ever that place matters. But Heat Wave, published over a decade ago, stretches this insight even further, showing that  more than almost anything else, the neighborhood you lived in in the summer of 1995 determined your chances of survival, in ways that went far beyond income or race

Perhaps the most well-known section of Klinenberg's book contrasts North Lawndale and South Lawndale (better known as Little Village), adjacent neighborhoods on the city's West Side. North Lawndale, a deeply impoverished, nearly entirely black community, faced one of the city's highest death rates during the heat wave. Little Village—a heavily Mexican immigrant area with more than its share of poverty, but also a bustling commercial district and dense network of civic organizations—had one of the lowest.

Klinenberg refers to this, and the fact that Latino neighborhoods across the city had extremely low death rates, lower even than whites in neighborhoods with higher average incomes, as the “Latino health paradox”—but three black areas on the South Side also had among the lowest rates in the city. At its best, Heat Wave cuts through the oversimplification that black or low-income neighborhoods must always be dysfunctional. Instead, what matters is the existence of a healthy neighborhood social life, enabled by neighborhood businesses, well-supported civic organizations and freedom from a debilitating fear of crime.

Of course, economic and policy trends originating far before the 1995 heat wave, and continuing to this day, are dramatically undermining exactly those safeguards in too many communities, in Chicago and around the country. Ongoing retail and credit redlining, not to mention falling wages, have starved local commercial districts; radically reduced government support for service organizations has frayed the social fabric, and crime rates remain far too high in many places, despite an overall decline.

Despite its failure to respond fast enough to the 1995 heat wave, Klinenberg documents that the Daley administration did quietly change some of its emergency response policies to be more prepared for the next time. Still,  it's hard not to conclude that the city's neighborhoods are vulnerable to another deadly heat wave, or some other crisis we haven't seen yet, 20 years later. And if such a disaster does come, the outcome will be as unnatural as the first.