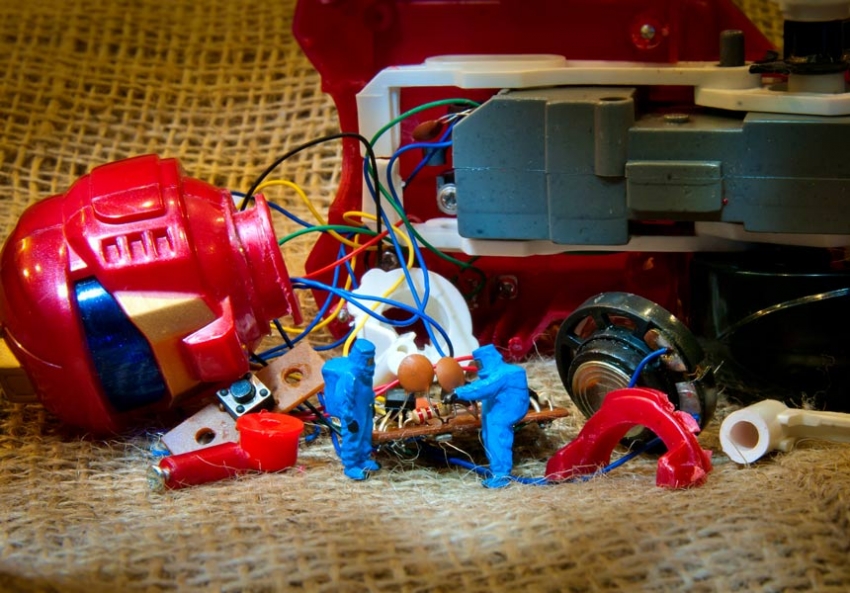 Forget Techno-Optimism: We Can’t Innovate Our Way Out of Inequality

He offers nothing in the way of policy specifics besides the inarguable yet unactionable truism that if the sharing economy “generates enormous amounts of wealth for the platform owners, then the platform owners can and should help pay for added costs to society.”

Toward the end of his 250-page hymn to digital-age innovation, The Industries of the Future, Alec Ross pauses to offer a rare cautionary note. Silicon Valley may have incubated all the wonders and conveniences one can imagine—and oh, so many more! But for the international business elites looking to remake their emerging market economies in the Valley’s gleaming, khaki-clad image, there’s some bad news: It can no longer be done. A “decades-long head start” has granted too great a competitive advantage to the charmed peninsula along the Northern California coast.

Not to worry, though! On-the-make tech globalists can still make a go of it, provided they’re prepared to embrace “specific cultural and labor market characteristics that can contradict both a society’s norms and the more controlling impulses of government leaders.”

Stripped of the vague and glowing techno-babble, this is a prescription for good old-fashioned neoliberal market discipline. Everywhere Ross looks across the radically transformed world of digital commerce, the benign logic of market triumphalism wins the day. When Terry Gou—the Taiwanese CEO of Foxconn, the vast Chinese electronics sweatshop that doubles as an incubator for worker suicides—plans to eliminate the headache of supervising an unstable human workforce by replacing it with “the first fully automated plant” in manufacturing history, why, he’s simply “responding to pure market forces”: i.e., an increase in Chinese wages that cuts into Foxconn’s ridiculously broad profit margins. And you and I might see the so-called sharing economy as a means to casualize service workers into nonunion, benefit-free gigs that transfer economic value on a massive scale to a rentier class of Silicon Valley app marketers. But bouncy New Economy cheerleaders like Ross see “a way of making a market out of anything, and a microentrepreneur out of anyone.”

When confronted with the spiraling of income inequality in the digital age, Ross, like countless other prophets of better living through software, sagely counsels that “rapid progress often comes with greater instability.” Sure, the “wealthy generally benefit over the short term,” but remember, kids: “Innovations have the potential to become cheaper over time and spread throughout the greater population.”

Ross first stormed into political prominence as an architect of Barack Obama’s “technology and innovation plan” during his 2008 presidential campaign, and he has spent four years captaining his own charmed, closed circle of tech triumphalism as the White House’s “senior advisor for innovation” under Secretary of State Hillary Clinton. This renders The Industries of the Future something more than another breathless, Tom Friedman-style tour of the wonderments being hatched in startups, trade confabs and gadget factories. Ross’ book is also a tech-policy playbook for the likely Democratic presidential nominee, who has spared no effort in soliciting the policy input—and landing the campaign donations—of the Silicon Valley mogul set. As such, it should give any Hillary-curious supporter of economic justice considerable pause.

The larger point for Ross, in any event, is that the innovative megafirms of tomorrow will come to spontaneously serve the public good. Not to mention that many IPO investors “are pension funds,” Ross coos, which “manage the retirement funds for people in the working class like teachers, police officers, and other civil servants.” Never mind, of course, that the neoliberal logic of the Uber model means that we’re creating a workforce that’s unlikely ever to come within shouting distance of a pension benefit again.

This kind of terminal Silicon Valley myopia also accounts for the vast economic and political blindspots that continually undermine Ross’ relentlessly chipper TED patter. To take just one instructive instance, in a book that devotes considerable real estate to the innovations of “fintech” (the streamlining of global digital currency exchanges and investment transactions) nowhere does the author acknowledge the pivotal role that tech-savvy Wall Street analysts—the “quants” as they’re known in Street argot—played in stoking the early-aughts housing bubble that led to the near-meltdown of the global economy.

That’s because it’s an axiomatic faith for this brand of techno-prophecy that innovation can never actually make anything worse—in just the same fashion that the quants were insisting, right up until the end, that there could never be a downturn in the national housing market. If this is the kind of wisdom Hillary Clinton relied on to promote her global innovation agenda at the State Department, one shudders to think of how it might run riot through the White House come next January.