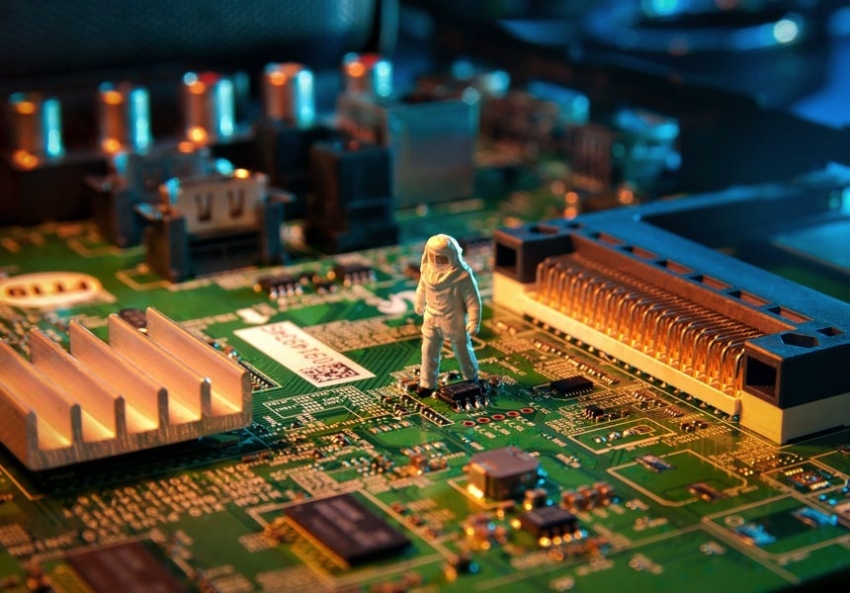 Will information networks save us? (David Kasza/Shutterstock)

Tech Could Mean the End of Capitalism. But What Comes Next?

Mason is advancing the radical thesis that information technologies are actually subverting the fundamentals of capitalist economics and pointing the way to a new postcapitalist system.

Economics professors like to demonstrate the inherent flaws of Soviet-style command economies by asking students to imagine what would have happened if the Soviet Union had tried to create Starbucks. Presumably, a Soviet Starbucks would have offered only two kinds of coffee—black or white—until it ran out of milk, or coffee, or both. In his new book, Postcapitalism: A Guide to Our Future, British economics journalist Paul Mason invites us to re-run this thought experiment. This time, imagine Amazon, Toyota or Boeing trying to create Wikipedia. A successful outcome is equally unthinkable.

Obviously, capitalism is undergoing a revolutionary restructuring in the digital age. Mason is advancing the radical thesis that information technologies are actually subverting the fundamentals of capitalist economics and pointing the way to a new postcapitalist system. A transition to postcapitalism, Mason argues, offers an alternative to either the continuation of an increasingly ailing neoliberal capitalism or its catastrophic collapse.

Mason is a trenchant critic of neoliberalism, the prevailing economic philosophy that justifies austerity and privatization worldwide. He excoriates it for its calculated attacks on unions, its intensification of economic inequality, its destruction of the environment and its tearing of societies’ social fabric. Globally, he says, neoliberal financial practices are exposing major economies to increasingly frequent and severe financial crises. Neoliberalism also offers no solution to climate change, because the free market favors drilling and fracking over investment in alternative fuels. Nor can neoliberalism deliver on its post-Cold War promise of a stable New World Order. Instead, it is confronted with an increasingly fragmented and conflict-ridden international disorder that is a far cry from the market-oriented, liberal-democractic “end of history” supposedly heralded by the fall of Communism.

Neoliberal elites could conceivably hang on, but they will have to continue shifting the costs of recurrent crises onto workers, pensioners and the poor. And, to protect themselves from the backlash, states will have to carry out more repression.

These extremes may trigger a wholesale rejection of neoliberalism. Populations sick of austerity may turn to parties of the old far Left that are still committed to reinstituting some form of command economy. At the same time, as more and more migrants and refugees flee intensified North-South economic polarization, climate change and regional conflicts, we could see the rise of anti-immigrant parties of the far Right and a thickening of national borders reminiscent of the 1930s.

For Mason, the growing sense that the present is unsustainable is reflected in the burgeoning pop cultural depictions of zombies, natural disasters and civilizational disintegration. Still, he sees no reason to cede the ground to the pessimists.

Audaciously, Mason envisions a movement from capitalism to postcapitalism that is no less epochal than the transition from medievalism to modernism. A postcapitalist, informationbased, networked society will subvert existing hierarchies and resist neoliberal exploitation, he argues, making possible increased prosperity, greater equality, green economic development and an end to the correlation between work and income. These are vast claims, but Mason insists that core aspects of postcapitalism are already in place—put there by capitalism itself.

The information revolution, Mason contends, subverts two core concepts of capitalist economics: scarcity and the price mechanism. Information is abundant and does not degrade with use, nor does its use by one consumer preclude its use by others. What is more, the marginal cost of reproducing information is constantly falling. In such an environment, information emerges as a public good—a resource or utility to which it is impractical to restrict access, much like street lighting. Mainstream economics responds to these challenges with intellectual property rights, in order to make information behave like a tradable commodity. But such laws are full of inconsistencies and impracticalities—for example, we can copy a CD into iTunes, but not a DVD.

The information revolution makes possible what the legal scholar Yochai Benkler calls “commons-based peer production,” characterized by cooperative, horizontal working relationships. All of this is in marked contrast to the top-down approach of “firm production,” which explains why Boeing could never have created the open-sourced Wikipedia.

Like the sociologist Manuel Castells, Mason believes that the new information-based networked society is as permanent as electrification, and that it is forging a new kind of human being: post-deferential, peer-driven and skeptical of traditional political elites of both the Left and the Right. They will be the agents of social change, and Mason sees their fluid networks already at work in uprisings like the Arab Spring and the urban development protests in Istanbul’s Gezi Park.

But are these protests really aspects of essentially the same phenomenon? And what kind of world are these networked individuals trying to create? Do they even know?

Postcapitalism is an ambitious attempt to impose theoretical coherence on our amorphous times. Its argument is sophisticated and erudite, and vividly illustrated by Mason’s long experience of reporting from the front lines of economic conflicts and crises, where he spends as much time talking to rioters, strikers and squatters as to finance ministers and central bankers. But his postcapitalism claim may not be sustainable, either as economics or politics.

In economic terms, capitalist efforts to maintain information monopolies have not been conclusively defeated yet, and many peer-to-peer enterprises (such as Uber or Airbnb) retain the essential features of capitalism, as Mason himself acknowledges.

The political implications of Mason’s case are also unclear. His postcapitalist vision clearly separates him from collectivist socialists, who have been quick to protest his marked downgrading of organized workers as historical agents. Mason’s ideas will appeal mostly to libertarian socialists, left anarchists and Greens, all of whom will share his enthusiasm for social media-enabled civil society initiatives. But his calls for the socialization of finance, action on climate change and a universal basic income all imply an expanded role for the state, thereby creating a familiar tension on the Left between centralization and decentralization.

Nonetheless, this highly provocative and compellingly readable book, which already made waves with its U.K. publication last summer, is indispensible reading for anyone grappling with the problems of contemporary economic transition.

Peter C. Grosvenor is originally from Wales and holds a Ph.D. in Government from the London School of Economics. Formerly a trade union researcher and speechwriter, he is currently Associate Professor of Sociology & Global Studies at Pacific Lutheran University in Tacoma, Washington.