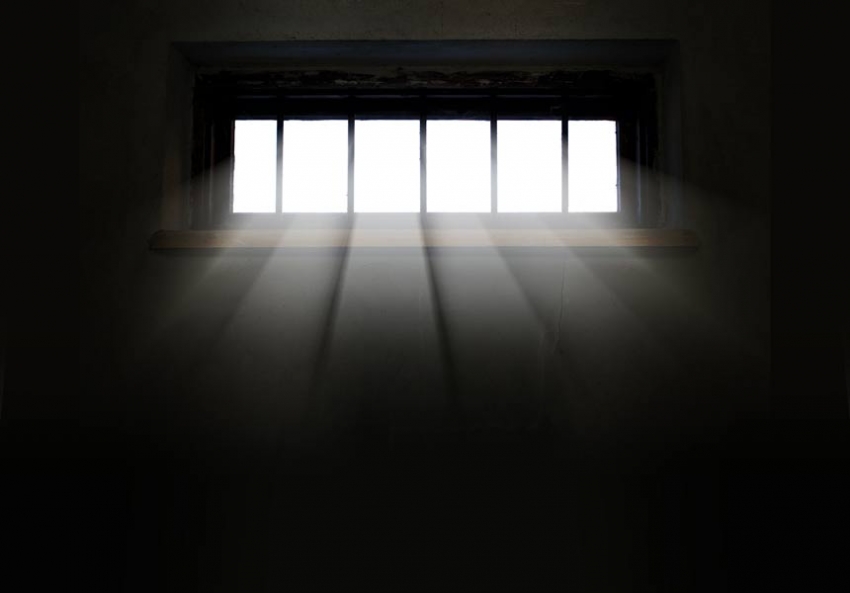 A punishment that’s cruel, but not unusual

The very essence of life is human contact, and the affirmation of existence that comes with it. Losing that contact, you lose your sense of identity. You become nothing.

As kids, a lot of us imagine having superpowers. I was an avid comic book reader, and I often imagined being invisible. I never thought I would actually experience it, but I did. It wasn’t in a parallel universe—although it often felt that way. While serving time in New York’s prisons, I spent 2,054 days in solitary confinement. I was out of sight and invisible to other human beings—and eventually, even to myself.

After only a short time in solitary, I felt all of my senses start to diminish. There was nothing to see but gray walls. In New York’s so-called Special Housing Units, or SHUs, most cells have solid steel doors, and some don’t have windows. You can’t even tape up pictures or photographs; they have to be kept in an envelope. To fight the blankness, I counted bricks and measured the walls. I stared obsessively at the bolts on the door to my cell.

There was nothing to hear except empty, echoing voices from other parts of the prison. I was so lonely that I hallucinated words coming out of the wind. They sounded like whispers. Sometimes I smelled the paint on the wall, but more often, I just smelled myself, revolted by my own scent. There was no touch. My food was pushed through a slot. Doors were activated by buzzers, even the one that led to a literal cage directly outside of my cell for one hour per day of “recreation.”

Even time had no meaning in the SHU. The lights were kept on for 24 hours. I often found myself wondering if an event I was recollecting had happened that morning or days before. I talked to myself. After a while, I began to get scared that the guards would come in and kill me and leave me hanging in the cell. Who would know if something happened to me? The space I inhabited was invisible to the outside world, just like I was.

I try to explain to people how the sensory deprivation and the absence of human contact affects a person. I try to make them see how much we need human validation. The very essence of life is human contact, and the affirmation of existence that comes with it. Losing that contact, you lose your sense of identity. You become nothing. That’s what I mean when I say I became invisible even to myself.

Anyone lacking familiarity with our state prison system would probably guess I must have been a pretty scary, out-of-control prisoner. But I never committed one act of violence during my entire sentence. Instead, a series of “tickets,” or disciplinary write-ups for prison rule violations, were punished with a total of more than five years in “the box.”

In New York, guards give out tickets like penny candy. I received an endless stream of tickets, each one more absurd than the last. When I tried to use artwork to stay sane, I was ticketed for having too many pencils. Excess pencils are considered sharpened objects, or weapons. Another time, I had too many postage stamps, which in prison are used like currency and are contraband.

My case is far from unusual. A 2012 study by the New York Civil Liberties Union found that five out of six of the 13,000 SHU sentences handed out every year are for nonviolent misbehavior, rather than violent acts. On any given day, some 3,800 people are in isolated confinement in the state, many for months or years. Those accused of more serious prison offenses, and those deemed an ongoing risk to “safety and security,” have been held in solitary for 20 years or more. In handing out these sentences-within-sentences, prison officials act as prosecutors, witnesses, judge and jury. There is no defense counsel.

Everyone knows that prison is supposed to take away your freedom. But solitary doesn’t just confine your body; it kills your soul. And it makes it hard to ever live among other people again.

Because of the way I left prison, based on the outcome of a court case, I had no advance notice of my release date. I was in Upstate, a supermax prison way up by the Canadian border. I was in solitary confinement when a guard came to my cell one morning and said, “No breakfast today. You’re getting out.” I was handcuffed and searched, and then brought to the gate, where I was uncuffed, asked to sign a paper, and given a bag of my property and $40.

Then I was outside, by myself. It was 7 a.m. I just stood there for a long time until a van came to take me to the bus station. It was like a dream. They gave me a ticket and I climbed onto the bus, and I was so overwhelmed that I slept for nine hours. When I woke up I was in the Port Authority Bus Terminal, which has to be one of the most crowded, crazy places in the world.

I remember folding up right there in the bus station. I didn’t know it at the time, but I was having my first panic attack. I was sweating, and I could feel my heart beating in my chest and my eyes darting back and forth. I just slid down to the floor in a corner.

I remember a homeless guy coming up to me and asking if I was okay, and then he said, “Oh, you just came home.” I don’t know whether he’d been incarcerated himself, or had just seen things like this before in the bus station. But he knew what was happening.

The police came, and I told them I just got out. They escorted me out of the bus station. It’s sad, but it made me feel comfortable again—being escorted by people in uniforms, and being told what to do. I was in such bad shape that the police sent me straight to the hospital, to Bellevue. And I didn’t get out of there for several days. I was supposed to immediately report to parole once I reached the city. So within a day of leaving solitary, I had violated parole—and I ended up being sent back to prison.

The next time I got out, I was leaving from general population, not solitary, and I had a mental health diagnosis—I am bipolar—so I was able to get some help, although it wasn’t easy. The system is stacked against formerly incarcerated people in so many ways, making it nearly impossible to get housing, jobs, or public assistance. If you’ve been damaged by solitary confinement and can barely function in the free world, then it’s even harder.

You never completely recover. You just learn to live with the scars it leaves behind.

This excerpt originally appeared in Hell Is a Very Small Place: Voices from Solitary Confinement, published by The New Press. Reprinted here with permission. Copyright © 2015 by Five Mualimm-ak

Five Mualimm-ak was born in Ethiopia in 1975 and moved to the United States with his family at the age of 12. He entered the New York State prison system in his early twenties with a sentence of 33 years to life for a series of drug offenses. Mualimm-ak served a total of 12 years, five of them in solitary confinement, before the majority of his convictions were overturned and he was released on time served in 2012. In 2015, he launched his own advocacy group made up of formerly incarcerated people, the Incarcerated Nation Corporation.