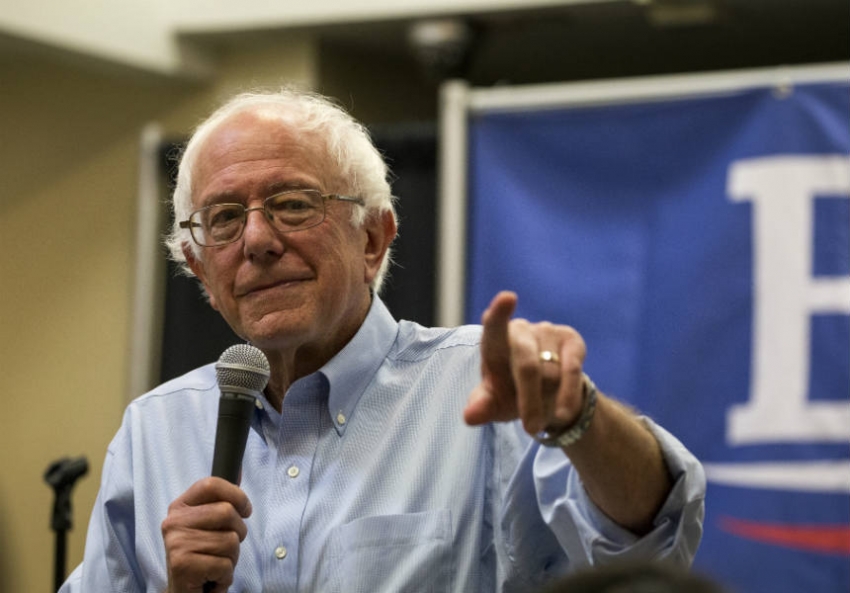 The Times pieces misleads readers into thinking there is more skepticism about Sanders’ plan among lefty economists than there actually is.

Sanders has a very ambitious agenda covering everything from universal Medicare, reforming the financial sector, paid sick days and vacation, free college, and universal childcare. If an economist, left-leaning or otherwise, can’t find some grounds for skepticism on any of these proposals they should probably be in a different line of work.

While there are undoubtedly many left of center economists who have serious objections to the proposals Sanders has put forward, there are also many who have publicly indicated support for them. Remarkably, none of those economists were referenced in this article. In fact, to make its case on left of center economists’ views, the NYT even presented the comments of Ezra Klein, who is neither an economist nor a liberal, by his own identification.

It also misrepresented the comments of Jared Bernstein (a personal friend), implying that they were criticisms of Sanders’ program. In fact his comments were addressed to the analysis of Sanders’ proposals by Gerald Friedman, an economist at the University of Massachusetts who is not affiliated with the Sanders campaign.

It also presented the comments of Brookings economist Henry Aaron about the views expressed by “other economists in a ‘lefty chat group’ he joins online.” This would seem to violate the NYT’s usual policy on anonymous sources.

Sanders has a very ambitious agenda covering everything from universal Medicare, reforming the financial sector, paid sick days and vacation, free college, and universal childcare. If an economist, left-leaning or otherwise, can’t find some grounds for skepticism on any of these proposals they should probably be in a different line of work.

These are all big ideas, each of which will face enormous political opposition even if Bernie Sanders were in the White House. Sanders has not given a fully worked out proposal in any of these areas, nor is it reasonable to expect a fully worked out proposal from a candidate for the presidency. His campaign platform outlines general approaches. In the event Sanders got to the White House, it would be necessary to draft fully worked out legislative language which would almost certainly amount to hundreds of pages, and quite possibly thousands of pages, in each area. In addition, whatever he initially put on the table would have to be haggled over with Congress, even assuming that he had a much more sympathetic group than the current crew.

While it is nice that the NYT is subjecting Sanders’ views to serious scrutiny, it would be good if it also subjected the views of other candidates to the same scrutiny. For example, Secretary Clinton has indicated a desire to give more opportunity to African Americans and Hispanics, yet she has not commented on the decision by the Federal Reserve Board to raise interest rates at the end of last year. This rate hike was intended to be the first of a sequence of rate hikes.

The purpose of raising interest rates is to slow the economy and the rate of job creation, ostensibly to prevent inflation. The people who will be disproportionately hurt by slower job growth and high unemployment are African American and Hispanic. NYT readers would likely be interested in knowing how Secretary Clinton can reconcile her commitment to helping African Americans and Hispanics with her apparent lack of concern over the Fed’s decision to raise interest rates and deny them jobs.

Whatever standard of scrutiny the NYT chooses to apply to presidential candidates it should apply them equally. It is not good reporting to apply one standard to Senator Sanders, and even inventing credentials to press its points, and then apply lesser standards to the other candidates.