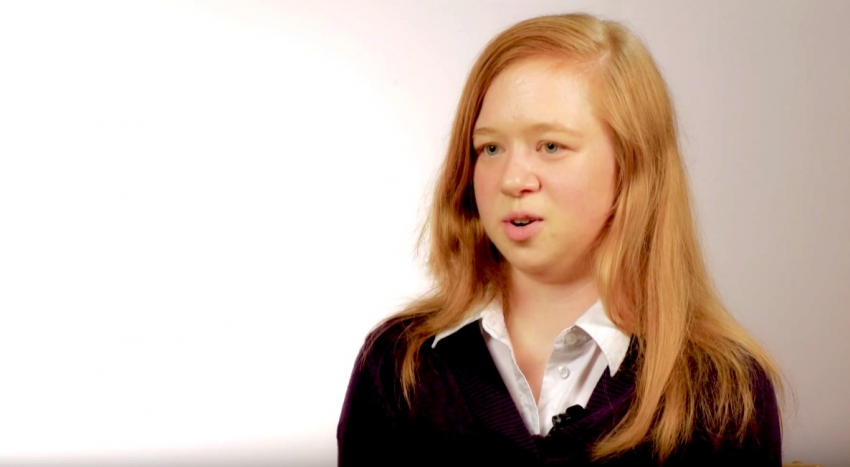 While You’re Busy Mocking Abigail Fisher, the Powerful Racist Forces Behind Her Are Getting a Pass

It might feel good to mock “Becky with the bad grades,” but focusing on her lets the real power players in her anti-affirmative action case off the hook.

Though privilege discourse can be useful in certain situations, its analysis—especially when it centers personal actions and beliefs—cannot capture the powerful forces at work in Fisher. Implicitly or explicitly, centering Abigail’s individual privilege and merit distracts from the importance of institutions and obscures the systemic power of those who operate through them.

On Thursday, the short-handed Supreme Court defied expectations by declaring the affirmative action program at the University of Texas constitutional. The decision was understandably greeted with celebrations by liberal activists—though tempered by frustration over the court’s immigration decision released the same day. In addition, Abigail Fisher predictably came in for another round of Internet mockery. In our post-Lemonade world, #Beckywiththebadgrades became the hashtag of choice to discuss the decision on Twitter.

It is not surprising that the reaction to the decision focused on Abigail herself. Media coverage of the case when it was argued this winter also focused primarily on the plaintiff: her mediocrity, her “race-baiting lawsuit,” and, most of all, her privilege. It encouraged her to #staymadabby and compared her to “a boiled and condiment-less hot dog sitting in a room-temperature bun.”

Judging from the headlines, Abigail Fisher is at the same time a student who did not merit admission to a state university and a racist genius who brought the most important anti-affirmative action case in decades to the Supreme Court. But if we ignore merit for a moment and focus instead on power, we see that all of the attention lavished on Abigail Fisher has obscured the role of much more powerful people and organizations—most importantly Edward Blum, a powerful white supremacist who is the “driving force” behind the lawsuit.

The Man Behind the Curtain

When Abigail Fisher was still in diapers, the man who would eventually steer her case toward the Supreme Court was making his first attacks upon race-conscious laws, initially as a plaintiff. Though he is not a lawyer, Blum decided to advance his racist ideology in the courts after two failed runs for office in the 1990s. With the support of a number of conservative donors such as the Bradley Foundation, Blum has spent years organizing and filing lawsuits on the behalf of others against laws and practices that support racial equality, under the auspices of his innocuously-named Project on Fair Representation.

In addition to Fisher, Blum has also backed the lawsuit that gutted the Voting Rights Act. He also filed amicus briefs supporting the plaintiffs in Parents Involved in Community Schools v. Seattle, which struck down Seattle’s voluntary school desegregation plan, as well as Texas Department of Housing and Community Affairs v. The Inclusive Communities Project, which failed to destroy the 1968 Fair Housing Act. Blum’s racist ideology has found fertile ground in the myopic views of the Supreme Court’s right-wing justices who claim that “The way to stop discrimination on the basis of race is to stop discriminating on the basis of race.”

Blum’s most important victory, Shelby County v. Holder, entered the judicial system in a similar way to Fisher. Its history helps to establish Blum’s modus operandi. After noticing that the Department of Justice had rejected a redistricting plan in Shelby County, Alabama, Blum connected with a local attorney and cold-called county officials until he found someone willing to file a lawsuit. As Blum told the New York Times, “I find the plaintiff, I find the lawyer and I put them together.” Blum filed the Shelby County suit after the Supreme Court failed to strike down the Voting Rights Act in a similar case backed by Blum, Northwest Austin Municipal Utility District v. Holder. In Shelby County, however, Blum was successful, and in 2013 the Supreme Court critically weakened the Voting Rights Act, with the predictable repercussion of racist voter suppression.

The Privilege of a Pawn

Blum is an obsessive worker. Even as he was shepherding Shelby County through the courts, he was searching for a plaintiff to file a case challenging affirmative action in college admissions. He went so far as to set up a website fishing for potential plaintiffs. Though the website did not pan out, Blum found a moment of white supremacist synergy: his old friend Richard Fisher is Abigail’s father, and when she was rejected from the University of Texas, Blum took action. In Abigail, Blum found a white face for his lawsuit.

But Blum’s decade-long ideological crusade demonstrates an obvious truth. If Blum hadn’t chosen Fisher, internet personalities would be reveling in the failure of some other marginally competent white or East Asian teen who had been rejected from a university practicing affirmative action. Moreover, Blum’s connections to conservative donors were key to creating the case: Fisher’s father has admitted that if he had had to pay the legal fees, the case never would have proceeded. Beyond merely getting the case filed and paying for the lawyers, Blum also “stage-managed” Fisher’s public persona for the case. After the first argument of Fisher’s case before the Supreme Court, “Abigail recited from memory a statement Blum had written for her” to the press.

Clearly, Fisher was not about Abigail. To understand the case, Blum’s history is far more important than Abigail Fisher’s SAT scores. Not only should knowledge of Blum’s record redirect our attention away from Abigail Fisher, but it should also cause us to ask why Blum has been so successful at overturning laws that had been in force for almost half a century.

The Project on Fair Representation is one of many organizations that aims to advance a conservative agenda through the courts. It is unique only in its extremely small size and successful track record. The Center for Individual Rights (CIR), for example, shares a number of funders with Blum’s group, including the Bradley Foundation—which clearly sees a connection between union busting and white supremacy. The CIR was the principal backer of the case Friedrichs v. California Teachers Association which challenged the funding structure of public employee unions. It appears that the conservative justices, who begged for such a case to be brought, had planned to use the First Amendment to further weaken organized labor. Antonin Scalia’s death, however, disrupted those plans and an evenly divided court allowed public sector unions to survive.

Blum’s success has been due, in large part, to the reactionary Supreme Court, which has been looking for an excuse to strike down laws that protect both black Americans and organized labor. The first decade of the Roberts Court has been characterized by the aggressive promotion of a right-wing agenda. Pushing aside the reigning conservative doctrine of judicial restraint that emerged in response to the progressive decisions of the 1950s and 1960s, Roberts and the other conservative justices have consistently overruled precedents and interpreted the Constitution to benefit the powerful. At times they have worked almost hand-in-hand with right-wing advocacy groups such as the CIR, radically reinterpreting the First Amendment in cases such as Citizens United.

When the Court has this much power and motivation, focusing on details of the underlying case, such as Abigail Fisher’s subpar grades, is irrelevant. Based on his record, Blum is without a doubt one of the most effective supporters of white supremacy in the United States; but, unlike Abigail Fisher, he has largely stayed out of the spotlight.

That the attention of so many people—and so many “journalists”—has been focused so squarely on Abigail and not on Blum and the composition of the Supreme Court is frankly a tragedy.

Most of the small amount of media coverage on Blum is from 2012, and it appears that no journalist has even bothered to call him and ask him how he feels about his legal successes since then. Even in the widespread coverage of the Fisher decision, there were no quotes from Blum. He was invisible. Some outlets even continued to misidentify him as Abigail’s attorney.

Among the Left, web journalists and commentators know they’ll get more clicks from decrying a white woman’s privilege or mediocrity than exploring Blum’s racist crusade. In the end, the story of Fisher v. University of Texas can neither be understood nor combated within the language of privilege or meritocracy. Though privilege discourse can be useful in certain situations, its analysis—especially when it centers personal actions and beliefs—cannot capture the powerful forces at work in Fisher. Implicitly or explicitly, centering Abigail’s individual privilege and merit distracts from the importance of institutions and obscures the systemic power of those who operate through them.

The infrastructure of conservative foundations is strong and its focus goes well beyond the courts. The same organizations that fund Blum’s lawsuits also support local, state and federal candidates and even write racist and anti-union legislation through groups such as the American Legislative Exchange Council. If we want to make sure that the victories of past generations are secure—and maybe even win some victories of our own—we need to build enough power so that Samuel Alito and his white (and black) allies don’t feel secure attacking them. But simply ridiculing pawns like Abigail Fisher plays into their hands, allowing conservative elites to strip away our rights and further disempower our political movements with impunity.

Edward Blum has made consolidating white economic and political power his life’s work. Our goal should not be to make him believe in racial equality, but to make sure he fails.

Jon Booth is a Ph.D. student in History at Harvard and a JD candidate at Harvard Law School. He studies the intertwined history of race, crime, and post-slavery emancipation in the Atlantic World.