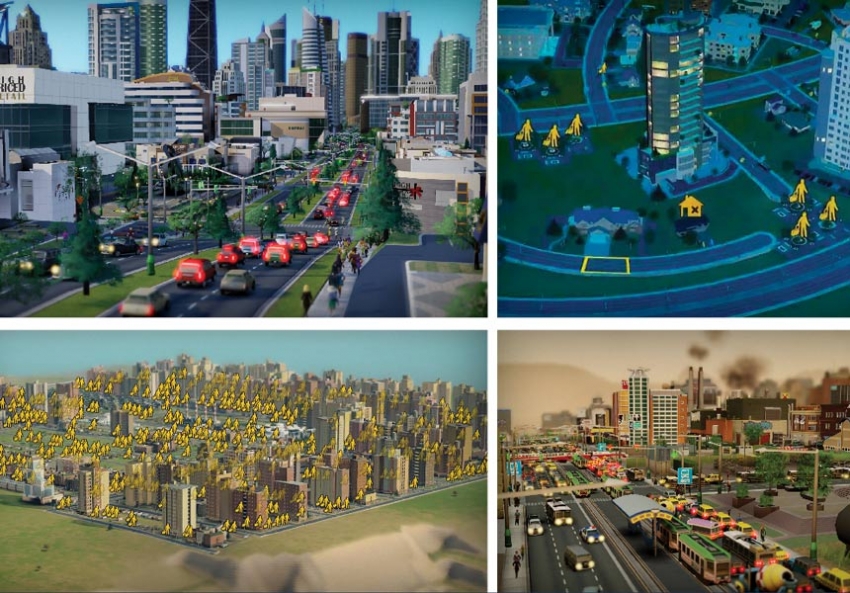 Sim City and the Worst Ways to End Homelessness

Have you tried decreasing social spending, then implementing a tax on alcohol. Then, those bums will have no choice but to get jobs. If that doesn’t work, try pressing Alt + F4

Meteors. Volcanoes. Aliens. Anyone who grew up playing SimCity lived in fear of their meticulously planned metropolis being laid to waste by an act of God. Aside from this element of randomness, however, everything in the iconic 1990s computer game proceeded in orderly fashion according to a few baseline principles of apolitical Sim urban planning: If you build roads, designate residentially zoned areas and click-and-drag in trash incinerators, they will come. SimCity was a lighthearted, diverting distillation of the technocratic conviction that we don’t need to solve urban inequality, just design better cities.

In the most recent version of the game, released in 2013, players have to contend with a much thornier problem: homeless Sims, who appear in-play when residential properties are abandoned. With this addition, the game crosses the uncanny valley—the virtual cities take on the grittier quality of real ones, and the harsh strategies that players pursue to manage their homeless populations begin to echo the actions of policymakers attempting to remove “undesirables” from urban centers to make way for tourism and commerce.

Multidisciplinary artist Matteo Bittanti, a visiting professor at IULM University in Milan, was struck in particular by how players’ animosity towards the genderless, two-dimensional figures wandering through their cities mirrored real-life prejudices. He collected thousands of messages exchanged by SimCity users in online forums and created a 600-page, two-volume book documenting how they grappled with the question of homelessness. Below is an excerpt from Volume 1 of “How to get rid of homeless.”

First, have your banks sell high mortgages to those who cannot afford them, then, just wait awhile. Next, raise taxes to bail out the banks that own all that bad debt…and so on…

I was chugging along in my best city yet, only 40,000 residents but tons of money from tourism. I hadn’t payed much attention to the fact my low income sims were unhappy.. their buildings went abandoned, collected a ton of homeless and then burned down (GEE THANKS). I wasn’t lucky enough to have the homeless trapped in their flaming buildings so they’re ALL over 1/3 of my city doing homeless people stuff.

How do you reverse homelessness? Do I try to proved more low income housing or jobs? More jails? Am I stuck with this problem?

Elect a liberal mayor so all your rich get taxed higher and the homeless start slangin’ the big bucks on welfare. Welfare receipients receive 65k a year in benefits in the USA. The more you know.

More police to shoot them down.

Usually correcting the problem that started homelessness in the first place will resolve it. You will still need to build new residential housing if all their old houses have been taken.

I usually drop a meteor on them. Because being god rules.

I don’t want low income sims, since my city is pretty much middle and upper class

be careful though, you need a healthy supply of low wealth sims to work your high end jobs, unless you really think that the the guy with a masters degree and multimillion inheritance is going to push mops or work a register.

one option, if the server is working ok, is to use another city to commute in low wealth workers to the city that you want to keep high wealth only.

I am doing exactly that, buses from both of my friend’s cities arrive at my place filled with low wealth people. I just want to get rid of the undesirables (and stop them from living in my parks).

My town has thousands of available jobs in every wealth tier, yet people are abandoning buildings saying they don’t have enough money, and now I have homeless people roaming the streets. What to do?

Have you tried decreasing social spending, then implementing a tax on alcohol, making alcohol less affordable.

Then, those bums will have no choice but to get jobs. If that doesn’t work, try pressing Alt + F4

In almost every city I have, the same problem eventually surfaces: homeless (or less advantaged citizens, LACS I like to call them). These critters (LACS) are easily identifiable as Yellow Page looking mascots hauling bags, usually running away from a building you just bulldozed, or often you can see the LACS on the streets searching for their next meal. Let’s be fair, I would go out to say that their existence in any of my towns is less than welcomed.

Since the LACS can’t all physically exit a building until after it’s been bulldozed, I would EXPECT there to be some accidents. If I bulldoze a 10 story building…, with, what would be NOTHING less than a “tragic accident”, those 40 something homeless might not all make it out in time. The foreman could say “We tried, but we were too late”. Joe Sim, sitting at home watching his tv having a beer after a long day at work can say: “Wow, they tried, it makes sense.” It would be equally tragic if say, all of the homeless were in the same building that, by a total act of God (and the disasters menu).

I feel both of these are good solutions for a problem that can really get out of hand. I’ve spent several years overseas in Asia, and you know what I didn’t see? A cow, a stray dog, or stray cat. It makes pretty good sense, and depending on how it’s advertised, Simdogs could really catch on.

Bulldoze them or eat them.

Have some humanity. It’s bad enough they’re homeless without you beating on them.