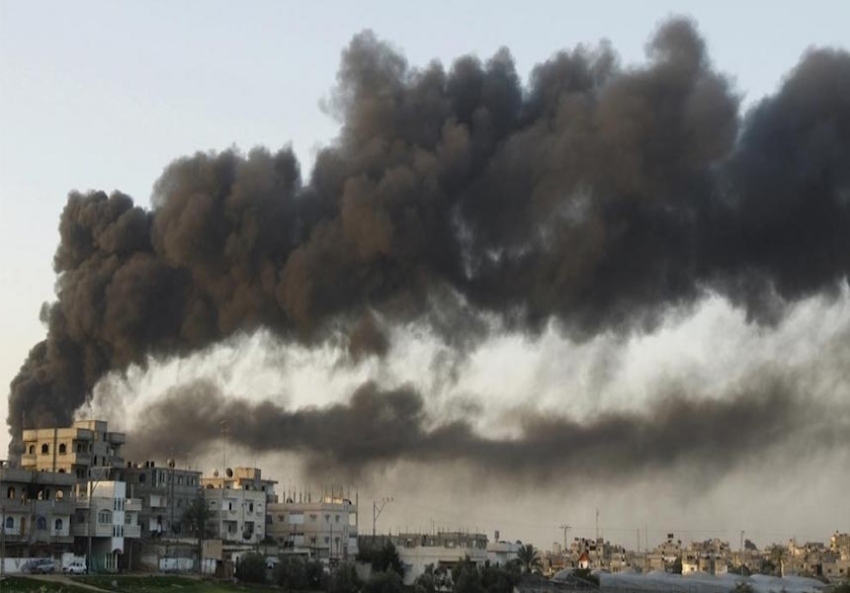 Although the amount of civilian casualties from U.S.-led airstrikes are comparable to some terror attacks, the media coverage of them is far from equal. (Amir Farshad Ebrahimi / Flickr)

Intent rarely affects coverage of these events; only death counts do.

This piece first appeared at FAIR.

A coalition airstrike reported on Tuesday that killed at least 85 Syrian civilians—one more than died in the Nice attack in France last week—wasn’t featured at all on the front pages of two of the top U.S. national newspapers, the New York Times and LA Times, and only merited brief blurbs on the front pages of the Wall Street Journal and Washington Post, with the actual stories buried on pages A-16 and A-15, respectively.

According to the London Telegraph (7/19/16), the airstrike killed “more than 85 civilians” after the “coalition mistook them for Islamic State fighters.” Eight families were represented among the dead, with victims “as young as three.” The Intercept (7/19/16) reported the death toll could end up being well over 100.

The Pentagon has not denied the reports, saying an investigation is underway, according to Stars and Stripes (7/19/16), a media outlet that operates inside the Department of Defense.

As many on Twitter pointed out, the number of dead was roughly equal to that of the recent Nice attack, yet the airstrike did not garner nearly as much media coverage, nor did news outlets convey an outpouring of grief:

By contrast, the Nice attack garnered multiple front-page stories in the New York Times and LA Times, as well as significantly more than 20-word blurbs in the Wall Street Journal and Washington Post.

For those who see a “false equivalency,” there are two mitigating reasons for this glaring discrepancy: 1) The airstrike deaths were an “accident” and 2) Syria’s a war zone, where civilian deaths are to be expected. Neither of these retorts are satisfactory, and certainly not enough to justify a virtual front-page blackout.

On the issue of accidental deaths having less import than purposeful ones, this doesn’t explain why unintentional natural disaster deaths routinely receive splashing front-page coverage. Intent rarely affects coverage of these events; only death counts do. And this is granting the deaths were actually accidental, which we don’t know for sure at this time, or whether the US military was using tactics, like so-called “signature strikes,” that are known to greatly increase the chances of killing noncombatants.

As for the “war zone” factor, according to Airwars, a Western group that monitors civilian deaths at the hands of the U.S.-led coalition, the total number of civilians deaths since the beginning of airstrikes in September 2014 has been 190. To increase this number by almost 50 percent in a matter of days would indeed be a radical departure from the normal course of events—rendering it more than newsworthy.

Indeed, all of the publications in question ran a story on the “dozens of deaths” at the hands of US-led airstrikes, so we know they deemed it notable. Just not notable enough, for whatever reason, to put in a prominent position for U.S. audiences.