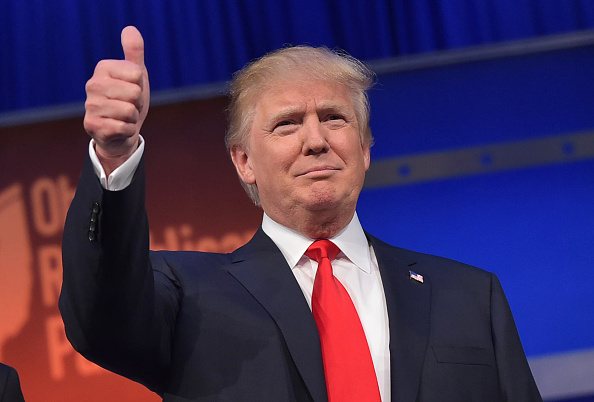 Trump focused on the symptoms inherent in neo-liberal globalization, such as job loss, but his was not a critique of neo-liberalism. (MANDEL NGAN/AFP/Getty Images)

The Election was a Referendum on Globalization and Demographics—Not Neoliberalism

It also represented the consolidation of a misogynistic white united front.

"No, I am not trying to make lemonade out of lemons. But I do think that it is important to recognize that the Trump victory was far from a slam dunk; the election was very close."

Had it not been for the Electoral College, at this moment we would be discussing the plans for the incoming Hillary Clinton administration. That’s right. She actually won the popular vote. Thus, once again, that institution created by the founding slave owners has risen from the grave and prevented our exit from the cemetery.

I begin there to put the election into context and to suggest that commentary needs to be quite nuanced. No, I am not trying to make lemonade out of lemons. But I do think that it is important to recognize that the Trump victory was far from a slam dunk; the election was very close. One might not get that impression, however, when one looks at news headlines as well as Electoral College maps.

What are some of the conclusions we can arrive at from this election?

It is critical to appreciate that Trump’s appeal to whites was around their fear of the multiple implications of globalization. This included trade agreements AND migration. Trump focused on the symptoms inherent in neo-liberal globalization, such as job loss, but his was not a critique of neo-liberalism. He continues to advance deregulation, tax cuts, anti-unionism, etc. He was making no systemic critique at all, but the examples that he pointed to from wreckage resulting from economic and social dislocation, resonated for many whites who felt, for various reasons, that their world was collapsing.

It was the connection between globalization and migration that struck a chord, just as it did in Britain with the Brexit vote. In both cases, there was tremendous fear of the changing complexion of both societies brought on by migration and economic dislocation (or the threat of economic dislocation). Protectionism plus firm borders were presented as answers in a world that has altered dramatically with the reconfiguration of global capitalism.

The election represented the consolidation of a misogynistic white united front.

There are a few issues that need to be “unpacked” here. For all of the talk about the problems with Hillary Clinton-the-candidate and the failure to address matters of economics, too few commentators are addressing the fact that the alliance that Trump built was one that not only permitted but encouraged racism and misogyny. In point of fact, Trump voters were prepared to buy into various unsupported allegations against Clinton that would never have stuck had she not been a woman. Additionally, Trump’s own baggage, e.g., married and divorced multiple times; allegations of sexual assault, would never have been tolerated had the candidate been a woman (or, for that matter, of color). Trump was given a pass that would only be given to a white man in US society. All one has to do is to think about the various allegations, charges and history surrounding Donald Trump and then ask the question: had the candidate been a woman or of color, what would have happened? The answer is obvious.

Also in connection with this matter is that for all of the talk about economic fear, there is this recurring fact that many people seem to wish to avoid. Just as with the Tea Party, the mean income of the Trump base is higher than the national mean (and was higher than the mean for Clinton supporters and Sanders supporters). Thus, we were not dealing with the poorest of the poor. Instead, this was a movement driven by those who are actually doing fairly well but are despairing because the American Dream that they embraced no longer seems to work for white people.

This is critical for us to get because had the Trump phenomenon been mainly about a rejection of economic injustice, then this base would have been nearly interchangeable with that of Senator Sanders. Yet that was not the case. What we can argue, instead, is that this segment of the white population was looking in terror at the erosion of the American Dream, but they were looking at it through the prism of race.

Hillary Clinton, as candidate, was flawed but we should be careful in our analysis.

Though Clinton had expected a coronation, the Sanders campaign pushed her to be more than she expected. The platform of the Democratic Party was shifted to the left in many important respects. Yet Clinton could not be champion of an anti-corporate populist movement. Yes, she correctly argued to tax the 1%. Yes, she articulated many progressive demands. But in the eyes of too many people, including many of her supporters, she was compromised by her relationship with Wall Street.

That said, what also needs to be considered is that Trump had so many negatives against him. Yes, he was an outsider, so to speak, and used that very skillfully to argue that he would bring another pair of eyes to the situation. Yet, this is the same person who is in the upper echelons of the economy; refused to share his tax returns; has numerous allegations against him for bad business with partners and workers; and engages in the same off-shoring of production as many of the companies he criticized! Yet, none of that haunted him in the way that various criticisms haunted Clinton. Fundamentally this was a matter of sexism, though it is certainly true that Clinton’s being perceived as an insider did not help.

We don’t know whether Bernie Sanders would have done any better but we do know that his message is the one that needs to be articulated.

It is impossible to accurately predict whether Sanders would have done better in the final election. He certainly would have been subjected to an immense amount of red-baiting and suggestions of foreign policy softness. Yet his message did resonate among millions, especially younger voters. And it was younger voters who did not turn out in force to back Clinton.

In entering the Trump era it is the movement that Sanders was part of coalescing that becomes key in building a resistance that has a positive vision. One of the weaknesses of the Sanders message was its failure to unify matters of class with race and gender. This is not an academic exercise. This is about telling the right story about what has been happening in the USA. It is also a matter of taping into significant social movements, e.g., Occupy; immigrant rights; LGBT; environmental justice; movement for Black Lives. These are movements that are focused on the future and a future that is progressive. This, in fact, is where the hope lies.

I have argued for some time that right-wing populism—with the Trump campaign exemplifying an aspect of this—is a revolt against the future. It is a movement that is always focused on a mythical past to which a particular country must return. In the case of the USA, right-wing populism seeks a return to the era of the “white republic,” and it is this that the Trump campaign was so successful in articulating. It did so through disparaging Mexicans, suggesting them as a source of crime, completely ignoring criminal syndicates that have historically arrived in the USA from Europe. It did so through demonizing Arabs and Muslims, suggesting them as sources of terror, completely ignoring that the greatest sources of political terror in the USA have been white supremacist formations.

Right-wing populism has grown as a result of both the ravages brought on by neo-liberal globalization as well as the demographic and political changes within the USA. It is the latter—demographic and political changes—that have unfolded over the decades as previously disenfranchised groups have asserted themselves and articulated, to paraphrase the poet Langston Hughes, we, too, sing America.

Yes, let us lick our wounds and reflect on the future. This election result was one that more of us should have anticipated as a real possibility. In either case, that the results were so close and that we did not have the ideal candidate to represent the new majority emerging in the USA remains for me a source of immense hope.