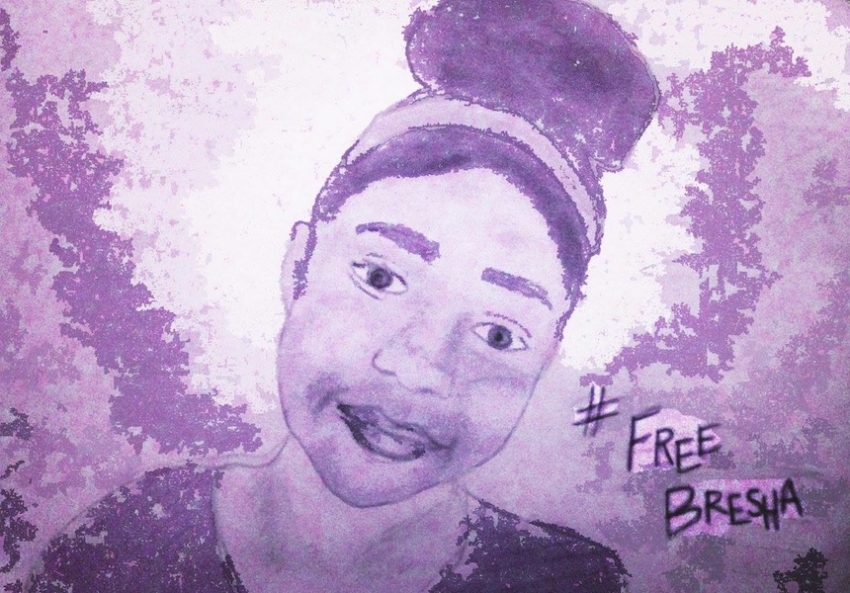 Yes, Trump Is President. We Can’t Compromise in the Fight Against Criminalization.

We can’t leave survivor-defendants, like Bresha Meadows and others, behind.

As we organize to end mass criminalization, the focus of our analyses and messaging should not be on who “deserves” freedom, but on the destructive social conditions that rely on punishment, scarcity and control to give rise to a prison nation.

As Donald Trump is sworn in as the 45th President of the United States, a 15-year-old Black girl named Bresha Meadows will be fighting for her freedom in Ohio.

Bresha allegedly killed her abusive father to defend herself and her family. As Trump is inaugurated on January 20, Bresha will stand before a judge as her lawyers make a motion for her release on her own recognizance. When this twice-postponed hearing finally occurs, Bresha will have spent 175 days in jail awaiting a trial. Few will be paying attention to Bresha’s plight as all eyes and ears turn to D.C. We hope that this is not a metaphor for what’s to come when Trump ascends to power.

Trump’s rhetoric and Cabinet choices make it clear that his administration will be a perilous and even deadly one for many. During his campaign speeches to overwhelmingly white crowds, Trump identified himself as the “law and order candidate,” code commonly used by politicians as a racist appeal to white voters. He regularly characterized poor Black neighborhoods as lawless, “crime-infested” spaces in need of law enforcement intervention. His selection of Jeff Sessions as his attorney general is in line with his racist rhetoric.

On the eve of his inauguration, we think that it’s critical to ask what impact Trump will have on the criminal punishment system—and in particular, on criminalized survivors of violence like Bresha. We must carefully consider how to organize around prison and criminal legal issues in this new context. There will be a scramble to prioritize issues that need our attention and advocacy. It’s important that the experiences of criminalized survivors of domestic and sexual violence not be lost in the shuffle.

According to the ACLU, nearly 60 percent of people in women’s prisons nationwide, and as many as 94 percent of some women’s prison populations, have a history of physical or sexual abuse before being incarcerated. These numbers are high because survivors are systematically punished for taking action to protect themselves and their children while living in unstable and dangerous conditions of violence. Survivors are criminalized for self-defense, failing to control abusers’ violence, migration, removing children from abusive people, being coerced into criminalized activity, and securing resources needed to live day to day while suffering economic abuse.

On January 27, Marissa Alexander, a black mother and domestic violence survivor who was imprisoned for saving her own life by firing a warning shot to protect herself from her abusive husband, will finally be released from house arrest. It’s fitting that these milestones in Bresha’s and Marissa’s cases are within a week of each other and overlap with the inauguration of Donald Trump, who has made it clear that his administration will be hostile to many marginalized populations, including women.

Domestic violence is a crucial part of Bresha’s and Marissa’s paths to criminalization. This is important because both cases represent a challenge to feminist anti-violence efforts that have become intertwined with the criminal punishment apparatus through advocating for pro-criminalization policies that endanger survivors (such as mandatory arrest laws), establishing uncritical partnerships with police and prosecutors (even as people across the country organize against police violence), and failing to advocate and organize for survivors targeted for prosecution. Will organizations that address gender-based violence re-evaluate their relationships with an empowered police state under Trump?

The cases of Bresha, Marissa and other criminalized survivors demand that our critiques of prisons, jails and detention centers reflect a comprehensive understanding of the ways in which gender violence, racism, homelessness, lack of healthcare, disability and poverty have fueled the rise of our prison nation. During the Obama era, we have seen an increase in critiques of prisons and policing, but those critiques often rely on an exceptionalist narrative that argues for the release of prisoners who are deemed most deserving of freedom, such as “non-violent drug offenders.” It will be even more tempting for some advocates and organizers, in trying to curry favor with this new Trump administration, to shy away from discussions about the need to free people who have been convicted of violent offenses. This would be a mistake if we are serious about advancing a program of decarceration and about pushing for an end to profoundly violent systems of punishment.

Organizing campaigns that might only focus on non-violent offenses would also necessarily exclude people like Bresha and Marissa. This strategy presumes that people who are convicted of a “violent crime” do not deserve to be free, in which case survivors like Bresha and Marissa who are criminalized for self-defense will be abandoned. An exceptionalist framework is also presumed to be the most pragmatic approach for reform, but freeing only “non-violent offenders” is in no way pragmatic for Bresha and Marissa, among others. Exceptionalist arguments also entrench, rather than weaken, systems of punishment because they reinforce the legitimacy of prisons for everyone else. As we organize to end mass criminalization, the focus of our analyses and messaging should not be on who “deserves” freedom, but on the destructive social conditions that rely on punishment, scarcity and control to give rise to a prison nation.

The defense campaigns that we have co-founded and supported over the years have insisted that prisons are fundamentally violent, not just for some, but for all. Our organizing strategies must be bolder than the institutions that we are challenging. It will be tempting for some on the Left to demand less during the Trump era. It will be seductive to curtail our visions of freedom to secure crumbs. We say that now, as ever, is the time to be fearless, visionary and demand what we actually want, not just what we think we can achieve in a context of state repression and violence.

On Thursday, January 19, we invite everyone to join a National Day of Action to #FreeBresha. This day of action will be followed by a week of attention to other criminalized survivors, including Ny Nourn, Rasmea Odeh, Alisha Walker, Ky Peterson, Tondalao Hall, Kelly Ann Savage and Marissa Alexander. For more information, please visit freebresha.com and survivedandpunished.org.

Alisa Bierria is the Associate Director of the Center for Race and Gender at UC Berkeley and a member of Survived & Punished and the Free Marissa Now Mobilization Campaign. She is also co-editor of Community Accountability: Emerging Movements to Transform Violence, a special issue of Social Justice: A Journal of Crime, Conflict, and World Order. Mariame Kaba is the founder of Project NIA, a grassroots organization with a vision to end youth incarceration and a member of Survived & Punished and the #FreeBresha Campaign. Her work focuses on ending violence, dismantling the prison industrial complex, and supporting youth leadership development.