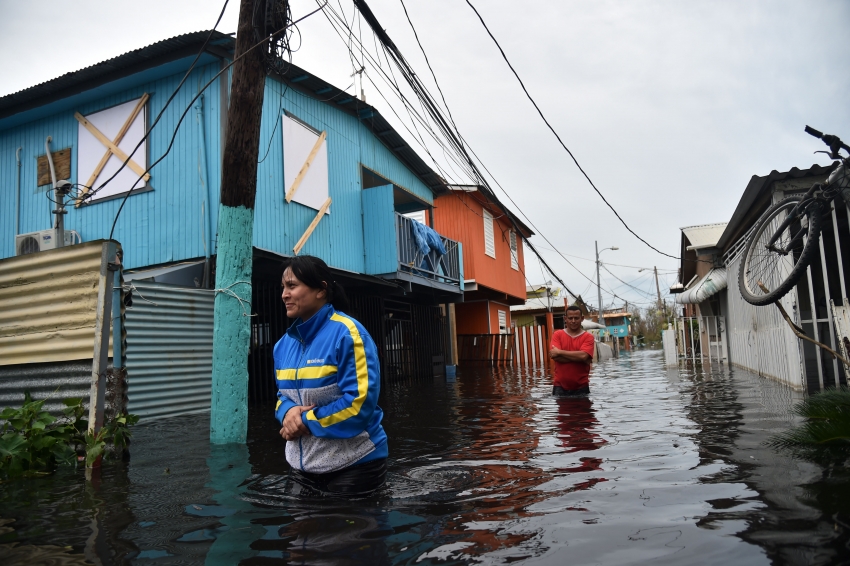 Following public outrage, the company’s power contract in Puerto Rico was canceled. But the company still reveals a great deal about the banal evils of capitalism.

Most evil under capitalism is banal, and if you’re angry with Whitefish there’s a strong chance you might also not be too happy about the behavior of their quieter capitalist colleagues.

In the interest of full disclosure, I am borrowing heavily from an excellent piece written in these pages last year by Hoosier Action organizer Jesse Myerson, “Repulsed by Pharma-Bro Martin Shkreli? Maybe You Also Hate Capitalism.” The cribbing is for good reason. Whitefish Energy is to disaster capitalism as Martin Shkreli is to America’s for-profit healthcare system: the most obviously bad actors in industries that are full of bad actors by design.

As Myerson wrote, “Satisfying though it might be to adorn his face with a black eye … there are more worthy objects of our loathing. All of Shkreli's appalling antics and characteristics are in fact emblematic of the real villain: capitalism. Shkreli is capitalism embodied, and if you hate him, you’d do well to take up hating capitalism with at least equal fervor.”

The same goes for the eminently punchable team at Whitefish Energy. The Montana-based company’s two-person leadership did not, of course, purchase the only existing copy of the Wu Tang Clan’s Once Upon A Time In Shaolin “to keep it from the people,” as Shkreli did. They did enter into a $300 million contract with the Puerto Rico Electric Power Authority (PREPA) to perform work that they are grossly unqualified to do, on a scale that dwarfs any of the contracts they’ve had thus far. Whitefish’s social media arm also got in a public spat with San Juan mayor Carmen Yulín Cruz, at one point writing, “We’ve got 44 linemen rebuilding power lines in your city & 40 more men just arrived. Do you want us to send them back or keep working?”

Whitefish Energy’s contract, since severed under mounting public pressure, stated that “In no event that PREPA, the Government of Puerto Rico, the FEMA Administrator, the Comptroller General of the United States, or any of their authorized representatives have the right to audit or review the cost and profit elements of the labor rates specified herein.” In other words, Whitefish wanted as few people looking into what they were doing as possible—a term PREPA’s top brass accepted.

All this is especially frustrating since, in choosing Whitefish, PREPA leadership—themselves notoriously corrupt—actively chose to forego mutual aid assistance from utilities on the U.S. mainland, a standard practice in disaster relief scenarios facilitated by the American Public Power Association.

In short, the Whitefish team are greedy human trash. But Whitefish’s capacity to be so publicly slimy may be the most unique thing about them; oodles of private contractors are also swarming Puerto Rico and other places devastated by recent hurricanes in the hopes of making a profit off of human suffering. Wall Street banks were ahead of the curve on this front, swooping in when the island’s bonds ratings were downgraded a few years back to offer quick cash by engineering new and potentially illegal forms of debt. As a recent In These Times investigation found, much of that debt is now held by U.S.-based hedge and mutual funds.

A slew of other contracts have been handed out by PREPA and by federal agencies charged with grid reconstruction post-Maria—to much less fanfare. Take Cobra Acquisitions LLP, a wholly-owned subsidiary of Mammoth Energy, an extractive services company that entered the utility market recently because they saw the potential for it to grow their bottom line. PREPA gave them $15 million up front and an up-to-$200-million contract negotiated by FEMA, presumably because the utility will be paid at least in part with funds allocated to the agency via the Stafford Act. While Mammoth has said that Cobra’s senior management team has an “average of 26 years of experience” with electric utilities, there’s no clear, publicly-available information as to either who that leadership is or what their experience with utilities has consisted of. The company was founded in 2017 when Mammoth acquired two other small utility companies for $8 million.

Democratic and Republican lawmakers alike are now demanding there be an investigation into how the Whitefish deal came about—the non-investigation clause in particular. How exactly Congress can go about investigating a contract between PREPA and Whitefish remains unclear, since the contract itself wasn’t negotiated by a U.S. federal agency.

The impulse toward accountability in such contracts is a good sign. But will the same lawmakers also demand an investigation into every other unqualified vulture eager to pick at the bones of the Puerto Rican economy?

Ironically, the Whitefish scandal could prime the pump to privatize PREPA entirely, a long-sought goal of corporate-friendly interests on the island. The federally-appointed fiscal oversight board that oversees Puerto Rico’s government recently announced that it would move to install a Flint-style emergency manager to oversee the utility with an eye toward selling off large chunks of it. Included in their official reasoning for the decision was PREPA’s contract with Whitefish.

Most evil under capitalism is banal, and if you’re angry with Whitefish there’s a strong chance you might also not be too happy about the behavior of their quieter capitalist colleagues. “The trouble with Eichmann,” Hannah Arendt wrote in her report on the Nazi soldier’s war crimes trial, “was precisely that so many were like him, and that the many were neither perverted nor sadistic, that they were, and still are, terribly and terrifyingly normal.” The same can be said of capitalism, whose agents don’t have to be monster to carry out monstrous acts.

There’s a general moral sickness to this that’s all-too-common, particularly when corporations and right-wing governments decide to profit off of disasters—financial, ecological or otherwise. Take the case of Jeffrey Chiesa, the lawyer appointed by his friend and ally Chris Christie, New Jersey’s governor, to put Atlantic City’s indebted fiscal house in order. In a set-up not entirely dissimilar to the one Puerto Rico is dealing with now—under its Fiscal Oversight Board—Chiesa has broad authority to do things like break union contracts, sell off public assets and override local democracy—all at a handsome profit to him personally. As of this spring, his law firm had billed New Jersey $1.2 million for less than half a year of work, with his partners charging as much as $350 an hour.

Chiesa keeps a low profile. When history does hand us a monster, though—a Martin Shkreli or a Whitefish Energy—it’s worth pointing out that their drive to prioritize profit above all else and take advantage of people living through life-threatening situations isn’t an outlier. The monsters are just making capitalism’s day-to-day graft more obvious.