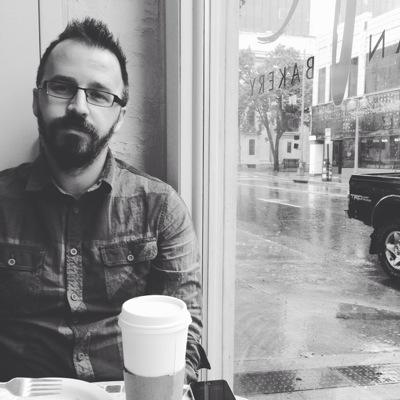 The Breitbart-Fueled War on Leftist Academics

Perhaps most troubling, this academic climate is a bellwether for broader society.

In the era of Trump, college campuses have increasingly become targets of far-right campaigns to defame and oust leftist academics. Radical, anti-racist Drexel University professor George Ciccariello-Maher now appears to be the latest scholar whose career has been jeopardized by this trend, after he was placed on administrative leave earlier this month.

The Drexel administration took the punitive action against Ciccariello-Maher following a tweet in which he blamed the “white supremacist patriarchy” for the October 1 Las Vegas shooting. The tweet and subsequent thread assert that white male entitlement, which Ciccariello-Maher referred to as “double entitlement” in an op-ed published after the incident, leads to much of the white violence in U.S. society.

“To be both white and male is to be subject to a potent cocktail of entitlement to economic and political power, and to dominate nonwhite and female bodies,” he wrote. “When that entitlement is frustrated, it can lead to what the criminologist Mike King calls ‘aggrieved whiteness,’ an ambient furor based on the idea that white Americans have become oppressed victims of politically correct multiculturalism.”

As Ciccariello-Maher’s tweets on this topic began to go viral, they were flung into the greater conservative-sphere by Breitbart News, whose executive chairman Stephen Bannon formerly served as a White House chief strategist. With Breitbart leading the charge, the tweets began to make rounds on several smaller news sites before being catapulted into the mainstream by Fox News. By the time the tweets made it this far, Ciccariello-Maher’s original intentions had been obfuscated and erased, and he’d received numerous death threats and hateful messages over email and Twitter.

Ciccariello-Maher told In These Times that this is not the first time the far Right has targeted him for his remarks on social media.

“Beginning in December of 2016, I really came into the crosshairs of the far Right and the twitter-sphere after I tweeted mocking the white supremacist ‘white genocide’ myth,” Ciccariello-Maher told In These Times. Then too, Breitbart had a hand in driving the blowback.

According to Ciccariello-Maher, everything he has tweeted since then has been scrutinized and taken out of context by right-wing trolls. He says his university administration, rather than come to his defense, appeared to be swayed by online campaigns against him. “Following multiple controversies with anti-racist, anti-fascist tweets I made, it became clear that I was under investigation by my university for my tweets,” he said. “Interestingly, the university will not say that I am being judged by the content of those tweets. They don’t want to say they’re judging my extramural speech, which is protected under academic freedom law. They say they’re judging the effects of those tweets.”

“There is simply no question that under the First Amendment, Ciccariello-Maher’s speech is protected. That being said, Drexel is a private institution not bound by the First Amendment. However, when a school promises free expression, as Drexel has done, it must follow through on that promise and be guided by the principles behind our nation’s First Amendment jurisprudence. Instead, Drexel is directly contradicting those promises by continuing to investigate him,” states FIRE.

Drexel University did not immediately respond to a request for comment.

There is reason to be concerned that right-wing internet trolls are exerting influence on major U.S. institutions, especially universities. Many Scholars  are facing pushback from their universities, including private investigations and suspension from campuses, as a result of right-wing online campaigns against them.

Last May, Princeton professor and author Keeanga-Yamahtta Taylor was forced to cancel part of her book tour following violent, threatening tweets, emails, and phone calls she received after criticizing Trump at a commencement speech. Also in May, professor Tommy Curry of Texas A&M began receiving threats and targeted harassment in response to comments he made on violence and the movie “Django Unchained” in 2012, causing his university to publicly distance itself from him. In the cases of professors Bret Weinstein and Johnny Eric Williams of Evergreen State College and Trinity College, respectively, the two universities had to completely close down for a day within the same month following right-wing threats against them. Kevin Allred was fired by Montclair State University as the result of right-wing troll campaigns.

Hans-Joerg Tiede, senior program officer at The American Associations of University Professors (AAUP), stated in June that the organization is “definitely concerned” about the rising threat to leftist professors on campuses, noting several cases in the past year where some form of censorship  or infringement on academic freedom took place against professors who transgressed against white supremacy.

In a joint statement issued in September, the AAUP, American Federation of Teachers and Association of American Colleges and Universities  referred to this trend as “disturbing.” They stated: “While colleges and universities must make efforts to provide learning environments that are welcoming, diverse, and safe for all members of the university community and their guests, these efforts cannot and need not come at the expense of the right to free expression of all on campus and the academic freedom of the faculty.”

Meanwhile, Ciccariello-Maher is not only being attacked from the Right. Several self-proclaimed progressives have condemned him on social media for his position that fascism should not be given a platform. Ciccariello-Maher believes a recent Intercept article by Zaid Jilani titled “Left-wing Drexel professor who opposes free speech has his curtailed,” misrepresents Ciccariello-Maher’s anti-fascist positions as a carte-blanche rejection of free speech.

Yet Ciccariello-Maher told In These Times that he has never stated he is against free speech. “Look, I’m not against free speech at all. I’m against free-speech absolutism: the idea that all speech and the effects of all speech is equal,” he said. “Speech that is rooted in hate against marginalized people, white supremacist speech, must come with limitations, and must not be equated to the speech of radical anti-racists.”

“What has happened to me is not being framed as free speech by my university, it had nothing to do with my speech; it was about my security and the security of the university being threatened by these online white supremacist trolls,” he continued.

Academia’s treatment of Ciccariello-Maher contrasts sharply with the treatment of Richard Spencer—an overtly racist white nationalist. In a recent talk given at the University of Florida, security for Spencer reportedly cost more than $500,00, which comes from the public funds of taxpayers and the University of Florida. Spencer, under his National Policy Institute, paid $10,000 to rent space on the University of Florida’s campus. The university originally denied his request to rent the space, citing security concerns. However, after Spencer threatened to sue the school, UF conceded. Richard Spencer, who is a white-supremacist provocateur, advocated for the creation of white-nationalist ethno-state and the combatting of “multiculturalism” with a strong embrace of white identity.

In contrast, Ciccariello-Maher—a professor paid by the university to teach on subject of anti-racism and anti-sexism—is facing censorship and suspension for Drexel’s campus for mere tweets that rest on decades of academically sound research. Ciccariello-Maher’s life has been derailed, as he now has to teach his classes online. He says his entire career has been temporarily halted.

Perhaps most troubling, this academic climate is a bellwether for broader society. What we can observe throughout history, as late Italian theorist Umberto Eco notes in his fourteen characteristics of fascism, is that waves of anti-intellectualism typically precede and foster fascism’s rise. The escalating assault of leftist professors and public intellectuals in general should be seen as an attack on intellectualism as a whole.

“The far Right sees universities as a target, both because of what we represent as a space for intellectual discussion, and as an opportunity for far right speakers to use this free speech argument to gain control and presence on campuses,” says Ciccariello-Maher. “Despite all of the limitations of the neoliberal university and all of its limitations we critique, it is a small space where many students come out radicalized and against white supremacy.”

Since Ciccariello-Maher was suspended from campus and placed on administrative leave, Drexel students have mobilized to support him, stating in an open letter: “[W]e refuse to yield any ground to those who threaten our education. We want to be back in a classroom with Prof. Ciccariello-Maher.” The students argue that both their right to education as students and the academic freedom of their professor have been infringed upon by Drexel’s bending to white supremacists. The students have held sit-ins in the classroom where Ciccariello-Maher, and are asking supporters to send emails to the Drexel University’s president, vice president, and provost.

“What did Drexel do in the face of these threats from the alt-right? They placed our professor on forced administrative leave and banned him from campus,” the students’ open letter states. “Drexel’s decision has done nothing but empower hate speech and must be immediately reversed.”

Devyn Springer is an an artist, writer, editor, and activist who studies the African Diaspora and Art History, focusing on hip-hop, race, pop culture, and capitalism. Springer's writing and photography have been featured on several platforms, including Afropunk, Mondoweiss, Philadelphia Printworks, NEW INC, ThinkProgress, OffThaRecord, EqualityForHer, The Vocal and Shadowproof.