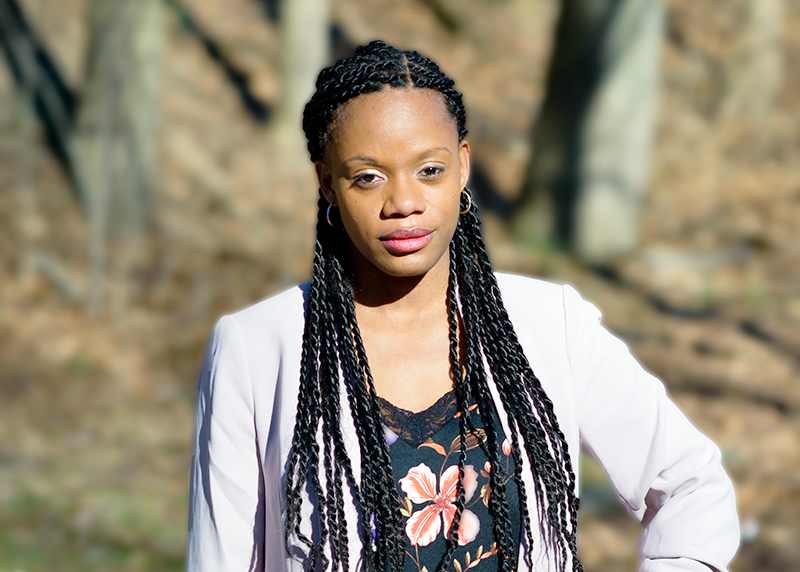 Democratic socialist Summer Lee won election to the Pennsylvania statehouse running on a campaign of economic and racial justice. (Lee for PA)

On Tuesday, insurgent challengers beat out their opponents in races across the country by running on bold left platforms.

Far from being isolated events, these victories are emblematic of a vast left electoral insurgency that has been sweeping the country since the 2016 presidential election.

If members of the Democratic Party establishment weren’t already worried, after Tuesday night, they should be. In primaries across the country, at least eight candidates running on explicitly progressive platforms won out, including open socialists and political newcomers who took out longtime incumbents.

These victories are proof that the recent successes of left challengers are no fluke. Rather, the wins show that voters who are tired of the type of milquetoast, means-tested policies pushed by centrist Democrats are willing to embrace candidates running on bold, redistributive policies. And far from being too far left to win, these candidates have the political winds at their backs.

In the Pittsburgh area, two members of the Democratic Socialists of America (DSA), Summer Lee and Sara Innamorato, won hotly contested races for the Pennsylvania statehouse. Lee and Innamorato, running in Districts 34 and 21, both won out against incumbent Democrats—Reps. Paul Costa and Dom Costa. (Full disclosure: The author is a DSA member but did not work on any of these campaigns.)

The Costas are cousins and members of a powerful political family in the region, and have been representing their districts for many election cycles. Their defeat reveals profound changes in the political landscape over recent years, as well as the growing power of the movement to elect challengers like Lee and Innamorato.

That movement was powered in large part of by the DSA, which endorsed both Lee and Innamorato—each first-time candidates—and helped organize large-scale volunteer efforts to support their campaigns.

Lee, running against Paul Costa, centered her campaign around policies that would protect low-income residents in her district, many of them people of color. In addition to supporting universal healthcare, free public education, and a $15 minimum wage, Lee also put her weight behind revitalizing blighted neighborhoods, stemming the tide of mass incarceration and protecting long-term residents from being pushed out by the forces of gentrification—forces she claims Costa helped to propel.

At her victory party on Tuesday night, Lee eagerly summed up the spirit of political transformation that fueled her campaign: “If your politicians are not serving you, get rid of them.” As she faces no Republican opponent in the fall, Lee is poised to become the first African-American woman to represent Western Pennsylvania at the state level.

Innamorato was similarly buoyant following her win, telling supporters: “We accomplished the impossible.” Her opponent Dom Costa was widely considered one of the most conservative Democrats in the state legislature, and even asked Republican voters in the district to write in his name on their ballots.

Where Costa had previously backed restrictive bills around immigration and reproductive rights, Innamorato voiced support for a swath of progressive policies around these and other issues critical to Pittsburgh area voters. She also faces no GOP opponent, and is assured victory in November. Both Lee and Innamorato trounced their opponents, winning with over 60 percent of the vote.

In a statement, Pittsburgh DSA co-chair Adam Shuck writes that “These wins indicate that a renewed, vibrant left in America is not an aberration, but instead that working people are ready for real change, progressive policies and a society that works for all of us, not a select few.”

In the Philadelphia region, Elizabeth Fiedler and Kristin Seale won their primaries for the statehouse in Districts 184 and 168. Fiedler and Seale were also both endorsed by the DSA, and their victories marked a sweep for the socialist organization in Pennsylvania, where all four of their endorsed candidates—all women—won out over male opponents.

Since Sen. Bernie Sanders’ 2016 presidential run, the DSA has stepped up its electoral operations and has recently scored a number of high-profile victories, including Lee Carter’s election to the Virginia House of Delegates and Seema Singh-Perez’s election to the Knoxville City Council. Last year alone, 21 candidates endorsed by the DSA, many of them members themselves, won elections across the country. Tuesday’s Pennsylvania sweep adds to this wave.

Also in the Pittsburgh area, Braddock mayor and outspoken progressive John Fetterman—who had been endorsed by Sanders—won an upset victory over incumbent Mike Stack in his race for Lieutenant Governor, meaning he will run alongside Gov. Tom Wolf in November.

In Lancaster County, progressive candidate Jess King—also endorsed by Sanders—easily won her primary after her opponent Christina Hartman dropped out of the race to run in a different district (which she then failed to qualify for). King will face incumbent Republican Rep. Lloyd Smucker in November.

And Tuesday’s progressive victories are not confined to Pennsylvania. In Nebraska, Kara Eastman won a shocking victory over former Rep. Brad Ashford in the Democratic House primary.

Eastman set herself apart from Ashford, a moderate “Blue Dog” Democrat who had the backing of the Democratic Congressional Campaign Committee (DCCC), by running on a broad left agenda including Medicare for all—a policy that is becoming increasingly mainstream in Democratic Party politics but which many moderates remain unwilling to support. Ashford had been widely expected to prevail, and his loss comes as a blow to centrist forces in the Democratic Party who had hoped to run the one-time Republican in the fall.

Eastman had the backing from a number of national progressive groups including the Justice Democrats and the Progressive Change Campaign Committee (PCCC).

Following the victory, PCCC co-founder Stephanie Taylor said in a statement: “Kara Eastman taught the Democratic establishment a lesson: The way to inspire voters in 2018 is to campaign on a bold progressive agenda of Medicare for All, higher wages for workers, and other economic populist ideas that help working families and challenge corporate power.”

In Idaho, Native American state legislator Paulette Jordan won the Democratic nomination in the state’s gubernatorial race, beating out businessman A.J. Balukoff, who had been the party’s nominee in 2014. Jordan ran on such progressive policies as enacting universal healthcare, fighting climate change and raising the minimum wage. She will face Republican Lt. Gov. Brad Little in November, and if she wins she will become the first Native American governor in U.S. history.

Far from being isolated events, these victories are emblematic of a vast left electoral insurgency that has been sweeping the country since the 2016 presidential election. While Democratic Party insiders have mounted campaigns to keep out progressive challengers—most visibly in the rejection of Rep. Keith Ellison as DNC chair—voters continue to elevate candidates running on resolute left platforms.

Rather than shying away from the types of policies that would upend the status quo and challenge the corporate interests that dominate both major parties, these candidates are embracing them. And they are willing to take on entrenched powers within the Democratic Party in the process.

At a time when voters are seeking an alternative to President Trump and his GOP cabal, as well as the types of policies that have led to wage stagnation, rising healthcare costs, mass incarceration and climate devastation, Tuesday’s victories point a way forward.

As DSA’s National Electoral Committee co-chair Tascha Van Auken says of the election results: “A political revolution is coming, and establishment politicians can get on board or be swept away.”