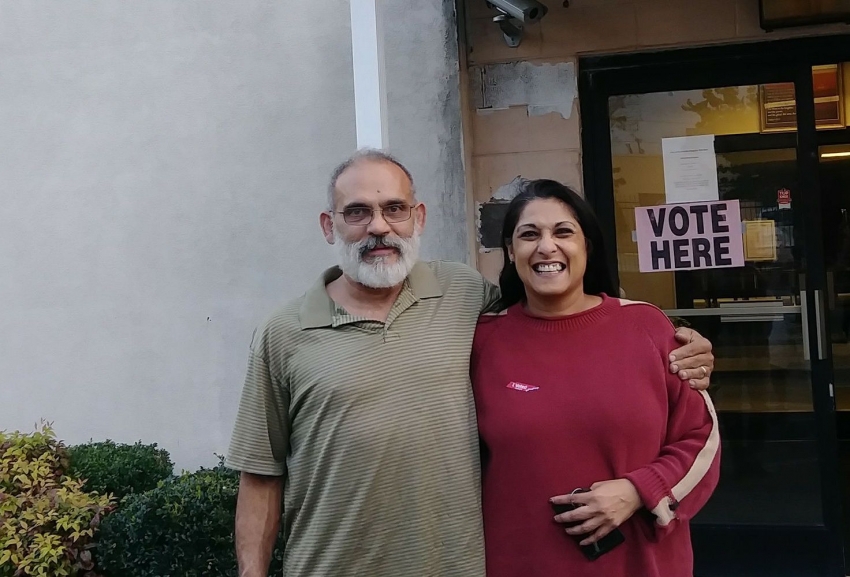 Socialists Just Showed the Democratic Party How to Win Across the U.S.

Tuesday night’s progressive electoral wave is proof that embracing a bold left agenda is the key to victory.

These victories are not anomalies or flukes. Rather, they prove that embracing an explicitly socialist politics does not prevent candidates from winning in 2017.

One year ago, a wave of disbelief, gloom and rage washed across the country. A vile orange manifestation of America’s darkest id had won the presidency, Republicans held control of all three branches of government, and new nightmares awaited.

Trump is still president, the GOP still has the House and Senate, and every day we witness new threats to the environment, the social safety net and—with an incoherent man-child’s hands on the nuclear football—the very future of humanity.

But last night we saw a very different kind of wave, one that moves us towards a politics that rejects the horrors of Trumpism—and instead embraces a bold progressive vision for the future. Across the country, candidates running from the Left won—and many of them won big.

Larry Krasner, a civil-rights attorney who has represented activists from Black Lives Matter and Occupy Wall Street, was elected as Philadelphia’s new District Attorney in a 40-point blowout. Krasner ran on a platform of stopping mass incarceration, ending bail and civil asset forfeiture and explicitly renouncing Trump. Following his victory, he told Business Insider, “I think the Democratic Party should be madly wrapping its loving arms around progressives.”

Maine voters overwhelmingly chose to expand Medicaid in a historic referendum that will provide health coverage to tens of thousands of residents who don’t currently have it—a clear repudiation of Republicans’ attempts to gut the program through their effort to repeal Obamacare. The referendum was supported by Our Revolution, the group that grew out of Bernie Sanders’ presidential campaign and saw at least 21 of its endorsed candidates win this election cycle.

Perez is a prime example of the new type of candidate blazing an electoral path for the Left in the era of Trump. After protesting the DNC for its bias against Bernie Sanders in the 2016 Democratic primary, she chose to run for office for the first time this year, coming from a background in social work and healthcare—not politics. She’s also an open socialist who won the endorsement of the Democratic Socialists of America (DSA), a group that has seen massive growth since Trump’s election, ballooning from 6,500 members in May 2016 to more than 30,000 today (the author is a member).

Perez joins 14 other DSA-endorsed candidates who won their elections yesterday. One of them, Lee Carter, defeated Virginia GOP House of Delegates Majority Whip Jackson Miller, one of the most powerful Republicans in the state, by running on a pledge to win single-payer healthcare and take big money out of the political system. After facing a campaign of red baiting, including a flier comparing him to Joseph Stalin and Mao Zedong, Carter scored an upset victory—even with little backing from the state’s Democratic Party.

Socialists saw other big gains in Somerville, Mass., where two DSA members—Ben Ewen-Campen and J.T. Scott—won seats on the Board of Aldermen after beating incumbents. Overall, all seven candidates endorsed by Our Revolution, including Ewen-Campen and Scott, won in that city’s elections.

These victories are not anomalies or flukes. Rather, they prove that embracing an explicitly socialist politics does not prevent candidates from winning in 2017. If anything, the socialist tag can show voters where candidates stand and what their values are. As Lee Carter explained to The New Republic, “If you’re to the left of Barry Goldwater, Republicans are going to call you a socialist anyway, so you may as well just own the label.”

As the Democratic National Committee (DNC) purges a number of Bernie Sanders-aligned members from leadership, and longtime Democratic operatives scold the party for straying too far from the ever rightward-moving “center,” Tuesday’s election results show that the Democrats’ problem isn’t a shift to the Left: It’s the party’s refusal to change.

A newly released poll shows that, nationally, the Democratic Party has hit its lowest point in favorable views in 25 years. Democrats have reason to be relieved after avoiding a potentially dispiriting loss in the Virginia governor’s race, while also coming out on top in New Jersey with Phil Murphy’s gubernatorial victory and Bill de Blasio’s re-election as mayor of New York City. However, this poll is a reminder that the party has a long way to go to work back from its lowest level of power since the 1920s.

And despite many establishment pundits’ obsession with spotlighting a supposed class versus identity politics divide in the Democratic Party, the election results also showed that progressives from all backgrounds can win.

Black Democrat Justin Fairfax won his race for Lieutenant Governor in Virginia in a showdown with a Trump-like Republican opponent who exclaimed at a rally, “We are going to take back Virginia the way this president is going to take back this country!” Virginia also elected the first openly transgender woman to its state legislature, Danica Roem. And in Charlotte, N.C., Democrat Vi Lyles overcame a smear campaign to become the city’s first woman of color mayor.

Since last year’s election, some things have remained unchanged in the political landscape. The Republican Party has still thrown their lot in with an imbecile president posing as a populist. And the Democrats, in many ways, are still coming to terms with the meaning of the party’s loss and trying to chart a new way forward.

Tuesday was the clearest signal yet of what the Democratic Party must do if it hopes to build from the energy and activism that has blossomed in response to Trump’s election: Run candidates with bold left agendas. Support them. Don’t be afraid of the S-word. And leave Third Way centrism in its tomb.

The path to victory is being charted. The choice of whether to follow it is up to the Democrats now.