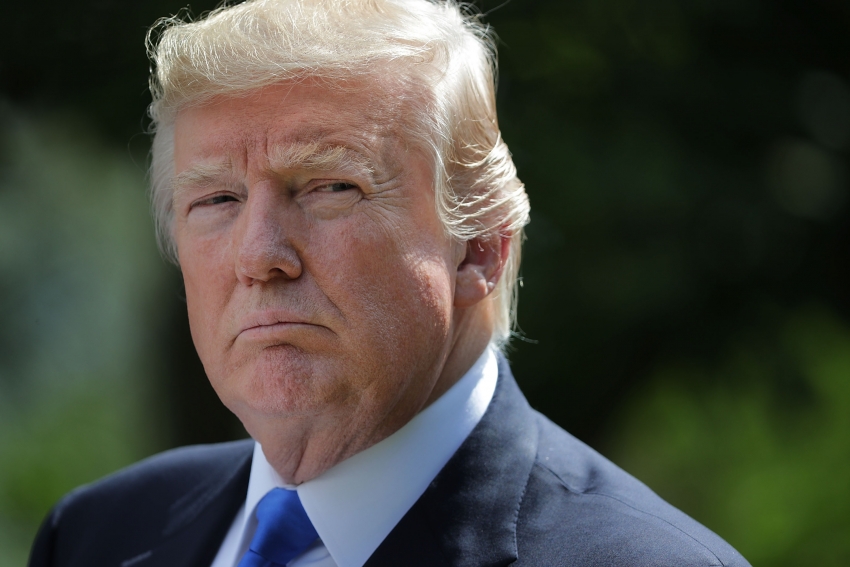 In May, Trump ended Temporary Protected Status for about 57,000 Hondurans living in the United States. They’re still dealing with the uncertainty.

"So, now what happens if they're forced to go back to Honduras?"

Families are reeling as they try to figure out how to navigate the Trump administration’s decision in May to end Temporary Protected Status (TPS) for about 57,000 Hondurans in the United States. Ending TPS is just another one of the Trump administration’s hardline immigration policies that include the travel ban, ending DACA and the harsh crackdown on families attempting to enter the United States without authorization.

“[T]he Secretary determined that the disruption of living conditions in Honduras from Hurricane Mitch that served as the basis for its TPS designation has decreased to a degree that it should no longer be regarded as substantial,” said Kirstjen M. Nielsen, secretary of the Department of Homeland Security (DHS), in a statement published May 4. “Thus, as required under the applicable statute, the current TPS designation must be terminated.”

TPS is a form of humanitarian relief for people who cannot stay in their country of origin due to difficult or dangerous conditions. Amy Shannon, senior advisor for Alianza Americas, says the largest number of people with this status are from El Salvador, Haiti and Honduras. Overseen by the Department of Homeland Security (DHS), the program has also granted protected status to people from Nepal, Nicaragua, Somalia, Sudan, South Sudan, Syria and Yemen. TPS is granted in six- to 18-month intervals and can be renewed for as long as DHS deems the designation necessary.

In order to qualify for TPS, an applicant must pass a background check and pay a processing fee when they first apply for the programand every time their status is renewed. They also must live in the United States at the time of their country’s designation, which means that people with TPS are immigrants who were already in the United States. They might be people who overstayed a visa, were undocumented or held some other form of temporary immigration status.

“Now, temporary protected status has the word temporary right in it. One would have assumed that over time Congress might have come up with a solution for these folks who've invested so much in our country to become permanent,” Shannon says. “But for the last 20 years they haven't done that. So, these are people who have been here working with a work permit and full authorization. They have children, they have businesses, they have mortgages.”

Eddie Monroy, 27, is the child of Honduran immigrants who formerly had TPS protections. His parents did not know each other when they left their native Honduras nearly 30 years ago to build a better life in the United States. They met in New York’s Hudson Valley, got married and eventually were able to receive TPS. He says he was heartbroken to learn that his parents’ protective status was ending, but he says he’s not surprised the Trump administration would do this.

“My parents for a very long time have been living in this, what I call limbo status. There's always been a moment essentially every 18 months, every time TPS would be renewed, where you would go and we would take a deep breath,” Monroy says. “Up until this administration, we would always release that breath going, ‘Okay, we have another 18 months.’ And that is just the reality that we have always faced as a family.”

After they were married, Monroy’s parents had two children. His mother has worked as a shift supervisor at the same company for the past 25 years while his father has worked with various family-owned construction companies in the New England area. Monroy says his parents worked hard to give their children the opportunity to attend private school through 8th grade and secure their enrollment in a top-tier high school.

Monroy earned his MBA from the State University of New York and his sister was pursuing a PhD in child psychology. She was killed by a drunk driver during the summer of 2017, and while the family grieves her loss they are now also dealing with the uncertainty of TPS being canceled.

If Monroy’s parents end up having to leave the United States, they will be returning to a country that will be unfamiliar to them—and they’ll have to start their lives again while near the end of their respective careers. Monroy says he’s been helping his mom navigate the process of figuring out how her 401K will be paid out once TPS ends for her because her employer has never dealt with this kind of situation before.

“So, now what happens if they're forced to go back to Honduras? There's no healthcare anymore. And my mom is always doing this preventative care. She's going every six months to the dentist. She's getting alignment at the chiropractor. She's doing her breast exams for potential screening for breast cancer,” Monroy says. “She's doing everything that she can with the opportunity that she has here and what happens if that's just wiped away?”

For others, returning to their country of origin means potentially risking their personal safety while also being denied federal retirement benefits people with TPS were allowed to pay into.

Yanira Arias is a community advocate and national campaigns manager with Alianza Americas. Originally from El Salvador, she came to the United States after her work as a journalist in San Salvador subjected her to growing levels of gender-based violence. She fled to New York City and received TPS status in 2001. Since coming to the U.S. she’s focused on working with community-based organizations like Alianza Americas.

“I'm 46 years old. I've been here for 18 years. I have given the United States 18 years of labor,” Arias says. “Eighteen years of contribution via my taxes and social security. I haven't contributed that amount in my country. If I am forced to return, I won't have anything from the social security administration in my country, that allows me to retire with dignity.”

Arias says that in terms of jobs, at her age, she doesn’t think she’ll be able to find a job that will allow her to provide for herself and her parents.

“It's very unreasonable,” she says, “what the Trump administration is asking of people.”