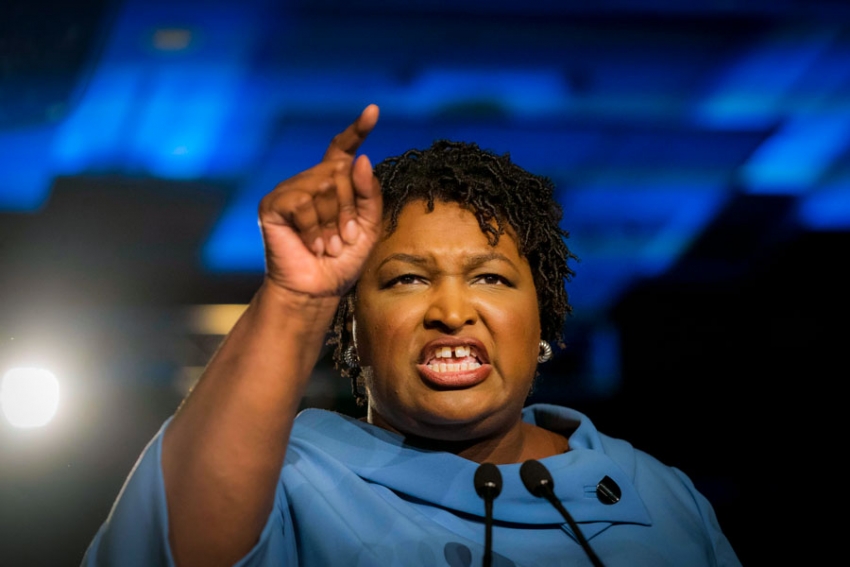 Stacey Abrams’ loss in Georgia could have been prevented.

Voters in Georgia came close to electing Stacey Abrams, who would have been the state’s first Black governor and the first Black woman governor in the nation’s history. Perhaps because Black voters were predicted to turn out in unprecedented numbers, Georgia was a site of blatant voter suppression, complete with missing and uncounted ballots.

Voter suppression is what the powerful do to stay in power. In Georgia, Secretary of State Brian Kemp was also the GOP gubernatorial candidate, creating a Jim Crow-like arrangement in which the person who makes the rules about who gets to participate has a vested interest in excluding some people.

With the fox overseeing the henhouse, the stage was set long before Election Day. Georgia had seen 1.3 million voters purged from the rolls since 2010 and more than 200 polling places, predominantly in poor and working-class communities of color, shut down, forcing many voters to use provisional ballots. Those voters who could get to a polling place were met with long lines and missing equipment. Some election machines in Black precincts lacked power cords. With these tricks, one can see how Kemp eked out an edge of 54,723 votes out of 3,939,328 votes cast.

The problem is not that Black people don’t vote, or don’t vote for progressives. Black voters—especially Black women—are the most consistently progressive voting bloc. Exit polls show 94 percent of Black voters who voted in Georgia’s gubernatorial race did so for Stacey Abrams.

The problem is that the Democratic Party does not serve as a vehicle for Black political power. The Democrats eschew “identity politics,” focusing on issues in ways that use the experiences of white people as the primary lens. That indicates the party is refusing to acknowledge the ways that racial identity shapes our experiences and our life chances. Despite the record 55 Black Democrats elected to the House in the midterms, the Democratic Party as a whole does not adequately reflect the experiences and the dreams of Black people.

For example, the party healthcare messaging focused on preserving Obamacare and its protections for people with pre-existing conditions, as opposed to championing the expansion of Medicaid, which matters to Black voters—particularly in the South, where GOP state legislators refuse to accept federal funding to expand access to healthcare for poor and working-class communities.

Building the power and influence of the Democratic Party alone will not change the material conditions of Black communities. Black voters need to build independent, Black, progressive political power.

To be sure, Black voters are not as radical as Black movement activists. They can be socially conservative on some issues, like immigration reform and same-sex marriage. But large-scale organizing in Black communities can change all that. Right now, the Right has an easy time tapping into Black voters’ dissatisfaction with the Democratic Party. Take Black conservative pundit Candace Owens, a 29-year-old rising star at right-wing youth organization Turning Point USA. Owens recently tweeted:

How many black ‘leaders’ have spent the last two plus years speaking out about unfair sentencing for our men—and yet are DEAD SILENT on the prison reform that @realDonaldTrump just got done for millions? You are all false prophets and idols. Zero respect for any of you fakes.

By and large, however, Black voters are generally progressive and can be moved further to the left—if resources are invested to organize them.

To build independent, progressive Black political power it is important to devise strategies that understand how power operates. For example, Black communities have experienced enormous changes in the past decade, both positive and negative. Gentrification, displacement, redistricting and gerrymandering have decreased Black political power in cities and states. Conversely, the Black Lives Matter movement has revitalized Black communities by working to dismantle institutional racism.

At the Lab, we launched the Black Census Project, an online census in which we ask 200,000 Black people about their political views and involvement. This data will be used to help organize Black communities to help shape policy in cities and states across the nation. In 2018, we trained 100 Black organizers and moved almost three-quarters of a million dollars to Black-led organizations rooted in communities that are typically left out of democracy—including Black people living in rural areas; Black people who identify as lesbian, gay, bisexual, transgender or gender nonconforming; Black people who are migrants; and Black people who are currently or formerly incarcerated. Compared to the Democratic National Committee—which invested less than 1 percent of the $152 million it raised in the 2018 election cycle into hiring community organizers to mobilize Black, Latinx, millennial, Asian and rural voters in 16 states—we invested almost half of our entire organizational budget to investments in Black organizing, Black organizers and Black communities.

We are in the midst of a struggle for power in the United States, and Black voters are at the heart of it. A progressive coalition that can defeat not only Trump, but more importantly, Trumpism can only do so with the active leadership and participation of Black voters. And that depends on the cultivation of Black voters as a valued and valuable part of what democracy must look like.

Alicia Garza is principal at Black Futures Lab and the strategy and partnerships director for National Domestic Workers Alliance.