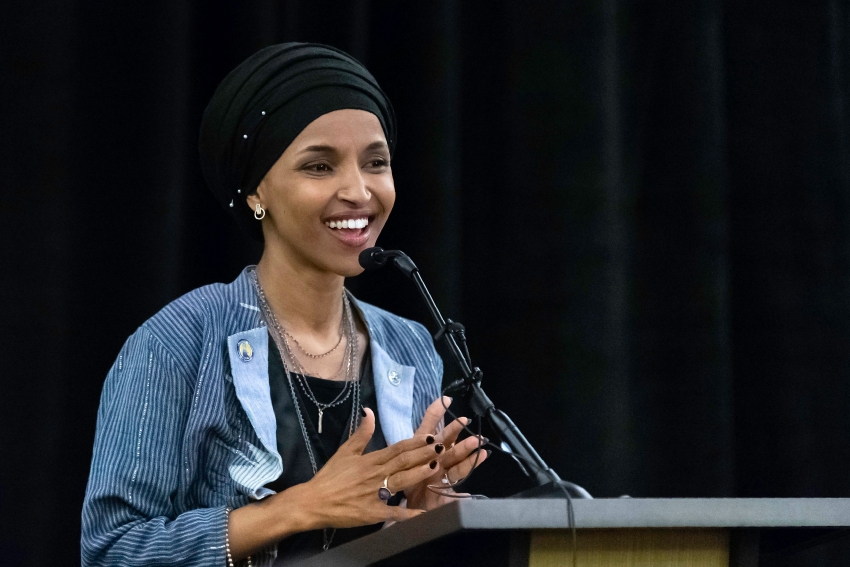 The Democrats Need a Clear Economic Vision. Here’s Where to Start.

The rising left wing of the party is leading the way, and the People’s Budget and Green New Deal show how Democrats can transform the economy.

While costs for healthcare, education and housing continually skyrocket, wages for most workers are going nowhere.

Budgets aren’t sexy and don’t get much airtime on the campaign trail, but the allocation of America’s financial resources is arguably the most important act in politics.  As the newly Democratic-controlled House of Representatives enters office in January, the People’s Budget presents an immediate opportunity for Democrats to support a bold, concrete plan for creating living-wage jobs and rebuilding America’s corroded and unsustainable infrastructure.

But, will Democratic Party leaders embrace this brick-and-mortar economic justice package, which could boost employment and wages for millions while bolstering the nation’s healthcare, education and infrastructure and expanding green jobs to mitigate climate crisis? And, crucially, how will Democrats hash out overlapping agendas in the People’s Budget and the newly ascendant Green New Deal?

If past is prologue, the CPC budget’s chances of passage are slim even with a Democratic plurality—but the plan can help set the agenda for both the incoming Congress and the 2020 presidential campaign. The CPC budget stepped closer to reality in 2017, gaining 108 Democratic votes but still losing to a “no” coalition of 235 Republicans and 79 Democrats. (Democratic minority leader Nancy Pelosi abstained rather than supporting the measure.)

Meanwhile, a resurgent Green New Deal is picking up steam in the House, with 19 members of Congress now backing Rep. Alexandria Ocasio-Cortez’s proposal for a select committee to craft a full Green New Deal plan by 2020. The committee would, according to Ocasio-Cortez’s website, “have authority to develop a detailed national, industrial, economic mobilization plan…for the transition of the United States economy to become carbon neutral and to significantly draw down and capture greenhouse gases from the atmosphere and oceans.”

Both of these measures offer a proactive alternative often lacking on the Left—a brass-tacks vision for generating clean, green living-wage jobs, especially in areas reliant on fossil fuel production to maintain local and regional economies. As these parallel efforts move forward, they offer a unique opportunity for coalition-building around a concrete and urgent agenda. It remains to be seen whether the emerging legislation will be fused together in some fashion, or proposed separately.

While Trump and the Republicans press on with head-burying climate denialism, the People’s Budget provides a forthright reckoning with reality with its mix of green jobs, infrastructure improvements, race and gender employment equity,  and economic redistribution.

When it comes to transformative policy changes, the 2018 People’s Budget would:

As the proposal acknowledges, “Plentiful, dignified jobs are not enough. They must be paired with an agenda that empowers women and communities of color while protecting the planet.” To boost race and gender justice in employment, “job training and local hiring will reflect the racial and gender diversity of the community’s workforce and those seeking employment. Federal procurement will prioritize minority- and women-owned businesses, cooperatives and employee-owned firms, and community-owned and municipal enterprises.”

A Stimulus for the Rest of Us

Some might ask, why push a New Deal-style stimulus when America is sporting an official unemployment rate hovering around 4 percent? For anyone who must work for a living, the answer is clear: Beneath the veneer of official employment numbers lies deep and widespread underemployment and chronically stagnant wages for poor, working- and middle-class people.

While costs for healthcare, education and housing continually skyrocket, wages for most workers are going nowhere. Adjusted for inflation, “today’s average hourly wage has just about the same purchasing power it did in 1978, following a long slide in the 1980s and early 1990s and bumpy, inconsistent growth since then,” according to an analysis by the Pew Research Center.

As CPC executive director Michael Darner explained in an interview, “This political moment is characterized by working families feeling frustrated by stagnant wages and squeezed by costs of education, health care and housing … Because of the structure of the economy, there’s been this break between wages and productivity. The disconnect in the economy between full employment and good jobs, people are working 2 to 3 jobs, and the minimum wage has not kept up.”

Save for the super rich, “to some extent everybody is being impacted” by widening income gaps and stagnant wages that can’t possibly keep pace with out-of-control costs of living. “The sense of economic insecurity, people not being able to save, seems to cover a broad swath of the voting population.”

It’s precisely this breadth of struggle that makes the People’s Budget both necessary and, at least to some degree, viable. In a March 2018 poll of swing districts across the country, significant majorities of likely voters expressed strong support for policies that are part of CPC’s platform. More than two-thirds of these swing voters, 67 percent, support a $2 trillion infrastructure investment; 61 percent support expanding Medicare and social security, with 54 percent endorsing Medicare for All; and 58 percent want to see “wealthy corporations pay their fair share.”

Another key indicator is a survey of 63 incoming Democratic congressional representatives by the Progressive Change Institute. A full 84 percent of these newly elected representatives say they aim to protect social security, 77 percent support ending tax cuts to the rich and 60 percent back an increase in the minimum wage, while 42 percent back Medicare for All and half agree to refuse corporate PAC money.

Since the CPC introduced the first People’s Budget in 2014, support within and beyond the Democratic Party has widened, Darner says. “These policies are popular not only in blue districts, but also purple swing districts. The politics are catching up with the policy…the agenda of the People’s budget has slowly been embraced by the Democratic caucus as a whole.”

If Democrats and progressives are serious about addressing America’s lengthy list of domestic struggles—from healthcare and housing crises to a far more equitable and enriching education system—they must take on military spending, which Trump has bloated considerably. While Democratic leaders are loath to touch defense spending with a 10-foot pole, the People’s Budget begins the process of reining in runaway military waste and excess, auditing the Pentagon, and investing more money in diplomacy. “There’s a tremendous amount of waste, and a lot of money in Cold War weapons that are not needed,” Darner notes.

There’s even a potential sweetener for deficit hawks. The bipartisan and decidedly centrist Committee for a Responsible Federal Budget notes that the CPC plan “calls for large increases in spending but enough new revenue to both offset that spending and put debt on a downward path as a share of the economy,” while reducing debt interest costs by nearly $1 trillion. In contrast, the group found that President Trump’s budget “relies on extremely optimistic and unrealistic economic growth assumptions and numerous budget gimmicks… deficits and debt would likely continue to rise unsustainably under the President’s proposals.”

One matter yet to be resolved is how the People’s Budget and a politically surging Green New Deal will fit together. Although it’s early, there has been little visible effort to bring these two agendas together in coalition. The new members of Congress leading the charge on a Green New Deal have so far made little mention of the People’s Budget, but that could change when budget battles flare up in January. When asked about the Green New Deal, Congressional Progressive Caucus leader Representative Raúl Grijalva (D-AZ), told HuffPost, “The resolution is a wonderful statement of urgency, you’ve got to take this seriously and you’ve only got 10 years to do it…. I don’t have a problem with that. What I have a problem with is the mechanisms of how you’re going to get this done. A select committee? Great. Now what?”

Still, there is plenty of overlap and room for coalition-building, and the concept of a green jobs stimulus underlies both efforts. The CPC “has done a lot of thinking about what a bold green energy agenda looks like,” says Darner. “We have a price on carbon, a $500 billion investment in clean energy… We feel we have a lot of good ideas that go into what a Green New Deal would be. There’s a broad goal to have bold action on a green jobs program in this Congress, and it could take many forms.”