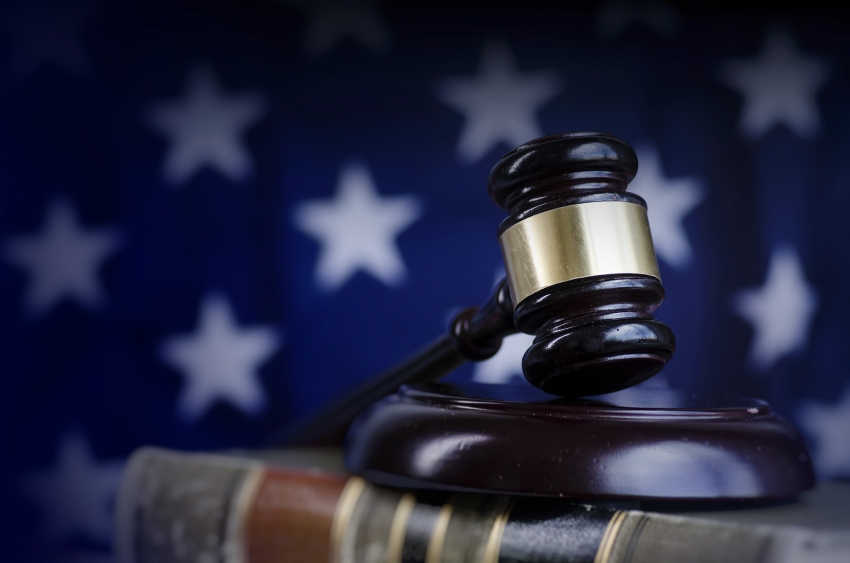 After attending training at the Manne Economics Institute, judges are more likely to issue longer prison sentences and overturn protections for workers and the environment.

After attending the Manne Institute, judges were also found to use the language of economics more often in their decisions.

Conservatives are generally understood to have won the courts. The U.S. Supreme Court has a far-right conservative majority, which is poised to further weaken federal regulatory agencies, civil rights and unions. The Court has moved so far to the right that Chief Justice John Roberts—who has presided over the most pro-corporate Court in recent history—may now be the Court’s new “swing vote.” Similarly, Republican appointees now occupy the majority of seats on the federal courts of appeal, and President Donald Trump has shown no signs of slowing his pace of judicial appointments.

But the raw numbers of conservative versus liberal judges only tell part of the story. The more difficult dimension to quantify is how the massive educational apparatus that conservatives have funded and run for decades—from the Federalist Society network to judicial law clerk and judge training programs—has pushed the judiciary in ever more anti-regulatory, anti-worker and pro-incarceration directions.

Now, a major working paper by three economists—Elliot Ash, Daniel Chen and Suresh Naidu—shows the huge return on just a small part of this educational investment. It shows that a short private training program for judges has directly led to judges issuing longer prison sentences and show a greater propensity to overturn regulations protecting workers and the environment.

Their paper looks at the effect of the Manne Economics Institute for federal judges, a two-to-three-week law and economics training course for federal judges run out of George Mason University. The Economics Institute seeks to give judges a “basic knowledge of economics principles … thereby improving the development of the law and benefitting America’s free enterprise system.”

In reality, the Economics Institute, founded by Henry Manne in 1976, provides training in the libertarian- and conservative-leaning field of law and economics. According to Steven Teles’ book, The Rise of the Conservative Legal Movement, Manne was the “first organizational entrepreneur” of the law and economics movement: He found institutional homes for his Institute, sold the idea to corporate funders and made it respectable for judges to attend. Manne helped ensure that conservative “law and economics” thought was not merely a matter of academic concern, but that it had an immediate real world impact by encouraging judges to incorporate it into their legal reasoning.

This field developed into the area of law, which came of age in the 1970s and 1980s at the University of Chicago, with the prolific professor and federal appellate court Judge Richard Posner providing much of the scholarly heft. It focuses on a cost-benefit utilitarian analysis, promoting the ideas that someone can breach a contract when it is economically efficient to do so, that labor and environmental regulations and protections are harmful and expropriative, and that greater prison sentences reduce crime. Though it started as a fringe school of thought, law and economics proponents now hold a prominent place in conservatism and legal practice.

By 1990, the Economics Institute had provided training to 40 percent of federal judges—Democrats and Republicans—including Ruth Bader Ginsburg and Clarence Thomas. Though Manne claimed that the effect of the Institute is diffuse and has no direct impact on how judges decide cases, Ash, Chen and Naidu have shown that the impact is, in fact, huge. In order to prove this, they created a dataset of over 1 million judge votes across 380,000 federal appeals cases between 1891 and 2013, as well as 1 million criminal sentencing decisions in District Court between 1992 and 2011. They found that the language of the decisions, as well as the results in the decisions, changed significantly after a judge attended the two-to-three-week training at the Economics Institute.

With respect to criminal justice, law and economics proponents push the idea that stereotyping is economically efficient, and simple deterrence is the best way to reduce crime. As a result, the paper found that “Manne attendance is associated with harsher prison sentences imposed.” In practical terms, this means that, after attending the institute, judges increased sentence lengths by an average of 7 percent.

The authors also looked at how judges ruled on cases involving the National Labor Relations Board and the Environmental Protection Agency before and after attending the Manne Institute, because these two agencies are specifically criticized by proponents of law and economics. They found that “Manne judges exhibit a sharp and sudden increase in propensity to vote against federal labor and environmental regulatory agencies.”

After attending the Manne Institute, judges were also found to use the language of economics more often in their decisions. On federal appellate courts, judges sit on three-judge panels. The paper found that “economics language is contagious,” which meant that “judges who sit with economics-trained judges start to use more economics language.”

The Ash, Chen and Naidu paper shows that even if Democrats take back the presidency and the Senate, turning the judiciary in a progressive direction will be much more difficult than simply appointing new judges. Over the course of decades, law and economics has taken root in the courts and the law. To counter it, progressives will need a countervailing vision of the constitution, and an educational apparatus to disseminate the ideas through academia and the judiciary.